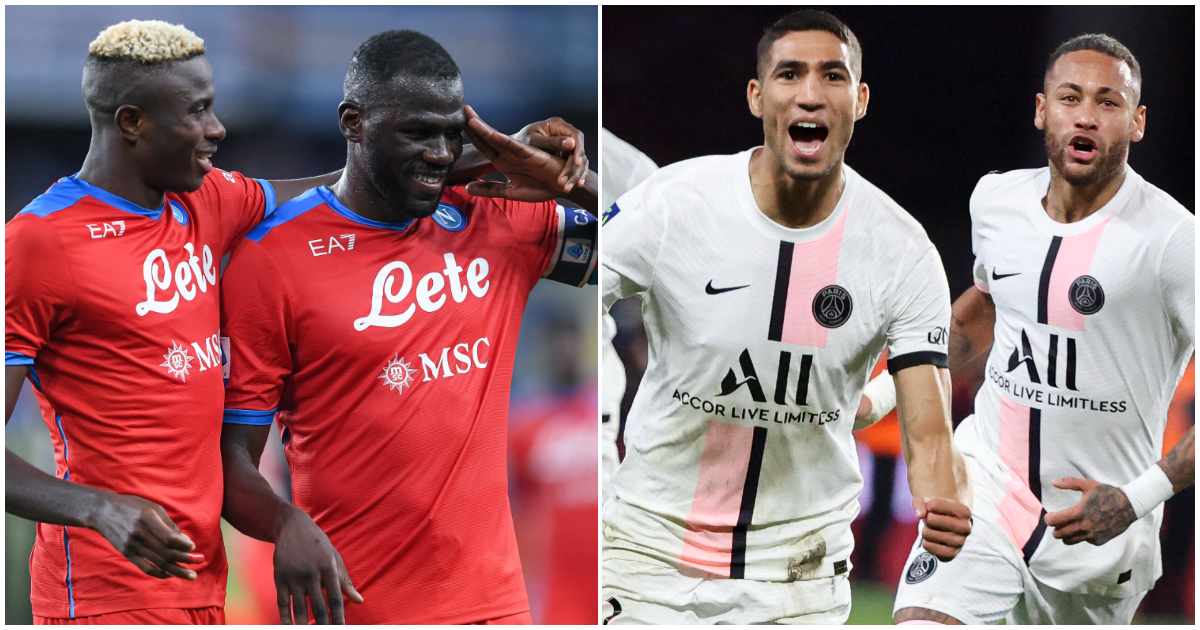 There are three Premier League teams among the dozen clubs unbeaten so far in Europe’s top five leagues. But PSG and Napoli are the only perfect sides.

Napoli continued their perfect start on Thursday by battering Sampdoria 4-0 – their second consecutive 4-0 win on the road. They, too, are halfway to matching Roma’s record in 2013 for most consecutive wins at the start of a Serie A season.

5/5 – #Napoli have won each of their first five Serie A seasonal matches for the third time in their history, after 1987/88 and 2017/18. Project.#SampNapoli #SerieA pic.twitter.com/NEQr1mRYxI

The closest Bayern came to defeat was on the opening weekend when they were perhaps fortunate not to lose at Borussia Monchengladbach. Since then, Julian Nagelsmann’s side have clicked into gear, scoring 34 goals in their last six games in all competitions.

Real owe much of their fine start to the creativity and goals of Karim Benzema and Vinicius Jr, especially while their defence has shipped more goals than any other club in this dozen.

Inter don’t seem to be missing Romelu Lukaku, not while they are spreading their goals throughout the team. No side in Europe has as many goalscorers this season as Inter’s 11, with Napoli and Chelsea on 10 each.

Chelsea’s unbeaten run faces a serious test this weekend when Manchester City go to Stamford Bridge. But after last Sunday’s win over Tottenham, Thomas Tuchel’s men are now unbeaten in six consecutive away games against big six opposition. Cheeky is backing the Blues at the Bridge.

Look at Liverpool, the plucky underdogs bloodying the big boys’ noses. Nah, we’re not having that.

Not bad for a team with a cheerleading PE teacher as manager. At least that’s what the Mailbox might have you believe. Still, United have veered wildly between brilliant and rotten, with stops everywhere in between already this season.  Ole Gunnar Solskjaer certainly has the quality at his disposal, now he needs the consistency.

Just 53 games more to go until Milan match the record set by Fabio Capello’s Invincibles through 1991-92 and into 1993. Crack on, Zlatan.

Mark van Bommel appears to have put his nightmare start to life as Wolfsburg manager, when he misunderstood the substitution rules and they were kicked out of the German Cup first round in his first game, behind him. Since then they won their first four Bundesliga matches of the season before a draw with winless Eintracht Frankfurt last week.

Storm the training ground and riot in January; begin the season unbeaten through August and September. There’s a lesson for us all there, courtesy of OM’s ultras. Jorge Sampaoli’s side will be keen to maintain their run through fixtures with Lens, Lille and Lorient before they face PSG in the first Classique of the season next month.

Much of the focus in Spain is on the shambles unfolding at Barcelona but at Atletico, something isn’t quite gelling. “We’re not where we want to be,” said Diego Simeone on Tuesday after a scruffy last-minute win against Getafe. But they have yet to lose and with arguably the best squad in La Liga, Simeone will be looking to get them purring again before Barca arrive in Madrid next week.