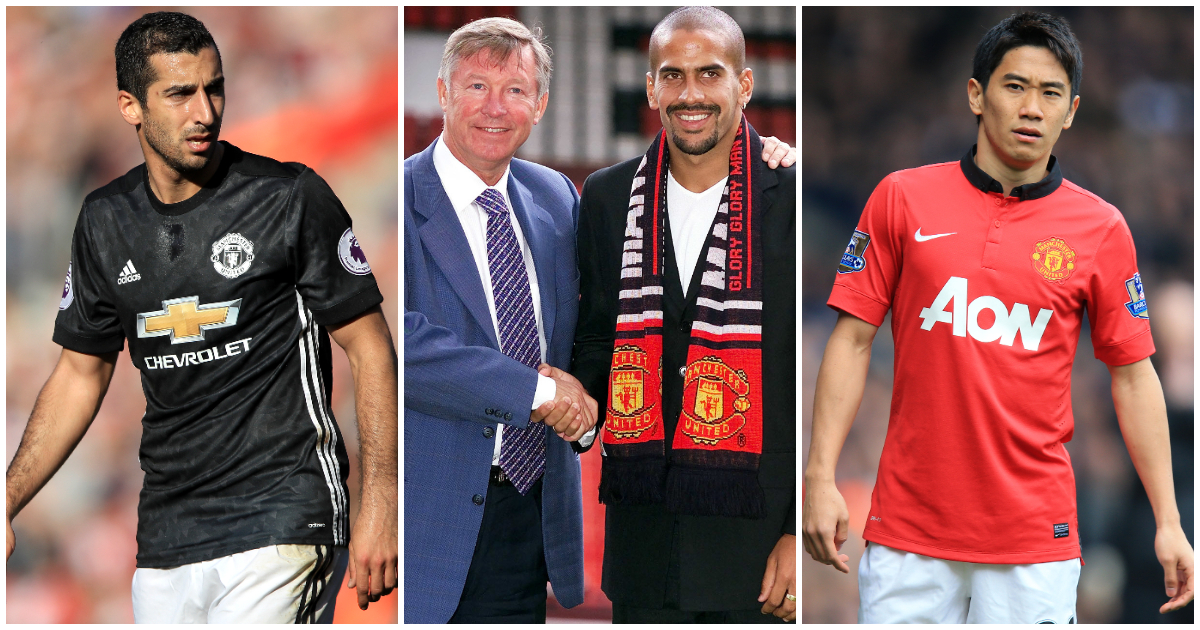 There is a strong #freeShinji vibe around Donny van de Beek. Juan Seba Veron proved there are no guarantees…

Shinji Kagawa
There is already a strong #freeShinji vibe around Van de Beek. And it is hard to ignore the parallels between two undoubtedly tidy, technical players recruited apparently without a clear idea of where they fit into the United XI.

Kagawa was signed in the summer of 2012, before the final season of Sir Alex Ferguson’s reign. Fergie seemed sure the Japan star would be a good fit: “I believe he will make an impact upon the team very quickly as he is suited to United’s style of play.”

As we know now, he was not. And the fact Ferguson – and the three other managers Kagawa suffered during his two-year stay at Old Trafford – refused to play him regularly in his best position, suggested that it was quickly apparent.

Kagawa made his name at Borussia Dortmund under Jurgen Klopp playing as a No.10 but he was given that role in less than half of his 56 appearances, 11 of which came off the bench. For the most part, Kagawa was stuck on either flank, predominantly on the left.

There were other factors involved in Kagawa’s failure. A knee injury early in his first season didn’t help, and the instability that comes with four different managers in two years hampered his attempts to settle too. But the fact none of those bosses were sold on the creative midfielder can’t have been a coincidence.

Kagawa has hardly made fools of any of those managers since (not that some of them needed the help). Kagawa is still only 31 and is starting out again at PAOK having rattled around at Real Zaragoza and Besiktas after four underwhelming years back at Dortmund.

The only correct word is 'Nowrich'

Ferguson might have been right on both counts when he launched a stinging rebuke to criticism of Veron in 2002 towards the end of his first full season at Old Trafford. But United and the Argentina midfielder just weren’t compatible with each other. As appears to be the case with Van de Beek.

Veron was indeed a great player. Many felt he was a sure-fire hit when he signed from Lazio for £28.1million; a sublime technician with the necessary bite to compete amid the chaos of the Premier League. He showed numerous glimpses of both traits and in two years, he built up quite the highlights reel.

Indeed, upon first sight of Veron, Nicky Butt assumed his days were numbered. “I was suspended for one of Veron’s first games against Everton and sat in the stands,” he told United We Stand in 2012. “He was unbelievable, so good that I never thought that I’d play for United again.”

But consistency eluded Veron which, as the player admitted, is a fatal flaw when it came to establishing himself in Ferguson’s XI, which already boasted a midfield of Butt, Roy Keane, Paul Scholes, Ryan Giggs and David Beckham.

Not that Veron rues joining United. His only regret is leaving Old Trafford for Chelsea, where he also flopped. “I wish I could have stayed at United longer,” he told FourFourTwo recently.

Angel Di Maria
Veron also enjoyed life in Manchester: “I actually found it tougher to live in London because I’m from La Plata which is a small city.” Which could not be in greater contrast to his Argentine compatriot.

Di Maria could not wait to get out of Manchester, especially while his wife was in his ear about the local women, food and weather. So when his house was burgled, Mr and Mrs Di Maria could not get away fast enough.

He showed similar fortitude on the pitch. There were glimpses of the form that made Louis van Gaal persuade Ed Woodward to fork out a club-record sum to sign Di Maria from Real Madrid, especially in his first few months at Old Trafford. But he soon disappeared up his own backside. After Christmas, his only goal came in an FA Cup win at Yeovil.

Van Gaal says he tried his best to accommodate Di Maria. “I always ask a player where he wants to play,” he told The Guardian in 2019. “For him, win, wide and mostly left. I started him there. He was not performing that well, to a level you could expect from an £80million player.

“I believe, then, that I have to see if another position is better for him. I have played him left winger, as the No.10, second striker and on the right. Then the critics say he is having to play in too many positions. I gave him all the chances that were there to perform well.

“Di Maria had a problem with the English football culture and the climate.”

And being a ‘complete fanny’ did him no favours.

Memphis Depay
Di Maria’s replacement came in the form of a young Dutch winger who had torn up the Eredivisie before joining United for £25million from PSV Eindhoven.

Similarly, Depay got off to an encouraging start. But it quickly emerged that, like Di Maria, he was never going to be Van Gaal’s cup of tea.

After his debut, Van Gaal said Depay played in “too eager a manner” and though he shone in Europe, the winger found the Premier League hard going. “It’s heavy, two games a week, always at a high level, and my body has to get used to that.”

Not that Depay let that affect his thirst for fun. The Dutchman was always determined to enjoy the trappings of fame and towards the end of his first – and only – season at Old Trafford, assistant manager Ryan Giggs was said to ‘despair’ of Depay.

Wayne Rooney also gave up on his team-mate within half a season.

“Memphis? He came on at Stoke and messed up for their goal so the manager made him play for the reserves the next day,” Rooney later told The Times. “I said, ‘look, it’s a bit difficult for you. Just don’t come in with all your fancy stuff’.

“And he turned up for the reserve game in his Rolls-Royce, wearing a leather jacket and a cowboy hat. I just thought ‘what’s the point?’.”

The Armenia midfielder lasted a few months longer than the other flops, for what little good it did him. Mkhitaryan spent much of his first season at Old Trafford on the receiving end of Jose Mourinho’s tough love but even during those bleak months, he made more appearances for United than Solskjaer is allowing Van de Beek.

Mkhitaryan found his happy place in the Europa League, scoring six goals in United’s run to the final and victory over Van de Beek’s Ajax. The confidence he took from those performances saw the former Borussia Dortmund star begin the following season on fire, with two goals and six assists in the first eight games.

But six subsequent Premier League games without a telling contribution saw Mourinho’s faith wane. Mkhitaryan was banished to the stands once more and, two months later, on to Arsenal in exchange for Alexis Sanchez.

He was an even bigger f***ing disaster.