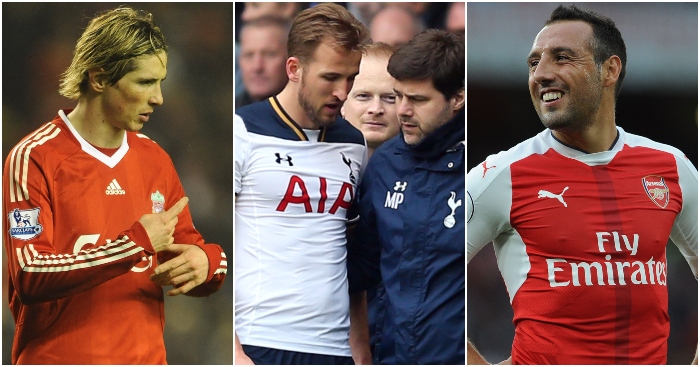 Virgil van Dijk has been ruled out for perhaps the remainder of the season and Liverpool fans are spewing. It’s hard to say how Liverpool will cope without the Premier League’s best defender but it’s hardly likely to improve their prospects. And it would not be the first time an injury has swayed the Premier League title race…

“We were affected as much as Arsenal were and it was without doubt a factor in both our seasons,” said Alex McLeish in June 2008, one month after comfortably guiding Birmingham to Premier League relegation. The Scotsman was half-right: the Blues picked up 12 points from 11 after their 2-2 draw with Arsenal the previous February, compared to 23 from 27 before.

McLeish can pretend that Martin Taylor’s infamous leg-breaking challenge on Eduardo nine years ago had a detrimental impact on both sides, but in truth it hurt only Arsenal. They entered St Andrew’s five points clear at the top of the Premier League, and left a shadow of the team threatening to end their four-year title drought.

Having lost just one Premier League game of 26 before their fateful February visit to the West Midlands, Arsenal drew their next three league games before losing to Chelsea at Stamford Bridge. One further defeat to Manchester United, as well as a Champions League quarter-final exit at the hands of Liverpool, turned a promising season into a devastating one.

The impact of De Bruyne’s absence in his debut campaign in England was perhaps understated. The Belgian was ruled out for ten weeks after tearing ligaments in his knee and ankle in the Capital One Cup semi-final second-leg against Everton in January 2016. City would go on to win the trophy – Manuel Pellegrini’s last during his stint as manager – but missed out on grander prizes without De Bruyne.

They slipped from second to fourth at least in part because of his injury, losing four of seven Premier League games, including against fellow title contenders Leicester and Tottenham. They were also knocked out of the FA Cup without their midfield talisman, who scored on his first game back against Bournemouth, before inspiring a Champions League quarter-final victory over Paris Saint-Germain.

Mailbox: Pickford should be sidelined for however long Van Dijk is

While the points gap to table-topping Chelsea increased by only one while Kane was missing with a knee injury, it is difficult not to view his absence as crucial to their eventual failure to win the Premier League title three years ago. In five league games without their leading striker, Tottenham scored just six goals.

A run of four straight draws from mid-October to early November meant that Tottenham wasted the opportunity to capitalise on each of their rivals slipping up at least once, and by the time Kane returned for a north London derby stalemate, Spurs had been overtaken by Chelsea, Arsenal and Liverpool.

Their struggles in front of goal against Bournemouth (1-1), West Brom (0-0) and Leicester (1-1) were pronounced, and those dropped points allowed Chelsea to build up a head of steam. The Blues were almost out of reach by February, but Tottenham might have been able to keep pace with Kane available.

In consecutive seasons, Cazorla suffered debilitating injuries before winter set in. The Spaniard missed five months after injuring his knee against Norwich in November 2015, and he never made another competitive appearance for Arsenal after off against Ludogorets in a 6-0 Champions League win in October 2016. He hsd played 35 of a possible 88 Premier League games since the beginning of the 2015/16 season.

On both occasions, Arsenal saw promising title tilts knocked off course. By the time Cazorla returned for the final game of the 2015/16 season, the Gunners had dropped ten points on the league leaders. And without their midfield talisman in 2016/17, Arsenal went from level on points with leaders Manchester City after eight games to fifth, 18 points behind champions Chelsea. Of Arsenal’s nine league defeats that season, Cazorla did not start a single one.

Cazorla’s ankle problems almost cost him his foot, which would have been far more tragic, even if Arsenal were left to rue on what might have been had the Spaniard been able to remain fit.

I had two years with Fernando when he made me feel invincible,’ wrote Steven Gerrard in his 2015 autobiography. ‘I always knew where he was, where he was going to move next.

The 2008/09 season should, in theory, have been even more productive. This was Torres’ second season in the Premier League, having established himself as one of Europe’s leading strikers in his debut campaign. He scored 33 goals and assisted five in 46 games in 2007/08, while Gerrard scored 21 and assisted 18 in 52.

Yet while the 2008/09 season is remembered for Liverpool almost ending their wait to win a top-flight crown, their Premier League title push was achieved despite their two best players rarely featuring alongside one another. Torres and Gerrard started only 14 league games together, of which they won 11 and drew three. If only it weren’t for those pesky hamstrings/groins/bar fights with DJs who refuse to play Phil Collins.

United were second when they went to Leeds in late September and they finished second behind Arsenal come the end of a season which their captain was absent for three-quarters of. But it may well have been a happier ending for the Red Devils had they not been forced to do without peak-Roy Keane for the majority of the campaign.

In truth, United coped as well as anyone could expect, initially at least. Sir Alex Ferguson’s side regained top spot within a month of Keane being crocked and they retained their position at the summit until mid-April, by which time they had squandered an 11-point lead to Arsenal, thanks in no small part to winning only five of 13 matches after New Year.

It is hard to imagine Keane accepting United’s standards slipping to the extent they did, no matter how impressive Arsenal were in chasing them down.