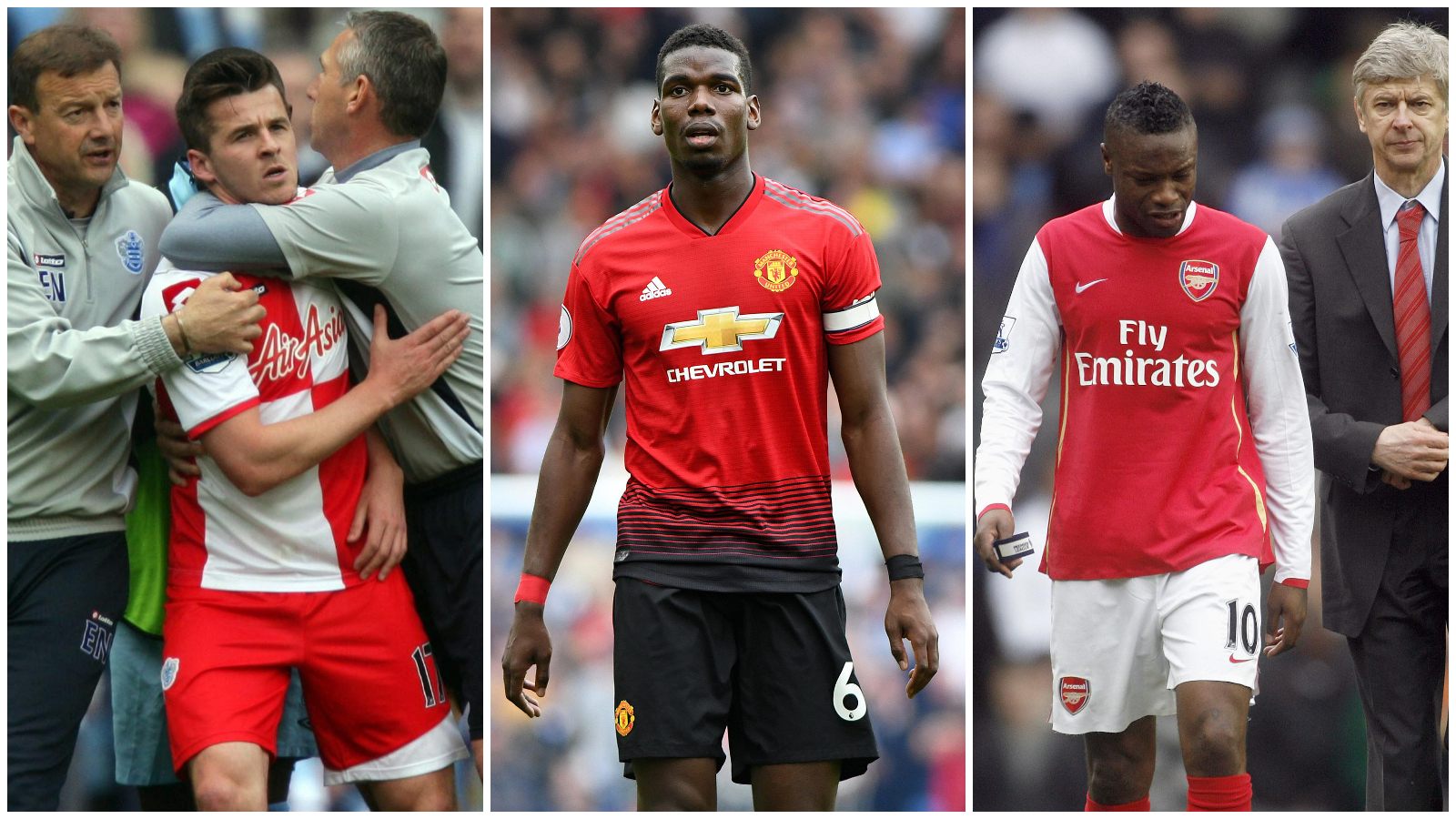 Tyrone Mings seems to have taken being stripped of the Aston Villa captaincy pretty well. The same cannot be said for some of this lot.

William Gallas
Arsenal haven’t had the best of luck with skippers. Pierre-Emerick Aubameyang and Granit Xhaka have both been stripped of the armband for various misdemeanours, but Gallas racked up a series of strikes against his captaincy.

Arsene Wenger surprised a few when he opted for Gallas as his skipper ahead of Gilberto when a departing Thierry Henry relinquished the role. The Arsenal boss even defended the Frenchman in the wake of his sit-down protest at Birmingham in February 2008. But the following season, public criticism of his teammates in his autobiography and the promotional interviews that preceded its release proved to be the final straw for Gallas as captain.

Even then, when Gallas criticised Robin van Persie and then Samir Nasri, Wenger wanted to stand by Gallas. But the manager felt compelled to act after a meeting in which his players made clear their views about their skipper. Immediately after, the armband was ripped from Gallas’s bicep and the defender was told to skip the following game at Manchester City.

Gallas did wear the armband at the Emirates again – but it was Tottenham he led out to beat the Gunners 3-2 in 2010, when Nasri refused to shake his former teammates’ hand.

Paul Pogba
Pogba had the vice-captaincy snatched from him by Jose Mourinho in 2018 when the then-Manchester United manager reached the end of his tether with the midfielder.

Offering Pogba the chance to be ‘second captain’ was one of Mourinho’s methods of pacifying the Frenchman in 2018, when he returned from the World Cup a winner and determined to force a move. Not for the first time and certainly not the last, United indulged Pogba and rather than sell him, they offered him more responsibility.

Pogba took Jose’s armband and wiped his arse with it. He skippered United three times, twice in the Premier League. After the first occasion, an opening day win against Leicester, he openly questioned Mourinho’s tactics. A week later, after phoning it in through a miserable 3-2 defeat at Brighton, Pogba admitted his “attitude wasn’t right”.

Mourinho waited another month before relieving Pogba of the duties he reluctantly gave him. Shortly after, the manager described the midfielder as ‘a virus’ but it was Pogba who won the battle of wills when Mourinho was sacked a fortnight later.

Pierre-Emile Hojbjerg
“I know what I want, the club knows it too,” said Hojbjerg in June 2020. “I want to play at an even higher level than I am currently. The relationship between me and Southampton is fantastic.”

Not so fantastic that it saved the Denmark midfielder from being stripped of the Saints captaincy. Ralph Hasenhuttl read Hojbjerg’s comments and decided he had to act, taking the armband from his skipper before sliding it up James Ward-Prowse’s appendage.

“No, he will not be captain,” said the Saints boss. “We had an agreement, and I made clear that if you decide not to extend your contract, you will not be captain of this team. He knows that he is an important player for this club. I think we have found a good agreement.”

Not so good to make him stay. Inside two months, Hojbjerg was off to Tottenham for £15million.

Chris Samba
The exit of Sam Allardyce in 2010 put a lot of people at Blackburn on the back foot, including Samba, who suggested he might leave Rovers if a bigger European club came in for him.

Ever the opportunist, Steve Kean saw a chance to assert his authority, announcing after a 2-0 home defeat to Stoke that Samba had been stripped of the captaincy.

“He wouldn’t have been captain because he’s looking to get away,” Kean said. “Until he says he is happy to stay we’ll look elsewhere in the club.”

Kean kept that promise, returning the armband to Samba shortly after suckering the centre-back. “The way he explained it to me was really good,” Kean said. “He said, ‘I’ve never asked to leave. All I said was that if a bigger club comes in I’ve aspirations to play in Europe and win things, then it’s something I would look at’.

“I stressed that we want to build a squad that gets us into the top half, then next summer we’ll make additions to try and challenge the top six. As soon as he heard that he was much more positive.”

Joey Barton
Losing the QPR captaincy was just one of the sanctions imposed upon Barton for his last-day meltdown at Manchester City in 2012.

The midfielder was around half-a-million quid out of pocket after his antics at the Etihad shortly before City won their first Premier League title in the only fashion that could have overshadowed Barton’s behaviour.

The ex-City midfielder was red-carded for violent conduct after elbowing Carlos Tevez. Then, in his attempt to “take one of their players with me”, he kicked Sergio Aguero and aimed his nut at Vincent Kompany.

It cost him six weeks’ wages in addition to an FA fine, with Barton also banned for 12 games. The captaincy was taken from him, and he was warned that another serious disciplinary breach would see QPR terminate his contract.