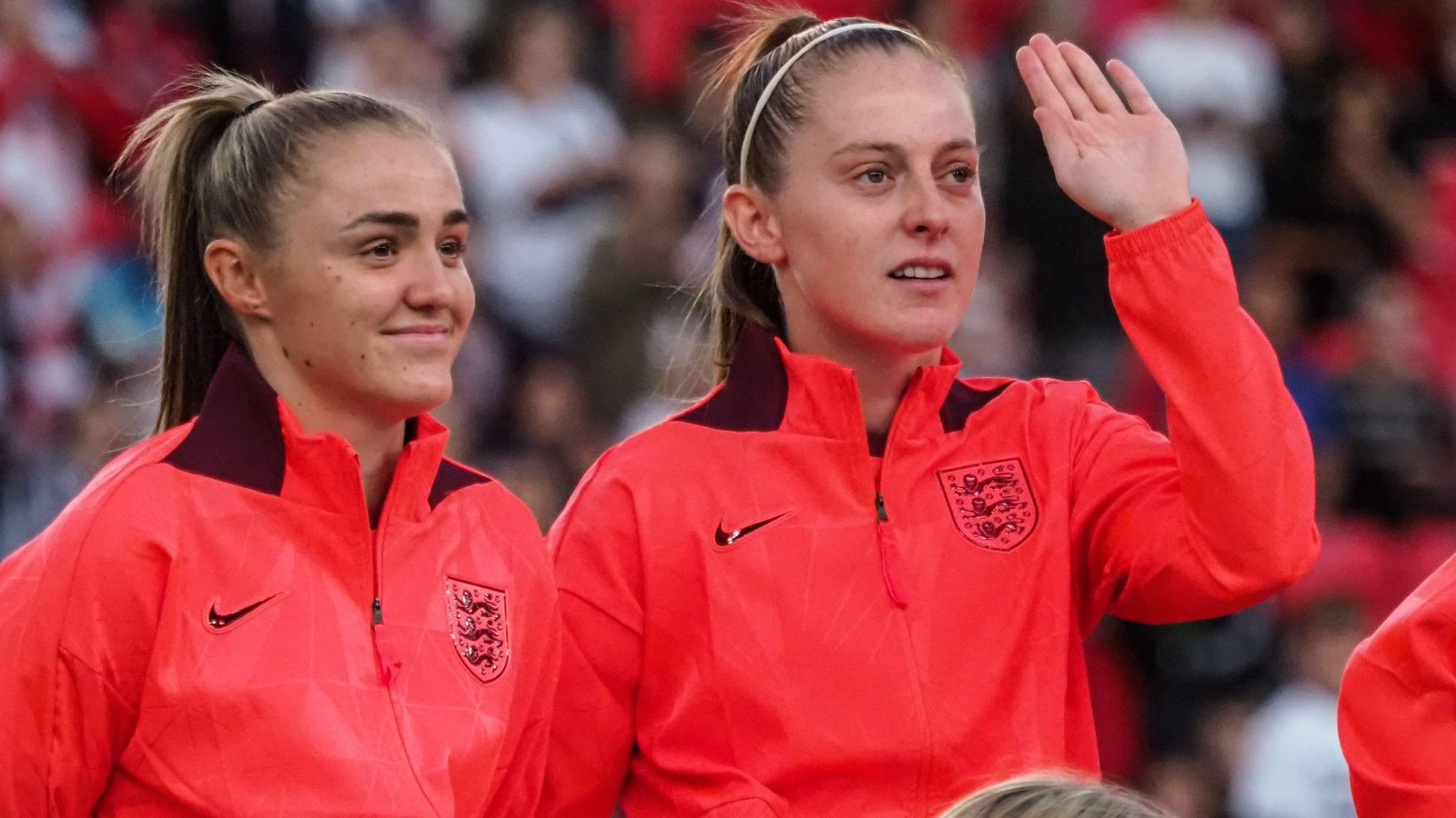 Even if Barcelona dispute that they’ve paid a world-record fee for Keira Walsh, the England playmaker undeniably now has the profile she deserves.

Here’s What’s So Good About the Barca new girl…

Who’s this then?
Keira Fae Walsh is a 25-year-old 5’6” creative midfielder from Rochdale. She played for Manchester City for eight years and has just signed for Barcelona for a world record fee of £400,000. She is currently the most expensive female footballer walking this earth.

A sporty kid, she was ranked number one in Greater Manchester in under-13 badminton but football was her priority and aged 17 she signed for Manchester City. A lifelong City fan, along with the rest of her family, she was to play for them for eight seasons from 2014, winning one Super League, three FA Cups and four League Cups, playing in 211 games and scoring nine times.

In 2017 she earned her first England cap and now, following the 10-0 win over Luxembourg has 50 to her name, along with the SheBelieves and Arnold Clark cups and of course this summer’s Euros winners medal.

She has become an indispensable part of the England team and, like others, credits Sarina Wiegman for giving her the confidence to play her own game and express herself. After coming in for criticism during the 2019 World Cup where England got to the semi-final only to be beaten by the USA by the odd goal, she sought help from a sports psychologist. Indeed, the whole team needed building back up following the departure of Silly Billy Philly to Inter Miami. Safe to say that has happened under Wiegman and then some. They have yet to lose a game and qualified for the World Cup next summer in Australia and New Zealand with an amazing record of played 10; won 10; 80 for; zero against.

Why the love?
When it comes to playing for England, she is in a team of big personalities, many of whom are more famous, or at least recognisably familiar than Keira. But not for no reason did she win Player of the Match (what’s wrong with Woman of the Match, if we’re keeping Man of the Match?) in their win over Germany in the Euro final.

She is quite literally the pivotal player in the team, the one with the vision and the ability to make defence splitting passes such as the brilliant ball to Ella Toone for England’s first goal in that glorious game.

England are far less effective when she isn’t playing or, as in the match against Spain this summer, she is marked out of the game.

She seems quite a sleight figure, looking about 10 stone wet through but don’t underestimate her strength or grit. She can screen the defence in that double pivot role very effectively, making blocks and presses to regain the ball.

She might not possess the physical presence of Lucy Bronze, Millie Bright or her pivotal buddy, Georgia Stanway, but that’s not her game. All the magic needed to be one of the best in the world is in her feet.

She reminds me of Declan Rice in how and where she plays, in that she can be a defensive midfielder playing at the top of the defensive third, breaking play up, but as soon as she has the ball, she can turn into playmaker, looking for that devastating through ball, moving through the thirds as she does so.

It is a position that you need confidence to play, however, and it’s easy to see how Wiegman has given her the confidence to play with her head up and in doing so, has transformed her from a good player to a great player.

She doesn’t score many but this is a piledriver…

Future days?
Well, when your local bus company has named the Rochdale to Rossendale bus after you, you know you’ve made it. Her departure from City along with Lucy Bronze, also to Barcelona, Caroline Weir to Real Madrid and Georgia Stanway to Bayern Munich reflects the changing times in women’s football, especially at City. It had been thought that the WSL would pull all the best players to it, but that’s not the whole story right now with City failing to qualify for the Champions League, and Stanway suggesting the squad needs a serious reboot, playing in Europe seems a far more viable pathway to success.

Keira will have to fight for her place when Alexia Putellas eventually recovers from her ACL injury, but a side with both of those players on the field is going to take some beating. With the World Cup, then the Olympics followed by another Euros, all between now and 2025, there’s going to be no shortage of exposure for Keira, not least next month when England take on USA to a sold-out Wembley crowd. At 25, she is starting the peak years of her career and it’s no coincidence that England have broken their semi-final hoodoo of recent years at this time. Like the whole of the England team who have given us so much pleasure, made us feel so damn good, she seems to wear that fact very lightly and also like her team-mates is keen to use her and their success to force schools to give girls equal access to playing football as boys. That only 63 per cent do, is a disgrace and shows just how ingrained the sexist, bigoted and narrow-minded attitudes to girls playing football still is. That needs to change and do so quickly. It is simply very, very unfair and should be illegal.

I think history will judge this period as axiomatic in the making of a more fair football world for women and girls and ‘Wonder Walsh’ will be a major part of that story. Nae bad for a lass from Rochdale.