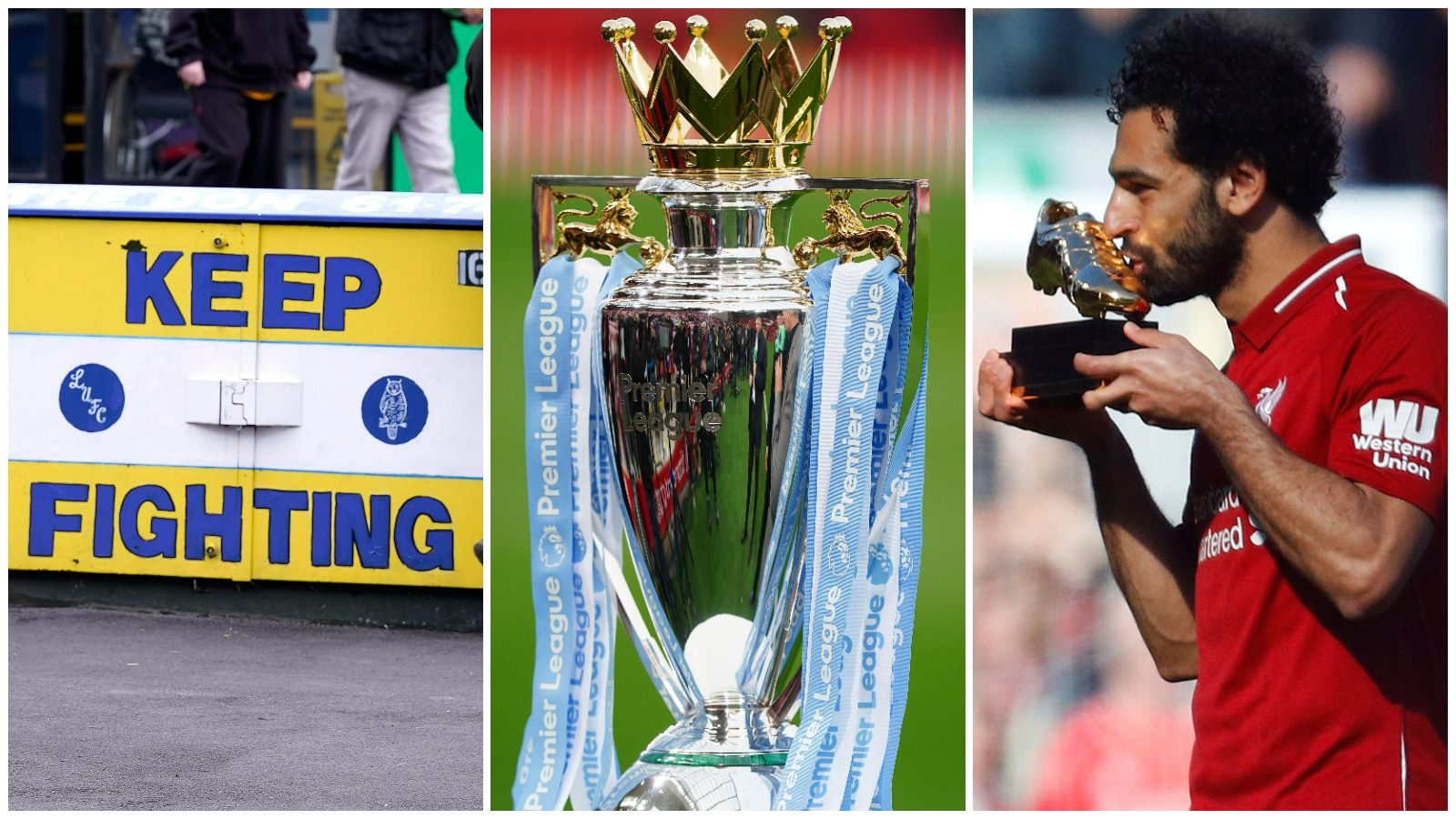 The Premier League title, Champions League places, Europa League places, relegation, the battle for the main road between London and East Sussex – it’s all up for grabs on Sunday.

Premier League title: Don’t know if you’ve heard, but the title race has gone to the wire. Manchester City win against Villa and the crown remains theirs. If they drop points and Liverpool win, the Reds win trophy number three on the way to the Quadruple and Steven Gerrard will be down the M62 from the Etihad in time to collect his first title winner’s medal.

Champions League qualification: The North London Trophy also comes with the bonus of a Champions League place this weekend. Arsenal appear to have f***ed it, allowing Tottenham to take the final place in the top four if they complete the simple task of not losing to already-relegated Norwich. They wouldn’t screw this one up, would they? They just might, you know…

Europa League qualification: Whichever of Arsenal or Spurs has the worst Sunday will go into the Europa League as the Premier League’s fifth-placed finishers. Manchester United currently hold the second Europa place but West Ham have their eye on it. United have 58 points with the Hammers two behind with a superior goal difference. West Ham need to win at Brighton and hope United draw or lose at Palace, which would be an entirely fitting end to their catastrof*** of a season.

Relegation battle: Everton clawed themselves out of the sh*t on Thursday night, leaving Burnley and Leeds to fight it out between themselves for the final ticket to the Championship. There are brown trousers everywhere on both sides of the Pennines, with Leeds and Burnley level on points but the Yorkshire side’s goal difference is a catastrophic 20 worse than the Lancastrians. So, at Brentford, Leeds need to better the result Burnley earn at home to Newcastle.

Golden Boot: With 22 goals so far, Mo Salah leads the race for the Golden Boot, currently held by Harry Kane. But Heung-min Son is only one behind. Spurs are at rock-bottom and relegated Norwich, while Salah might not feature for Liverpool against Wolves. Cristiano Ronaldo could steal it on the final day if he scores five against Palace.

Golden Glove: Alisson and Ederson go into the final day neck and neck in the battle for the Golden Glove. The Liverpool and City keepers have 20 clean sheets each. Unless Hugo Lloris can somehow muster five clean sheets from Spurs’ trip to Norwich, it’s a two-horse race for the shiny mitt.

Playmaker of the Season: A real award, apparently. One won by Kevin De Bruyne last season, but Salah is currently well-placed to make it a Golden Boot/Playmaker double while he leads with 13 assists. Trent Alexander-Arnold is only one behind his Liverpool teammate, while Jarrod Bowen, Mason Mount and Andrew Robertson all sit in third place on 10.

Ever-presents: Only David De Gea and Hugo Lloris have played every minute in the Premier League this season. The Man Utd and Spurs keepers are among seven players to have featured in every game, with Matty Cash, Conor Coady, Dwight McNeil, Illan Meslier and Bukayo Saka also looking for a full set of 38 appearances.

A23 Trophy: Brighton currently dominate the weird rivalry that exists between them and Palace, but the Eagles can leapfrog the Seagulls in the table on the final day. Palace need to beat Man Utd – easy – and hope Brighton lose to West Ham. That would leave both teams tied on 48 points but Palace have a better goal difference. Palace are also pushing to equal their highest-ever Premier League finish of 10th. Brighton have already secured their best ever Prem finish.

Second place in the eternal table: Manchester United remain 228 points clear at the top of the Premier League eternal table but the race for second is down to only three points after 1,151 games. Arsenal currently sit in the runners-up spot but Chelsea can leapfrog them this weekend – but only with an 18-goal swing. The Blues are at home to relegated and on-the-beach Watford. Attack! Attack! Attack!

Leicester can also move up in the eternal table, from 14th to 13th above Leeds, if the Foxes win and Jesse Marsch’s men lose at Brentford. In which case, they have bigger consequences to worry about.

Man Utd’s lowest finishing position: The wretched Red Devils have already recorded their lowest Premier League points total. The best they can hope for is a win at Palace to move them within three of 2013/14’s flops. United could also finish seventh which would equal their lowest finish, also from the Moyes season.

21.5% – There is a 21.5% chance that Manchester United will finish in seventh place, which would be their joint-worst finishing position in the Premier League along with 2013-14 under David Moyes, whose West Ham team could pip them to sixth. Views. https://t.co/eHJaJ6yW3L

Watford’s lowest points total: The 1999/2000 Hornets finished bottom but they earned 24 points. That is one point ahead of this season’s miserable haul. They go to Chelsea.

Payments for points: No club is guaranteed to finish in their current positions – really aside from Chelsea who would need to be on the wrong end of a defeat and an 18-goal swing for Spurs to claim third – and with The Athletic estimating that each place in the table is worth an additional £2.2million, Premier League chairmen will be expecting a final push on the last day. The financial difference between Brighton’s best and worst possible finishes is around £13.2million

Possible final positions ahead of the final day: