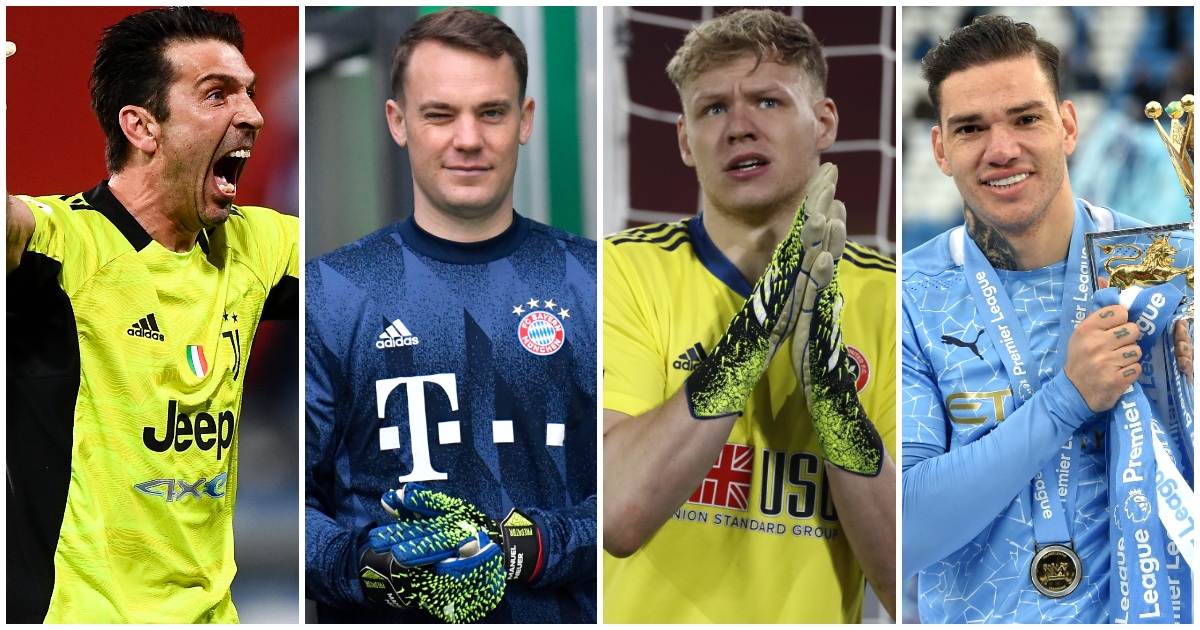 If Arsenal bow to Sheffield United’s reported demands and pay £32million for Aaron Ramsdale, then England’s fifth-choice goalkeeper will become the fifth-most expensive stopper in the world. Ever.

10) Kepa £71.6m
The Chelsea flop is the most expensive goalkeeper in history. Which remains as batsh*t mental as Arsenal paying in excess of £30million for a young keeper relegated in his only two seasons in the top flight.

It is hard to think how Kepa could have fared worse at Stamford Bridge. He arrived to replace Thibaut Courtois and the Blues can hardly claim that they rushed to a rash judgement because the Belgian Mr Tickle’s desire to move to Spain was clear for all to see for a long time. They had plenty of time to identify a replacement.

His first year wasn’t the error-riddled sh*t-show that his second season became, but he still made a fool of Maurizio Sarri when the coach wanted to substitute his keeper in the Carabao Cup final. When Frank Lampard replaced Sarri, Kepa’s form plummeted. He was dropped twice in Lampard’s first season in charge, then again early the following campaign, prompting Chelsea to sign Eduoard Mendy to replace him.

9) Alex Meret – £26.25m
The Italy keeper has been in and out of Napoli’s goal since he joined from Udinese in 2018. Initially he was rotated with David Ospina before Gennaro Gattuso decided he preferred the Colombian to mind his net.

Meret then earned another job-share opportunity, and his eight-game run of Serie A matches at the end of last season is double his previous longest streak.

Roberto Mancini seems to rate 24-year-old since Meret served as Italy’s third-choice keeper at the Euros, though he was the only player not to see any actual action.

8) Jasper Cillessen – £31.35m
Are we really to believe that Valencia coughed up in excess of £30million for a goalkeeper who spent the previous three years up to 2019 on the Barcelona bench?

Cillessen, then 30, made only five La Liga appearances in three seasons as Marc-Andre ter Stegen’s stand-in. He moved to Valencia in the same week Neto went in the other direction for a similar amount – apropos of nothing, a couple of days before their financial year end.

As a Valencia player, Cillessen has missed large chunks of his two seasons at the Mestalla due to injury and has been forced to relinquish his place as Holland’s No.1.

7) Jordan Pickford – £30m
Pickford was plucked from Sunderland in similar circumstances to Ramsdale. The Black Cats had just finished bottom of the Premier League, but Pickford was blameless in their shambolic demise. The then-23-year-old stood out – admittedly in a tiny field – as the club’s Player of the Year and he was nominated for the PFA Young Player of the Year award.

Pickford has had an erratic time at Everton, initially settling well and establishing himself as England’s No.1. Then,? after his first season, it all got a bit too ravey.

Which is why Rafa Benitez will have been thrilled to watch a calm, serene and solid Pickford in England’s goal at the Euros. Now he just needs to maintain that form through the Premier League season.

6) Thibaut Courtois – £35m
The Belgium keeper secured his dream move from Chelsea to Real Madrid in 2018 after winning the Golden Glove at the World Cup in 2018.

But it threatened to descend into a nightmare when he endured a rough debut season at the Bernabeu. He was dropped by Zinedine Zidane after a series of mistakes before he eventually turned his form around.

Last year, Zidane described Courtois as the best in the world – “I have no doubt about it, he’s proven that” – when he kept Real in the title race with a number of huge saves.

5) Francesco Toldo – £23.85m
Toldo was the Serie A goalkeeper of the year in 2000 and a year later, Parma agreed a fee with Fiorentina for the stopper to replace Gianluigi Buffon. The sale of Toldo and Manuel Rui Costa was set to relieve Fiorentina’s bankruptcy fears, but both players refused to go.

Toldo was furious that Parma’s bid had blown Barcelona out of the water: “I thank Parma for their interest but for me and my career, I think I need to take a different route,” he said. “I’m very unhappy. My move to Barca was finalised and now I discover I’ve been sold twice.”

Fortunately, it was third time lucky for Fiorentina when Inter matched Parma’s offer. Toldo moved to the San Siro and earned five Serie A titles and a Champions League winner’s medal before retiring at the club in 2010, though he spent much of the second half of his Inter career as back-up.

4) Alisson – £67m
Alisson remains Brazil’s No.1 but that period last season where he allowed his far less talented doppelgänger to stand in for him as Liverpool’s goalkeeper means he ranks below his national team deputy on this list.

Like Ederson, Alisson could hardly fail given how wretched the fella he replaced was. Going from Loris Karius to Alisson is one of the biggest upgrades ever to take place in any goalmouth.

Alisson spent only a month as the world’s most expensive goalkeeper ever before Chelsea did Liverpool and the rest of the Premier League a favour by signing Kepa.

3) Ederson – £34.7m
Manchester City made Ederson the world’s costliest keeper in 2017 when they bought him from Benfica. Sort of. Gianluigi Buffon’s move to Juventus in 2001 equated to more Euros at the time, but City paid more pounds sterling for Ederson.

His initial task was made all the more simple by City playing the ghost of Claudio Bravo in their goal the previous year. But Ederson offered more than simply a safe pair of hands.

He made big saves at crucial times in Pep Guardiola’s first Premier League title triumph – and those that followed – but his distribution over all distances has offered City a whole new dimension.

2) Manuel Neuer – £24.3m
It isn’t immediately clear how much Neuer cost Bayern Munich. When he moved to Bavaria from Schalke in 2011, Bayern paid an initial fee of £13million.

But with add-ons, it seems the final price was almost double that figure. The stipulations reportedly were that if Bayern won the Bundesliga twice and reached the Champions League semi-finals twice in Neuer’s first four seasons at the club, then Bayern would be liable for just over £24million. They met both targets, but were one more Champions League triumph away from having to cough up another £5million.

Regardless, it would have been money well spent. Neuer has reigned for much of his decade in the Bayern goal as the world’s best keeper.

1) Gianluigi Buffon – £31.2m
The Italy legend, arguably the greatest goalkeeper ever, held the title of the world’s most expensive keeper for 17 years after joining Juventus from Parma in 2001 for 100 billion lira, which equated to around €52million.

That not more eyebrows were raised at the time said much about how certain everyone was that Buffon would go on to become a great. Juve’s sale of Zinedine Zidane in the same summer perhaps overshadowed Buffon’s move somewhat, but both deals turned out to be inspired.

Buffon earned 10 Serie A titles and four Italian cups as a Juve player, becoming a World Cup winner along the way. He holds the record for most Serie A appearances,  the record for the longest streak without conceding a goal in Serie A and the highest number of caps for Italy.