Home F365 Features Rashford leads the ‘worst’ Premier League XI of the season: one per club 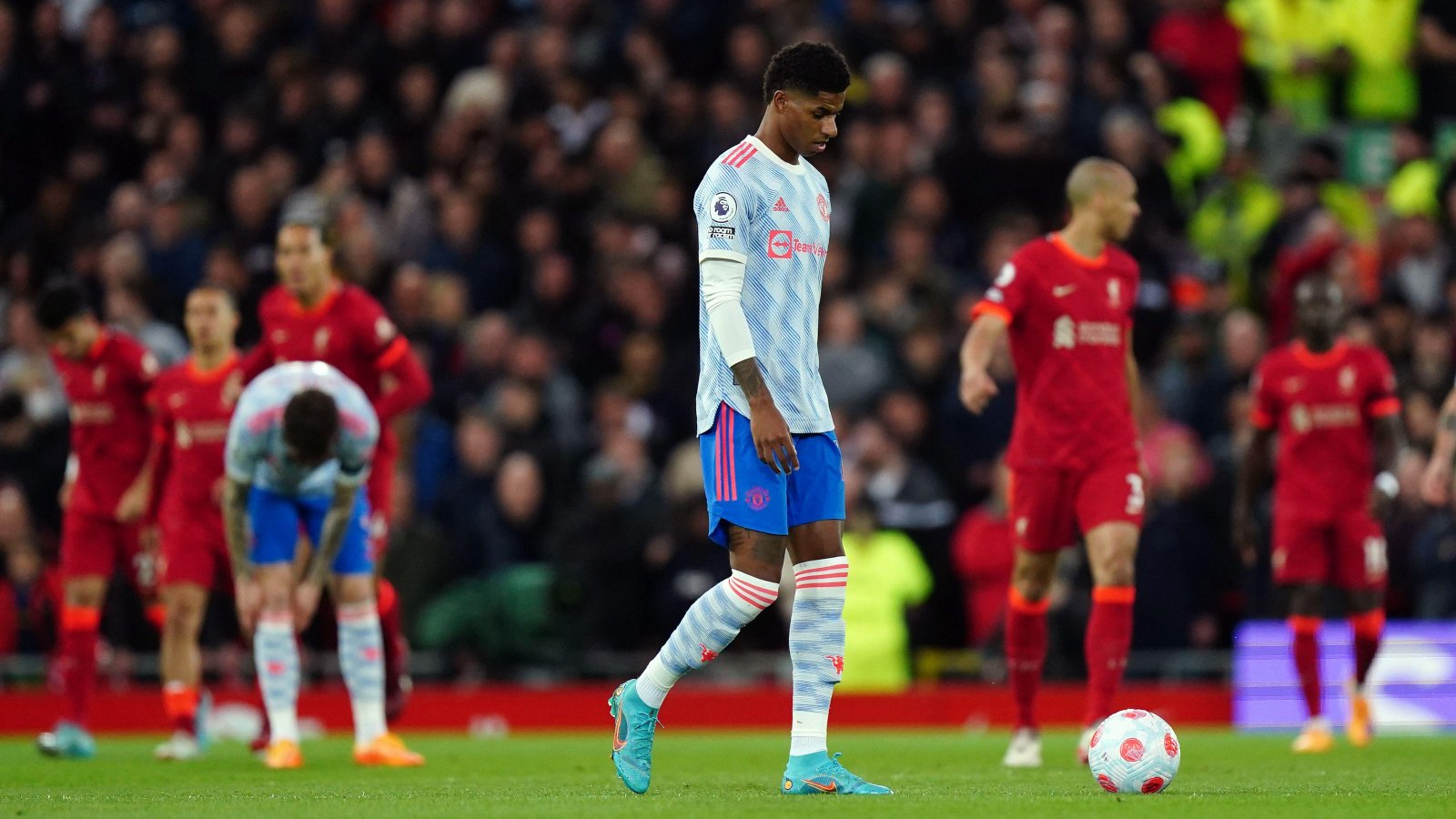 We have brought you the Premier League XI of the season and now it’s time for the ‘worst’ – constructed from WhoScored’s player ratings for those who have made 20 Premier League appearances or more and featured for over 1000 minutes, limited to one player per club for reasons of Norwich and Watford.

GK: Ben Foster (Watford)
The 39-year-old is leaving Watford at the end of the season, and is “excited by what the future will bring”. We would advise time on the golf course, midday pints and the occasional game of five-a-side after a campaign that’s seen him save 63 of 111 shots on target, giving him comfortably the lowest save percentage (58.6%) in the Premier League, and comfortably his lowest since a two-game spell with Kidderminster Harriers nearly two decades ago.

RB: Mads Roerslev (Brentford)
An assist and a late goal in the 2-1 win over Aston Villa in January, but no further goal contributions for Roerslev having played much of his season at right wing-back. A perfectly fine footballer though and at 22 he has plenty of time to develop.

CB: Ezri Konsa (Aston Villa)
Konsa’s fine form last season had many questioning why his teammate Tyrone Mings had been selected for England’s Euros squad and not him. He was calm under pressure, throws his body in front of anything and everything, and keeps the ball smartly and effectively.

Much of that is also true this season, but he has also made a few costly errors. Steven Gerrard may look to provide healthier centre-back competition next season.

CB: Daniel Amartey (Leicester)
Amartey starting 22 Premier League games this term tells you more about how Jannik Vestergaard’s debut Foxes season has gone more than anything else. After his £16m from Southampton the Denmark international started five of their first seven league games, but just two since, in which they conceded nine goals.

Amartey has been, and always should be, a versatile option to be used sparingly. Brendan Rodgers has got quite the overhaul on his hands.

LB: Nuno Tavares (Arsenal)
Undoubtedly a talented footballer who’s struggled, particularly defensively, in his debut Premier League season, and has suffered due to the inevitable comparison with Kieran Tierney. Most of the time watching Tavares is spent thinking he would be a far better player if he took it down a couple of notches – he’s always on edge and therefore just as likely to do something daft as something brilliant. Calm down, lad.

DM: Ibrahima Diallo (Southampton)
Southampton have been at their best with James Ward Prowse and Oriol Romeu in the middle of the pitch, putting out fires where necessary and passing through the thirds whenever possible. Diallo – signed from Stade Brestois for £10m in October 2020 – has been a bit-part player under Ralph Hasenhuttl and is in a very large group of ‘meh’ Premier League midfield battlers. He’s not rubbish, but unnoteworthy.

CM: Adam Forshaw (Leeds)
Leeds fans got unreasonably angry about Adam Forshaw being in the mid-season version of this, failing to grasp the fact that these are entirely based on the WhoScored ratings.

And if they weren’t based on statistics, Forshaw wouldn’t be included, not because he’s too good, but because he’s too insignificant to be considered. A Championship-level midfielder unlikely to be playing in the Premier League much longer, whether Leeds stay up or go down.

CM: Sean Longstaff (Newcastle)
The 24-year-old has now been at Newcastle for 13 years and has an offer on the table to stay for another four. His current deal expires at the end of the season and Eddie Howe is desperate for him to stay and show the world he’s a “top player”. Is he though?

He’s now got five goals and five assists in 94 appearances, doesn’t create chances, ranks 13th at the club for tackles and interceptions combined, and a pass completion rate of 81% isn’t anything to write home about. He’s a box-to-box midfielder who doesn’t do much between them and rarely affects the game when he gets to either. Are we all missing something?

RW: Aaron Lennon (Burnley)
Lennon’s heyday was now well over a decade ago, swinging in crosses for Peter Crouch and Jermain Defoe at Tottenham under Harry Redknapp. Fair play to him to still be playing Premier League football while seemingly the majority of that team, which also included Michael Dawson and Robbie Keane, sit in judgement in various studios. Lennon should probably join them if he fancies it.

LW: Marcus Rashford (Manchester United)
It’s been 18 months since Rashford fired in the winner for United against Paris Saint-Germain in Paris, but it feels like far longer. The forward was being tipped to make all sorts of moves at that stage, to bigger and better things in Spain for nine-figure sums. He was as outstanding on the pitch as off it, scoring brilliant goals while saving the lives of children.

But inevitably, because people are idiots, a dip in form led to questions over his philanthropy – ‘stick to football’ and similar nonsense. A mural depicting a Manchester hero was scrawled over as he missed a penalty in the Euro 2020 final and he now cuts a forlorn figure at the lowest ebb of his career. Fingers crossed Erik ten Hag can be his saviour.

ST: Josh Sargent (Norwich)
A brace against Watford, including one absurdly good bit of improvisation, but no goals besides. But we thank you, Josh, for providing us with some vintage Jamie Carragher, laughing at his own prehistoric ‘joke’.

Josh Sargent’s wife will still be on his case! 👶🏼 #WATNOR