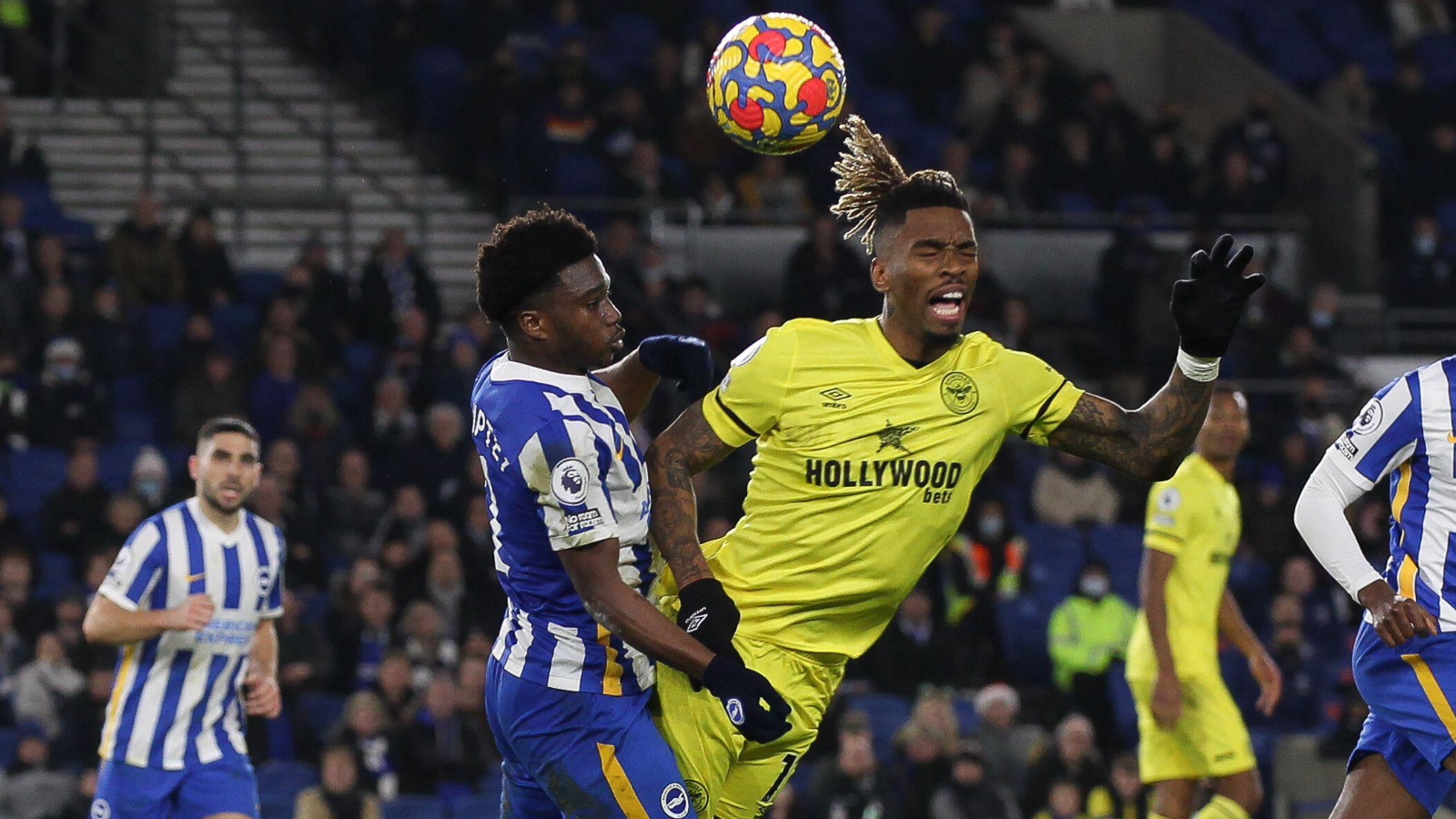 We’re never too far from a transfer window and a big concern for those outside the Big Six will always be hanging on to the players those juggernauts want to poach.

We’ve done an XI of Big Six stars in need of a step down, so of course we’ve lazily done the reverse. Here’s an XI of Premier League players ready to step up.

GK: Jose Sa
The best Premier League save percentage (83.1%) by a distance and only two goalkeepers – Illan Meslier (121) and David de Gea (112) – have made more saves than Sa’s 109 this season. He’s not bad with his feet either. If Erik ten Hag is ‘concerned’ by David de Gea…

RB: Tariq Lamptey
Well, this is embarrassing. Chelsea sold Lamptey in January 2020 for £1m and he’s now worth easily 20 times that much. Arsenal were interested before the turn of the year and Manchester United, who will definitely be in the market for a right-back, are also thought to be keen on the little menace.

CB: Max Kilman
Part of the fourth meanest defence in the Premier League, the 24-year-old – plucked from Non League Maidenhead in 2018 – has caught the eye of Chelsea through his displays in a breakout season for Wolves under Bruno Lage.

CB: Marc Guehi
Well, this is even more embarrassing. Chelsea sold Guehi – who has since become a full England international – to Crystal Palace for £21m in the summer, have spent much of the time since scrabbling around for viable centre-back options (Malang Sarr, FFS) and now face losing three defenders for next to nothing. Reports suggest the Blues already want Guehi back. Sigh.

LB: Marc Cucurella
A solid defender who’s comfortable in possession and a real danger in the final third, Cucurella’s been a brilliant signing for Brighton. Could easily slot into any Champions League side and not look overawed or out of place.

CM: Declan Rice
With West Ham valuing him at £150m, Rice will likely be out of reach of every Premier League club but Manchester City, who reportedly aren’t interested. But the best box-to-box midfielder in the Premier League should really be playing Champions League football, and while Rice doesn’t seem like the sort to down tools or force through a move, he must be yearning for the opportunity to play in games like those we’ve been treated to in this season’s showcase competition. Best win the Europa League, Declan.

CM: Yves Bissouma
Just like David Moyes with Rice, Graham Potter got a little tired of the questions surrounding Bissouma’s future in January. Pretty much every Big Six side has been linked with the Mali international – who frequents the top of the tackles and interception charts in the Premier League – at one time or another. Arsenal, Chelsea and Spurs could all do with someone like him, but their need is dwarfed by that of Manchester United, who should be rolling out a McFred-stained carpet for the Brighton midfielder.

AM: Jarrod Bowen
The winger looked like the most Liverpool of Liverpool signings before they plumped for Luis Diaz in January. A departure of one of the fab five (Firmino, perhaps?) could still see Jurgen Klopp’s side chase the West Ham star, but he seems to be the sort of player who will rise to the challenge at any club. He’s a real pain in the ass in the best possible way and 26 goal contributions in all competitions is a very decent return.

AM: Conor Gallagher
Fortunately Chelsea didn’t further f*** themselves in the summer having only allowed Gallagher to leave the club on loan. It’s worked brilliantly for player, parent club and Crystal Palace, who have helped to develop the midfielder into someone who’s now well placed to be on the plane to Qatar this winter. That was unthinkable after his dire spell at West Brom the season before. He’s more than ready to be a serious part of Thomas Tuchel’s squad at Chelsea.

AM: Raphinha
A Brazil international, almost certain to have earned a place in the national squad for the World Cup, will not be playing Championship football next season. And actually, whether Leeds go down or not, it’s unlikely he will remain in West Yorkshire. There were widespread claims in March that he had agreed terms with Barcelona, and if the Catalans don’t follow through, another European giant surely will – the guy can do special things with a football.

ST: Ivan Toney
He’s scored 12 goals, laid on four assists, created 257 chances for Bryan Mbeumo to miss and continues to appear in videos slating the team he plays for. Toney clearly thinks he’s a bit big time and he probably is. It’s almost weird that he doesn’t already play for Arsenal.