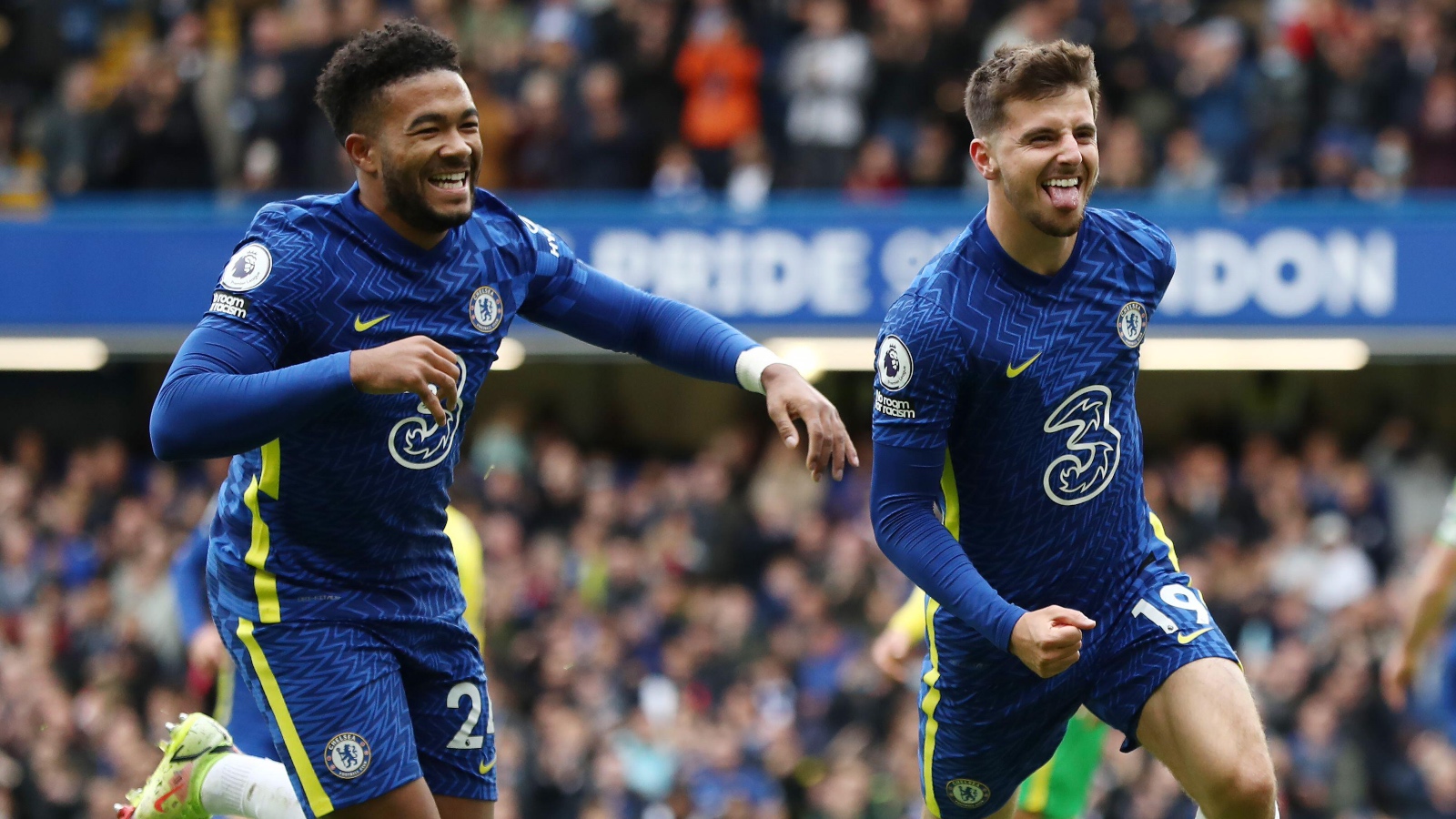 Trent Alexander-Arnold made the senior team so we’ve left him out of this one to make more space for others. All the players included had to be 23 or younger at the start of the season.

Here’s that senior team, by the way.

GK: Aaron Ramsdale (Arsenal)
The antithesis of the very best goalkeepers in the Premier League in that he’s ostensibly mad, but he’s very decent all the same.

Most questioned Arsenal’s decision to spend £25m on him, but very few would now. He makes outstanding saves – including that one against Leicester – his distribution is excellent and he doesn’t take life too seriously…

The film features another Arsenal goalie you might recognise, and recreates a moment Aaron shared with Leicester fans this season.

RWB: Bukayo Saka (Arsenal)
It looks as though Bukayo Saka won’t be playing Champions League football next term, and while it may have come a season too early for most of the Arsenal team, this lad, at 20 years old, is more than ready.

Despite missing the crucial penalty at Euro 2020, he was the breakthrough star of that tournament for Gareth Southgate’s runners-up. And he’s followed that up by topping the Gunners goalscoring charts on 11, with only Alexandre Lacazette (7) notching more than his six assists.

We’re not about to suggest he will leave Arsenal, but both Jurgen Klopp and Pep Guardiola would likely jump at the chance should he become available.

CB: Reece James (Chelsea)
We’ve slung him in on the right of a back three where he’s played frequently under Thomas Tuchel. It’s not his best position, but neither is right wing-back. What we’ve seen of James for the vast majority of his Chelsea career is him not playing in the role that suits him best: right-back.

He’s almost laughably unflappable. The occasion; who Chelsea are playing; his direct opponent – none of it matters to James. He has the confidence that he will get the better of anyone. And he almost always does, because he’s very quick, impossibly strong and very, very good at football.

CB: Cristian Romero (Tottenham)
Signing Cristian Romero on loan in the summer was quite the coup for Tottenham. The Argentina international had just won the Serie A defender of the year and was linked with a host of top clubs, including some competing in the Champions League. Director Fabio Paratici may be an irritant on the touchline, but they have him to thank for getting Romero through the door and potentially providing a key cog in Spurs’ side for many years to come.

The club reportedly need to give Atalanta £42m this summer to make the move permanent. His impressive performances – in which he has wonderfully combined aggression with composure – suggest Spurs would be mad not to take up the option.

CB: Marc Guehi (Crystal Palace)
Chelsea made a mistake, but Guehi didn’t. The door to a centre-back starting spot has been flung open at Stamford Bridge due to the departures of Antonio Rudiger and Andreas Christensen, and there’s little doubt that Guehi would be in Tuchel’s first-team plans next season had he gone to Crystal Palace on loan rather than in a permanent deal.

But Guehi wasn’t to know Chelsea would be scrambling for centre-back options this summer. He wanted security and Premier League game time and has found both under Patrick Vieira. He’s been fast-tracked to the Palace captaincy and is now well-placed to head to Qatar with England in the winter.

LWB: Marc Cucurella (Brighton)
The hair was promising, but the Spaniard still had plenty to do to become a Premier League cult hero in his debut season. Job done.

He celebrated his goal against Manchester United as though it was the greatest thing to happen to anyone ever, then graciously accepted both the Men’s Players’ Player of the Season and the Supporters’ Player of the Season at Brighton’s awards do while further cementing everyone’s love for him: “Ey, gaffer, next season put me on the bench – I don’t like speaking English!” Oh Marc, come here you little ragamuffin.

Both Manchester City and Chelsea are reportedly interested in a £35m move for the left-back this summer and it’s plain to see why that’s the case. He is a cult hero, but also a very fine footballer.

DM: Declan Rice (West Ham)
West Ham reckon he’s worth £150m, which is fair enough: he is quite possibly the difference between European football and a bottom-half finish. The problem for Rice – and we are assuming he sees it as a problem as he still has designs on playing in the Champions League – is that no club except Paris Saint-Germain (please, God no) and Manchester City are likely to have the wherewithal to meet that demand.

City are rumoured to be after Kalvin Phillips, who would cost a fraction of his international teammate, meaning Rice is looking a bit stuck.

Phil Foden agrees to sit on the bench for six years

In the three-and-a-half years since Foden agreed to sit on the bench for six years, he’s started 97 games for Manchester City, has 45 goals and 30 assists, and has won three League Cup trophies, the FA Cup and two Premier League titles.

Although Pep Guardiola frequently tinkers with his team in City’s biggest games, he invariably includes Foden. The 21-year-old has started all but one of their Premier League clashes against Big Six opposition, with perhaps the one truly massive game he hasn’t started this season being the quarter-final first leg against Atletico Madrid, when he came on to brilliantly assist Kevin De Bruyne.

AM: Conor Gallagher (Crystal Palace)
Gallagher’s brilliant all-action displays for Crystal Palace earned him an England call-up, where he further impressed, and Vieira has used that as evidence that a return to Chelsea isn’t necessarily the best way forward for the loanee. It probably is, though.

Tuchel is well aware of the “rebuilding” job he has on his hands at Stamford Bridge this summer and has said Gallagher will be a part of that. N’Golo Kante is getting on, has featured less and less. and has been linked with a move to Manchester United; Gallagher could be an excellent – if slightly different – replacement.

AM: Mason Mount (Chelsea)
Should Gallagher join Mount in the Chelsea line-up next season, opposition midfielders wouldn’t have a moment’s peace. Gallagher could take his ankle-biting to new levels by learning from the best.

Chelsea’s chief irritant is also their best forward by some distance. That could be seen as a negative as the vast sums of money the club have spent on top attacking talent has yielded very little. But it’s no slight on Mount, who having started the season slowly (like many England internationals after their summer exploits), should end it as Chelsea’s top Premier League goalscorer and assist-maker.

You’ll win one one day, Mase…

ST: Emmanuel Dennis (Watford)
The 24-year-old has been directly involved in just under half of Watford’s top-flight goals this season, with ten goals and six assists in 30 starts in his debut campaign.

West Ham are said to be keen on a summer move for the striker who has undoubtedly proven himself Premier League-worthy, not only through his goal contributions, but the chances he creates for himself and others, and the problems he causes for even the very best defenders in the division. £20m would be a snip.