Once seen as the world's best young coach, Andre-Villas-Boas left England as a laughing stock. Not any more... 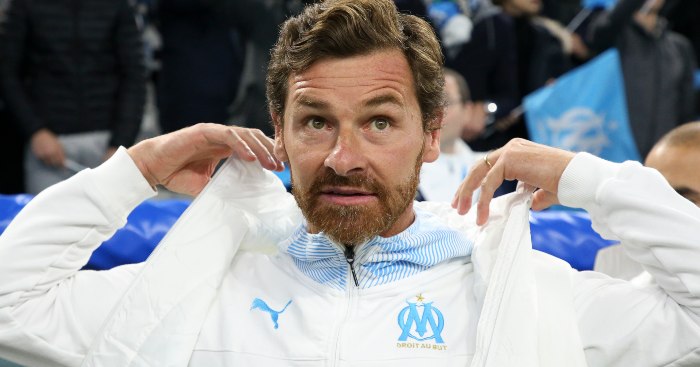 When Chelsea hired Andre Villas-Boas in 2011, they thought they hit the jackpot. He was the next big thing in football coaching and the ultimate disciple of Jose Mourinho, the greatest manager in their history. Then just 33, Villas-Boas, previously part of Mourinho’s coaching staff at Stamford Bridge, had just won four trophies with his beloved Porto. Building on the success Mourinho enjoyed, the comparisons didn’t stop there. It felt like he couldn’t fail, despite the pressure he would be under back in west London.

Working with Mourinho at both Chelsea and Inter, as well as Porto before returning to the club and sweeping all before him in just one season, and even having his own connection to the great Sir Bobby Robson, meant comparisons between the pair were unavoidable. But when the man replacing Carlo Ancelotti and costing a then-record £13.5million to get out of his contract is also being touted as the greatest modern manager’s heir, it cannot be helpful. Everything was set up for him to succeed, but it would go terribly wrong for both the club and Villas-Boas himself if he didn’t. He walked into a building still haunted by the ghost of his former mentor; the spine of the team he had helped coach to successive Premier League titles remained, only he was the man to move everything into a new era. Putting all of those factors into context, regardless of his reputation, it really wasn’t a surprise to see what happened next.

While Mourinho was backed in the transfer market and allowed to put his own stamp on the team from the off in 2004, seven years later, Villas-Boas was left relying on the players who he was supposed to be ousting and replacing. Juan Mata was the only summer arrival capable of making a difference, meaning Frank Lampard and Didier Drogba, who were a similar age to him, had to play a key role, despite it being a thinly-veiled secret that there were plans in place to look to the future. The situation he was working in, partly through his own choices and poor management, would become untenable.

By March 2012, nine months after his arrival, with the team floundering and outside the top four, Villas-Boas was sacked. None of what had made him so successful at Porto, the tactical flexibility, the youthful enthusiasm and the siege mentality which galvanised a lot of the talent many people assumed he would take to England with him, such as Radamel Falcao, James Rodriguez and Joao Moutinho, were evident. The man who simply couldn’t fail was out; battered and bruised.

Tottenham saw something, and replaced Harry Redknapp with him a few months later. The sale of Luka Modric, ironically enough a player he had been desperate to sign for Chelsea, to Real Madrid instantly put him on the back foot; but a fifth-placed finish with a then-record points total of 72, and in particular his work in bringing Gareth Bale inside and making him more of an all round attacking threat, reminded everyone of his coaching abilities. Bale soon followed Modric to the Santiago Bernabéu, and a reportedly uneasy working relationship with sporting director Franco Baldini meant the world-record £85million was spent poorly. He soon paid the price and his time in England was done; the road back would be a long one.

Yet, six-and-a-half years on, he is back on track. While he is still only 42, because of those damaging spells, the perception of him being young and hungry doesn’t really fit. Villas-Boas is taking the fight to Paris Saint-Germain in Ligue 1 with Marseille, as best as anyone can given the financial clout of the French champions; this all comes after time at Zenit Saint-Petersburg, where he won the Russian Premier League in 2015 and the cup a year later, Shanghai SIPG in China and even as a driver in the 2018 Dakar Rally. There aren’t many careers that match his in terms of intrigue; he may not have dominated coaching in the way people predicted at the beginning, but he certainly has enjoyed success on the world stage, and really has benefitted from being able to do that away from the spotlight.

Andre Villas-Boas' men are unstoppable at the moment pic.twitter.com/P2Z1kgSSWv

At Marseille, he is nurturing a talented squad of players at one of the most turbulent clubs in Europe. How could they be anything else with the likes of Florian Thauvin and Dimitri Payet in their squad? Needless to say, Villas-Boas walked into a circus last summer, left by Rudi Garcia; Marseille finished fifth, 30 points off PSG, and there was no quick fix in sight, yet AVB has shown himself capable of flourishing in tough circumstances and challenging atmospheres since leaving the Premier League with his tail between his legs. Usurping Thomas Tuchel’s men may be nothing more than a pipe dream, it would be difficult to imagine anyone for whom that wouldn’t be the case, but a return to the Champions League is very much on. The gap between the sides stands at 12 points, an eight-point cushion separates them from Rennes in third. With three wins from four, they’re on the home straight.

After years as something of a nomad, Villas-Boas is finally back in European football’s consciousness. Without the comparisons and the pressure, he is quietly going about his work and making a real difference, currently enjoying calm waters in the usually choppy ocean that is the Stade Vélodrome; though unrest is growing after the recent appointment of Paul Aldridge, a man heavily involved in Carlos Tevez’s controversial move to West Ham in 2006, as a special adviser.

Perhaps the mainstream was never his way, but he has clearly learnt as much from time in Russia and China as from the harsh lessons in England. Marseille should be his focus for now, but his work in the shadows is over; at just a year older than the age Mourinho was when he swaggered into the Premier League, perhaps Villas-Boas could soon be ready to finally show why he was seen as his apprentice in the first place.