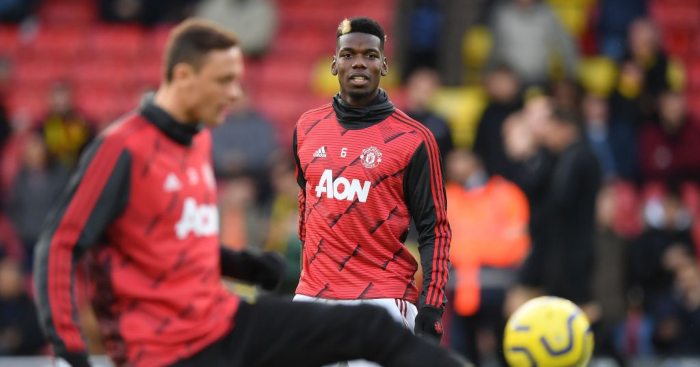 If Juventus can put forward a cash-plus-player deal – including former Liverpool midfielder Emre Can – for Paul Pogba then the Frenchman could get his wish to leave Manchester United in January, according to a report.

Pogba has seen very little action this season due to injury, making a long-awaited return from the substitutes’ bench in their defeat to Watford at the weekend.

With a move to Real Madrid seemingly ruled out for the time being, a return to Juventus now seems like Pogba’s only option should he wish to call time on his United career – something the club may have to consider given that there are only 18 months remaining on his contract.

According to Tuttosport, Juventus may finally have found the right formula to get the deal done, with a bid of €60m and Emre Can set to be enough to tempt United into selling.

Can has been a peripheral figure at Juventus since leaving Liverpool two years ago, and tensions between the player and the club grew when he was left out of their Champions League squad at the start of the season.

A return to the Premier League has been touted, with United potentially being interested in bolstering their midfield with the 25-year-old.

It is warned that Paris Saint Germain are also interested in Can, and could negotiate a swap deal of their own. Leandro Paredes is the player suggested as a makeweight, with Juventus having fond memories of him from his time in Serie A before with Roma and Empoli.

However, they would surely prefer to take Pogba back after the success he had during his first spell there, and the player is also said to be eager to head back to Italy, with Tuttosport claiming he is “fed up” at United.

Red Devils manager Ole Gunnar Solskjaer, though, says there is no chance of Pogba leaving the club in January.

“He’s not getting sold in January, no,” he said at his press conference before the Watford game.

“Yeah, of course (I understand the speculation about him) because he’s a fantastic player, a charismatic personality and for us we’re happy that he’s here.

“We know that we’ve got one of the best players in the world when he’s playing well, when he gets fit.”