Home All The News Fee agreed as Spurs ‘close in’ on £8.5m deal for Leeds winger 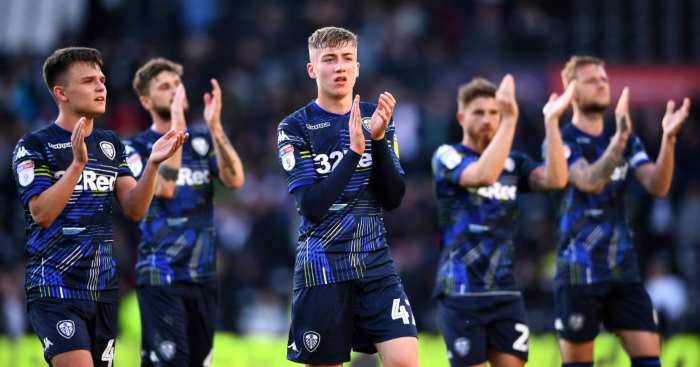 Tottenham are getting closer to sealing a deal for Leeds United winger Jack Clarke, according to reports.

The north London club have not signed a single player since Lucas Moura arrived in January 2018, with Kieran Trippier their last British signing in June 2015.

But Tottenham boss Mauricio Pochettino has identified Clarke as the perfect purchase ‘to boost his options in attack’, with Daniel Levy approving the return to a club policy of ‘signing the best young players from the Football League’.

Clarke, who made 25 appearances for the Whites last season, was part of the Leeds squad that lost in the Championship play-off semi-finals after being pipped to automatic promotion by Sheffield United.

The London Evening Standard claimed on Monday that a fee hadn’t yet been settled upon but Sky Sports now report that both clubs have agreed ‘a fee in the region of £8.5m’.

Talks between the clubs have ‘progressed over the last few days’ and ‘several elements of the deal are said to have been agreed’.

Liverpool were linked with Clarke, who has two years left on his contract, in February. The team they beat in the Champions League final does seem a more likely and suitable destination.