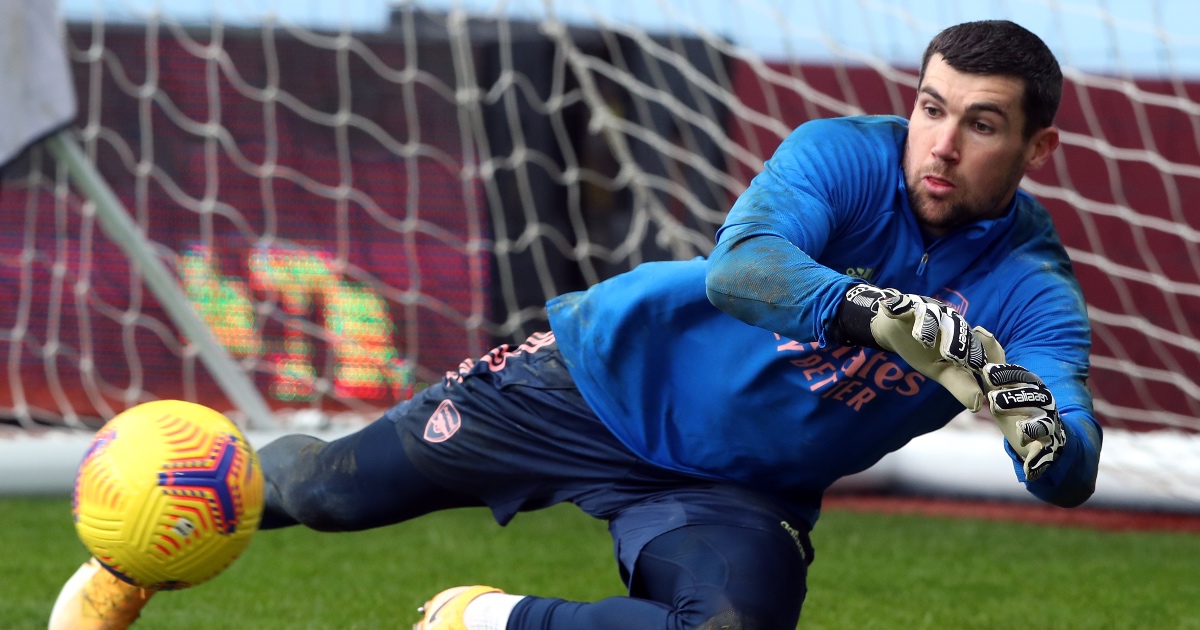 Arsenal will pay £5million to sign Australian keeper Mat Ryan from Brighton, according to reports.

Yesterday, it was revealed that the Gunners were in ‘advanced talks’ over a permanent deal for Ryan.

He originally joined on loan from Brighton in January, but now looks set for a longer stay at the Emirates.

According to Football Insider, Arsenal have agreed a £5million fee with the Seagulls for his services.

That sees Brighton halve their initial £10million price tag for Ryan, which is what put Arsenal off a permanent move in January.

The deal is expected to be announced in the coming weeks as talks are progressing well.

Ryan will sign a long-term deal to compete with Bernd Leno for a place in Mikel Arteta’s starting lineup.

His main job will be to act as the German’s backup, given Arteta’s trust in his number one.

Arsenal sold Emi Martinez to Aston Villa for £20million in September. The Argentinian has since made himself Villa’s number one, but it left Arsenal without a suitable backup for Leno.

Runar Alex Runarsson was one option already at the club. However, his performance in the 4-1 Carabao Cup defeat to Manchester City didn’t do him any favours.

Ryan has featured twice for Arsenal since moving to the Emirates.

He made his debut in a 1-0 loss to Aston Villa shortly after joining the club.

The 29-year-old also played in the recent 1-1 draw with Fulham, where Eddie Nketiah scored to rescue a point late on.

Ryan made over 120 appearances for Brighton during his four-year spell with the club. However, his number one spot came under threat following the promotion of Robert Sanchez to the first team.

What was surprising was the speed at which Ryan lost his place in the team.

The Australian international, capped 58 times by his country, played 11 times in the Premier League until mid-December.

After that he lost his place in the starting eleven to Sanchez and was forced to secure an exit.