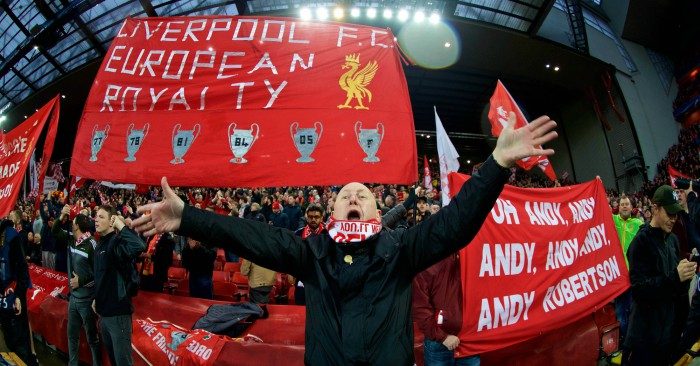 And then it was all over.

I love this moment in football, when we shift gear from an international tournament back to the domestic game, our dopamine receptors drenched in a post-coital World Cup glow. It is a very brief lull, and it offers a time to dream dream dream.

While it is still a month before the Premier League season starts and a week less until the Football League campaign begins, domestic football has already resumed in some places. The Scottish League Cup is underway. The Highland and Lowland League starts in less than two weeks and there are plenty of Champions League and Europa League qualifiers being played over the coming days. Who doesn’t love a game between Trakai and Irtysh, or B36 Tórshavn and Mladost Podgorica?

This is the eternal delight of football, all the way down the pyramid, all over the world. The wheel turns and a new cycle begins, everything is once again renewed and no-one has any idea how they will do this time around. Probably at least half of all clubs in every division, and possibly more, will feel they have a chance to fight for a promotion or play-off place, but equally worry they might struggle. None can predict with any degree of surity what position they’ll finish. And that is wonderful. That is sport.

Football remains impossible to predict but there is a very important exception to this commonality. At this time of year, as we draw breath and go again, it is clear that the top six Premier League clubs – Manchester City, Manchester United, Chelsea, Spurs, Arsenal and Liverpool – are not included in the pre-season thrill of anything being possible, not in quite the same way, and the other Premier League clubs also know their limitations already.

Those six now form their own mini-league within a league and as such feel rather out of synch with the rest of football. How long will they and us tolerate this?

It isn’t totally impossible that one of them might have a dreadful season and be supplanted by a club like Everton or Newcastle (stop laughing) but since Leicester’s win, the volume of their spending has ensured it has never been less likely and a look at the points totals from last season is very instructive in illustrating how quickly a gulf has opened. Even Arsenal, after having their worst season for decades, still ended up nine points ahead of seventh-placed Burnley and only the top six had a positive goal difference.

The drawbridge has been pulled up. The money moat is now too wide to cross. And as the money keeps the money, this situation will only harden.

And while it must be great to be a fan of any of those fine clubs, and I’m not saying there isn’t plenty for them to look forward to – there obviously is – I just wonder how it feels to know that you almost certainly will finish anything from first to sixth, at the outset of the season? The rest of us outside the PL don’t have a clue what our club will do, but they do. For them, football is a lot more predictable.

As a Boro fan I can imagine everything from winning the league to a relegation battle. No scenario seems especially likely or unlikely to me. And that is not uncommon for many supporters of many clubs. I wouldn’t want to be guaranteed anything right now, even if it meant being in the top six. It would rob away the romance and the anticipation and I think it might understandably invest you with a sense of entitlement. Rather, I want a sense of jeopardy and possibility to each season to give any success a sense of excited energy, not an established baseline beyond which you almost certainly won’t drop or which you will not exceed. That’s actually Anti-Sport, isn’t it?

When a top-six place is all but guaranteed, only winning the league offers the big thrill. It’s a bit like drinking. When you don’t drink, your first shot makes you all giddy, but if you’re a heavy boozer, it takes a litre of vodka to get to the same point of euphoria. The top six are very heavy drinkers now. It takes a lot to make them happy. Is that a good thing?

While the vast majority of the clubs we support know that a relegation battle is always a possibility, and no club is immune, as Sunderland discovered last year, the PL top six don’t know that feeling. They know with absolute certainty that they have not the slightest chance of a relegation battle. What must that be like? It must be like being rich and not worrying about paying your bills, but substituting that for worrying that the neighbour has got a more expensive flash car than you.

If that top six firms up into a season-in-season-out thing, my question is what will that do, firstly to how the supporters of those teams feel about a new season and secondly, what will it do for all the other teams in the league who already know, before the start that seventh is the highest they’re ever going to finish?

Isn’t it a bit dispiriting for all concerned?

If you’ve got six clubs that are incredibly financially dominant, isn’t it actually reducing the competitive nature of the league quite radically?

It must feel really odd going into a new season with a degree of certainty about your finishing position, and just as odd knowing that there’s a line in the sand beyond which you will not cross. Remember, no fan of any side in any other league feels quite like that right now. This is a Premier League-only thing.

So it’s worth asking if is this how we all really want things to be? It isn’t, is it? How could it be? Sport is about unpredictability and possibility. When you already know the top six next May, when it’s still July, then you’re being robbed of that.

If this how it is going to be from now on, wouldn’t it be better for those top six to compete with other financial elites, so they too can enjoy the uncertainty and possibility of this time of year, and in doing so let everyone else in the top flight be far more competitive again. It would also unify Premier League fans with the rest of us in feeling that right here, right now, before a ball is kicked, anything, good, bad or indifferent, is possible.

It is a brilliant feeling, and all of us should be able to feel it.