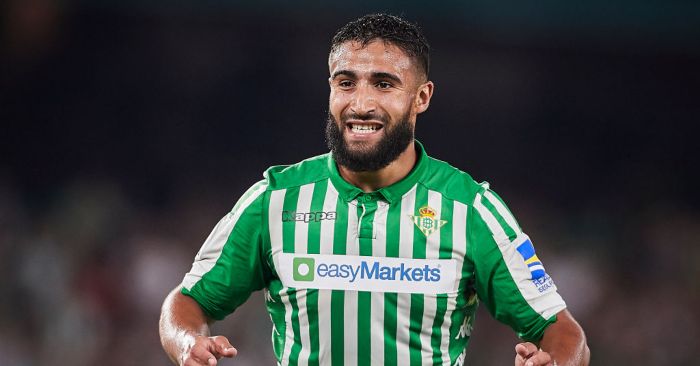 Nabil Fekir says “lots of lies were told” about his failed move to Liverpool last summer.

Fekir was expected to move to Anfield in June 2018 after Liverpool agreed a £53m fee with Lyon to sign him.

But the French side broke off negotiations soon after, with reports emerging that the player had either failed his medical or Liverpool tried to renege on the deal after an issue with his knee was uncovered.

Liverpool have been particularly quiet on the situation, with Jurgen Klopp uttering just 68 words on Fekir and shrouding the actual details in mystery.

The player, now at Real Betis, says “lots of lies were told” at the time and that “even I don’t know” the truth as to why Liverpool pulled out of the deal.

“I tried not to let it affect me but it did play on my mind, even if it was unconscious and I kept telling myself that it was just fate,” he told L’Equipe.

“I still think about it, but with no regrets.

“Lots of lies were told and they affected me. Especially those told about my family. It hurt them and me, especially when you know that what’s being told is false.

“What was said is not the truth. My knee is good – I had a quick medical check at Clairefontaine – my knee wasn’t even mentioned.

“If my knee had been in such a bad state, would Aulas have made [a huge offer to keep me]?

“But the worst thing is the idea that people could suggest that it’s because of my family that the transfer didn’t happen. It’s a lie. But you have to live with it.

“You want the truth? Even I don’t know – I promise you. I did my medical and then [Liverpool] decided not to sign me.

“At some point they wanted to have me believe it was because of my knee – but an excuse needed to be found.”