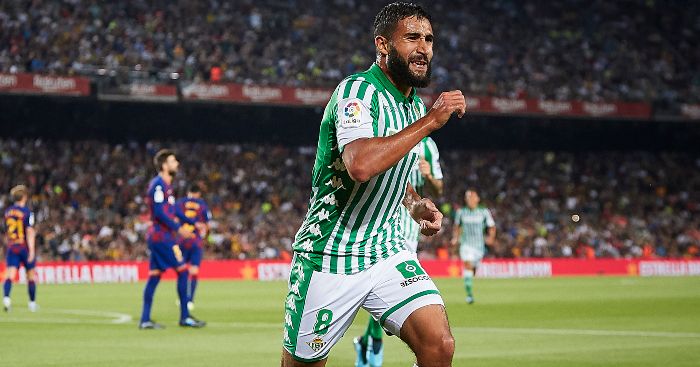 Nabil Fekir’s former agent has countered the France star’s claims over the breakdown of his move to Liverpool.

The Reds were on the verge of signing Fekir from Lyon in a £53million deal last year before the move collapsed at the 11th hour with the player having posed for photos in a Liverpool shirt.

It was suggested that a medical had highlighted concerns over Fekir’s knee, but the player, who joined Real Betis for a knockdown fee this summer, dismissed those claims insisting they were just ‘excuses’.

Jean-Pierre Bernès, who represented Fekir at the time but is now involved in litigation against the star, has countered the playmaker’s version of events, saying the question marks over his knee formed only half the story.

“He has to stop this show and stop taking people for fools,” Bernès told L’Equipe via our friends at Sport Witness. “Everyone knows what happened.

“The transfer to Liverpool has turned around for two reasons. The first is his knee, even though the English club’s leaders were willing to make an effort on this.

“The second is the appearance of a foreign pseudo-representative who asked for the negotiations to be resumed from the beginning at the moment of signing.

“Between this episode and the medical visit, Liverpool’s leaders decided to abandon the case.”