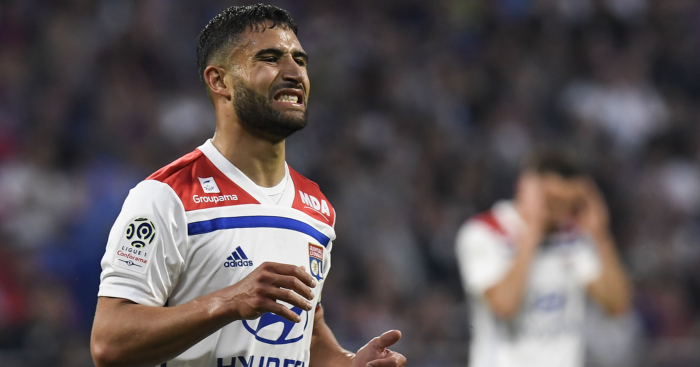 Lyon have called off negotiations for the sale of Nabil Fekir to Liverpool, the French club have announced.

The France international was expected to join Jurgen Klopp’s side before Les Bleus left for the World Cup, but OL have now ended talks and called off the deal.

Lyon said in a statement: “Olympique Lyonnais informs that the tripartite negotiations with the Liverpool club and Nabil Fekir for the transfer of the captain of OL have not succeeded and that Olympique Lyonnais has decided to put an end to this negotiation tonight at 20h.

“Although the club Liverpool has been the priority of a possible transfer of Nabil, and subject to other proposals consistent with the interest of Nabil and OL and from ambitious clubs, Olympique Lyonnais is delighted soon to be able to count on the presence of his captain who is a leading rookie for this season 2018/2019 during which the club will play the Champions League being in the 3rd hat of the draw.”

The 24-year-old was being courted by Liverpool as a replacement for Philippe Coutinho, who joined Barcelona in January.

There were doubts as to whether the playmaker would pass a medical with the Premier League side due to a knee injury.

However, Daily Mirror journalist David Maddock thinks there could still be life in the deal.