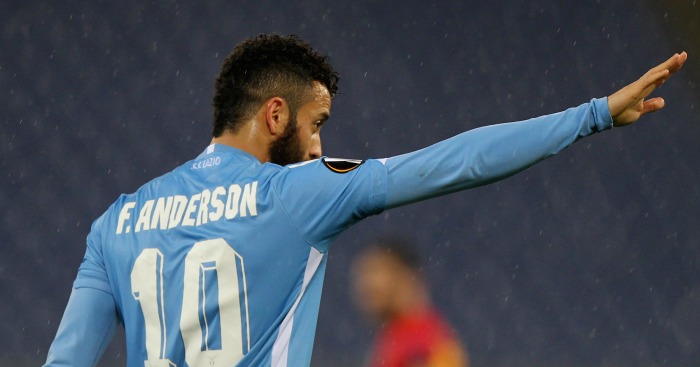 The Brazilian was rumoured to have been the subject of a £40m bid from United – desperate to add more pace to their attacking midfield ranks – but the Italian side held firm.

Lazio have had a poor season – currently sitting in eighth – and Anderson is expected to attract more interest this summer.

“Whenever we’re approaching the transfer market there’s a lot of talk about my future,” the Brazilian told UOL.

“For two years my name has been linked with several European clubs. I continue to work and think only of Lazio, otherwise I just risk being distracted.

“My goal is to do well with Lazio and the Brazil Olympic team, I’m not thinking about anything else.

“I want to finish the season well, and I want to show my potential so I can be called up.

“Manchester United? An offer came in last year, Lazio have confirmed that’s the case too. They preferred to keep me, though, to have a great season.

“Unfortunately we were unable to repeat our achievements of last year, but we’re continuing to work hard, we’ll see what the future holds.”