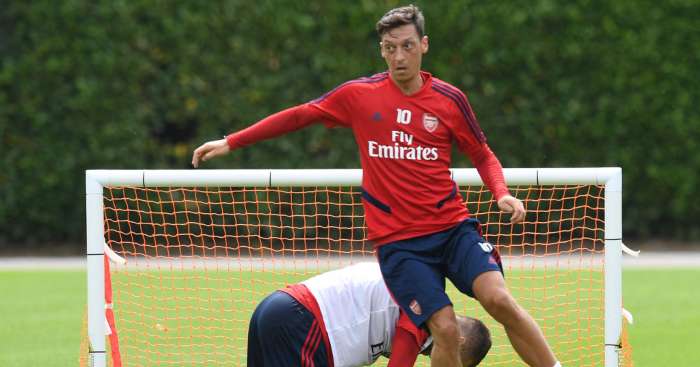 Fenerbahce want Arsenal to pick up a large percentage of Mesut Ozil’s wages if they are to sign him on loan this summer, according to reports.

Reports in Turkey claim that Unai Emery has given Ozil the all-clear to leave the club this summer as he wants to free up his wages for other transfers.

Ozil’s inconsistent performances have not been good enough for a lot of Arsenal supporters considering his huge £350,000 a week wages.

The German only made 24 appearances last term and there has been speculation that he will move this summer, with Turkish side Fenerbahce linked.

And Fanatik (via The Metro) claims that Fenerbahce are looking to seal a season-long loan deal for Ozil with Arsenal paying £5.5m of his £13.5m annual wages, while the Turkish outfit pick up the other £8m.

The report adds that despite it being a chunk off the Gunners wage bill, it would be unlikely that Fenerbahce would be able to include a loan fee in the deal.

He told The Transfer Show: “Fenerbahce are looking into the possibility of signing Mesut Ozil from Arsenal.

“I don’t think Fenerbahce could really afford to buy him outright so what they’re looking for is a loan deal whereby Arsenal would continue to pay a percentage of his wages.

“Ozil earns £350,000-a-week but I don’t think there’s any way Fenerbahce could afford that, but if there was a way they could come to some sort of agreement with Arsenal where they would carry on paying some of those wages then it could happen.”