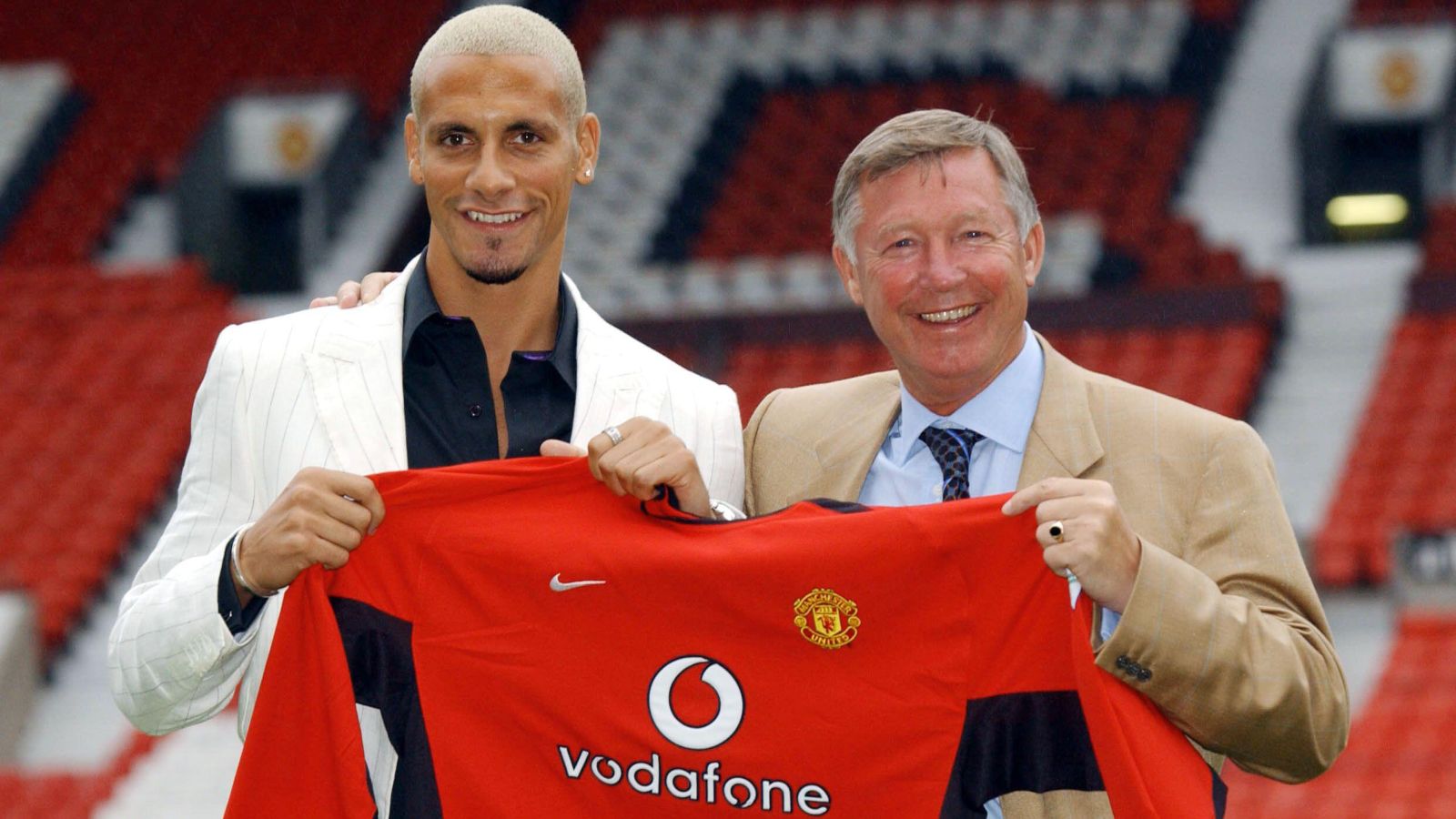 Former defender Rio Ferdinand admits that he told a fan that Man Utd were a “dead team” and that he would never play for them.

The ex-England international made the controversial decision to swap Leeds for arch-rivals Man Utd in 2002 in a £33.3m deal which made him the most expensive British footballer in history at the time.

It would prove to be a good decision as the Yorkshire side were relegated to Championship two seasons later, while Ferdinand went on to win six Premier League titles, two League Cups and a Champions League at Old Trafford.

Before he moved to Man Utd, Ferdinand recalls speaking to a Red Devils fan in Majorca and told him that he would “never” move to a “dead team” like Sir Alex Ferguson’s side.

Ferdinand told William Hill: “Frank Lampard and I went to Magaluf one year, it was FA Cup final weekend and Manchester United were playing Newcastle. I was in the toilet and a United fan came up to me and went ‘I bet you’d love to play for us, wouldn’t you?’ and I went ‘never would I play for Man United ever, dead team, no chance.’ That was because I was jealous as they just kept winning.”

On why he eventually chose to join Man Utd, Ferdinand added: “I first spoke to Sir Alex [Ferguson] during the 2002 World Cup. I played well in the tournament and I remember I was speaking to some of his players like Nicky Butt and they were saying ‘you’ve got to come to Man United, it’s bigger than being with England.’

“My whole being of being a footballer was winning and up to that point I hadn’t won anything. I needed to go [to Man United], I couldn’t waste any more time. I loved it at Leeds, but I needed to go and that was it.

“When you first sign you don’t know what to call him [Sir Alex Ferguson]. He’s got such an aura about him, especially when you first go there. To be fair, he’s such a kind and giving human being of time and he really gets to know your personality and character.

“One of his best traits was that it wasn’t a blanket approach to everybody, he knew the right approach for each player. He would look at everything from a premediated angle, he was doing the mental health stuff before mental health was a thing.”

On new Man Utd boss Erik ten Hag, Ferdinand continued: “I just think he’s brought discipline. One thing I liked that he said was that he was happy with the ‘people he had bought not just the players.’

“It seems he’s brought in good characters, Casemiro is the obvious one, [Lisandro] Martinez is the right sort you want in games. Antony looks like he wants to be the main man and he’s enjoying the limelight. The right noises are coming out of the club at the moment.”

There have been a number of controversial incidents over the last couple of weeks involving VAR and Ferdinand has revealed that he isn’t much of a fan.

Ferdinand said: “You’d think with the computers and human eye they surely can’t get it wrong, but they are. I just feel the referees should go to the side on every big decision and go ‘bang, it’s my decision, I will tell you if that’s right’. You’ve got the video there, just do it. With the ones that are obvious, let someone at Stockley Park do it.