Home All The News Ferdinand blasts comparisons between Rashford and Owen 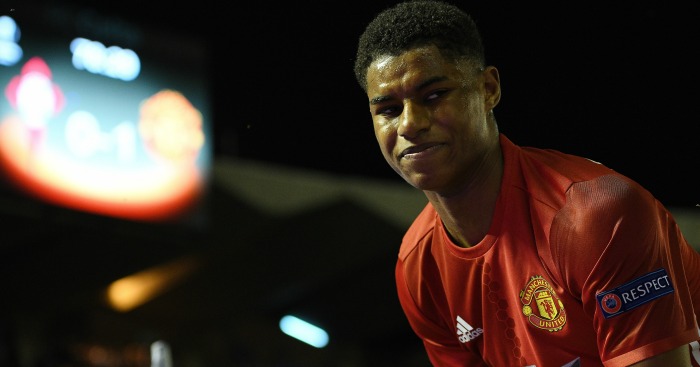 Rio Ferdinand has hit out at comparisons between Marcus Rashford and Michael Owen.

Rashford scored his 21st goal for Manchester United on his 76th appearance in a 2-2 draw with Stoke on Saturday.

The 19-year-old has been likened to Owen, who burst onto the scene as a teenager for Liverpool in 1996.

But Ferdinand has rubbished comparisons between Rashford and Owen, as well as the former Newcastle and Real Madrid striker and Ben Woodburn, the young Liverpool winger who is in the first-team picture at club level and on the international scene for Wales.

“You can’t compare these young boys nowadays to what Michael Owen was doing,” he told BT Sport. “We said it before the game: when he was the same age as Rashford, he’d won two golden boots in the Premier League and scored 50 goals. Rashford has got 20.

“They are great young players, these boys, but people seem to forget, and it’s half disrespectful in my eyes, when you start comparing – even look at the likes of Mbappe, if he’s going for that type of money now what would [Owen] be going for?

“I get frustrated because people forget, they forget too quickly what certain players are doing because when he came on, same with Wayne Rooney, you don’t get those players very often.”