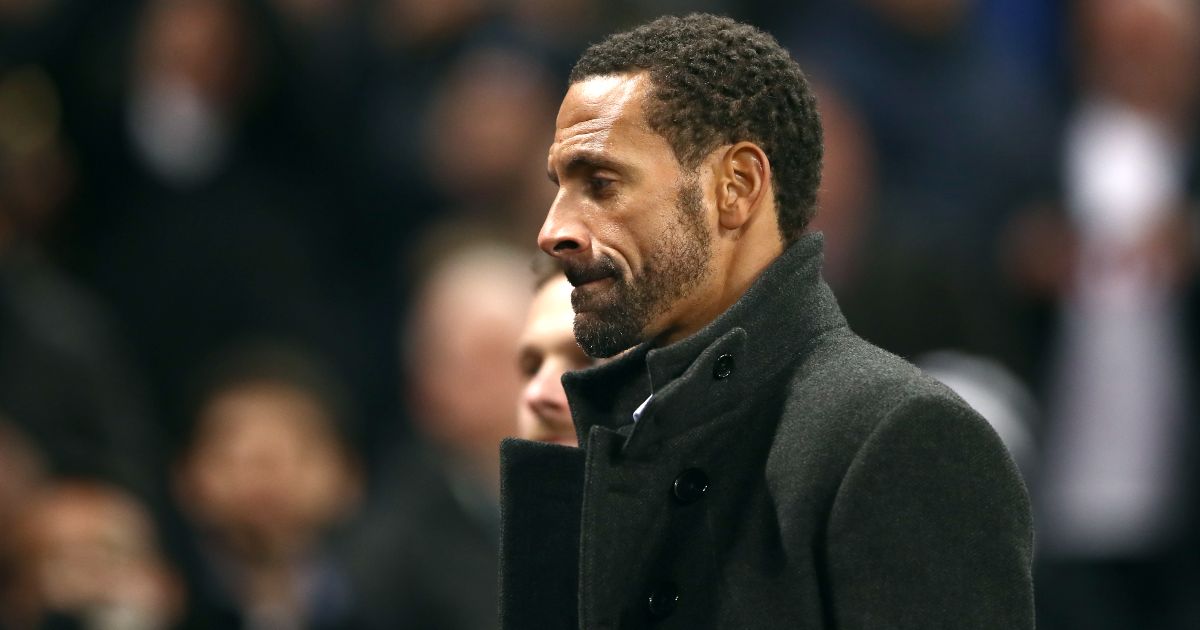 Rio Ferdinand says he is “embarrassed” to be a Man Utd fan after the club agreed to join a controversial breakaway European Super League.

Those plans were confirmed that evening, with AC Milan, Atletico Madrid, Barcelona, Inter Milan, Juventus and Real Madrid joining as founding clubs with three more clubs expected to follow before the inaugural season.

Ferdinand has slammed the European Super League plans as a “disgrace” and described it as “purely a business transaction”.

When asked if the clubs involved should face punishment immediately, former Man Utd defender Ferdinand told BT Sport: “100%. I think this breakaway group of teams, this is a war on football. It’s a disgrace. It’s embarrassing. And it goes against everything football is about. It’s a closed shop for these bigwigs and it’s completely and utterly only about one thing and that’s money.

“The rich getting richer and the others not even being considered. There’s no consideration for the history, for the people in the different parts of the pyramid below the top, top teams that they’re trying to separate from. It’s a disgrace, I can’t believe it.

“How have they got the audacity to do it in the climate we’re in at the moment with the pandemic around the world?

“People struggling in the streets, people struggling all around the world, and these lot are sitting there in their own little pub or room somewhere, speaking and talking and colluding about this little idea they’ve had and then come out and break it like this.

“It’s a disgrace and I think the element of being anti-competitive goes against everything football is about. Relegation, promotion, being rewarded for winning, being punished for not winning: these are things that add to the value of our game that we love.

“It shows me that these people have no idea what football is about. It’s purely a business transaction, that’s it. There’s no thought for anyone else in the pyramid, there’s no consideration at all. I can’t believe it.

“The people that actually support this game and make it what it is – we’ve been here all this time without fans, with them this game doesn’t feel the same. And they’re the people that this is going to hurt more than anyone, and the grassroots.

“The people that make this game special are not being considered, it’s the people at the top end of the game who are making decisions without thinking about anything other than their pockets.”

When asked about his feelings on former club Man Utd being involved, Ferdinand added: “I’m embarrassed. There’s been so many things thrown at the owners over the past few years, but this situation now – to be a part of that group that want to break away and leave everybody for dead – that’s an embarrassment.

“I can’t believe it. I’m sorry, I’m a Man United fan, I love the club, but I can’t stand by and support something like that at all.”

Ferdinand continued: “There will be some fans who’d rather watch their team play against Barcelona one week and Real Madrid the next, and then play against X, Y and Z, because it’s the big glamour ties. But that’s a selfish viewpoint, that’s not thinking of everyone else in the pyramid, people lower down.

“You can’t have a selfish group of teams like that and people that are just thinking about themselves. This game is built on teams from all different parts, all different levels, being able to compete, being funded, being helped by the teams at the top.

“These clubs and the other big teams in the Premier League, that money filters through, it’s needed. We need them to be here and to be focused on what we’re doing here. The Champions League is there, that’s a great tournament, a great competition, what else are you looking for other than money?

“Who gets promoted from the Championship? Norwich have come up, it’s an unbelievable story. And all the excitement that goes around is not only about teams at the top, it’s everybody. There’s a bigger picture than just the ones at the top, the glamour teams, the glamour ties, it’s not just about that.”