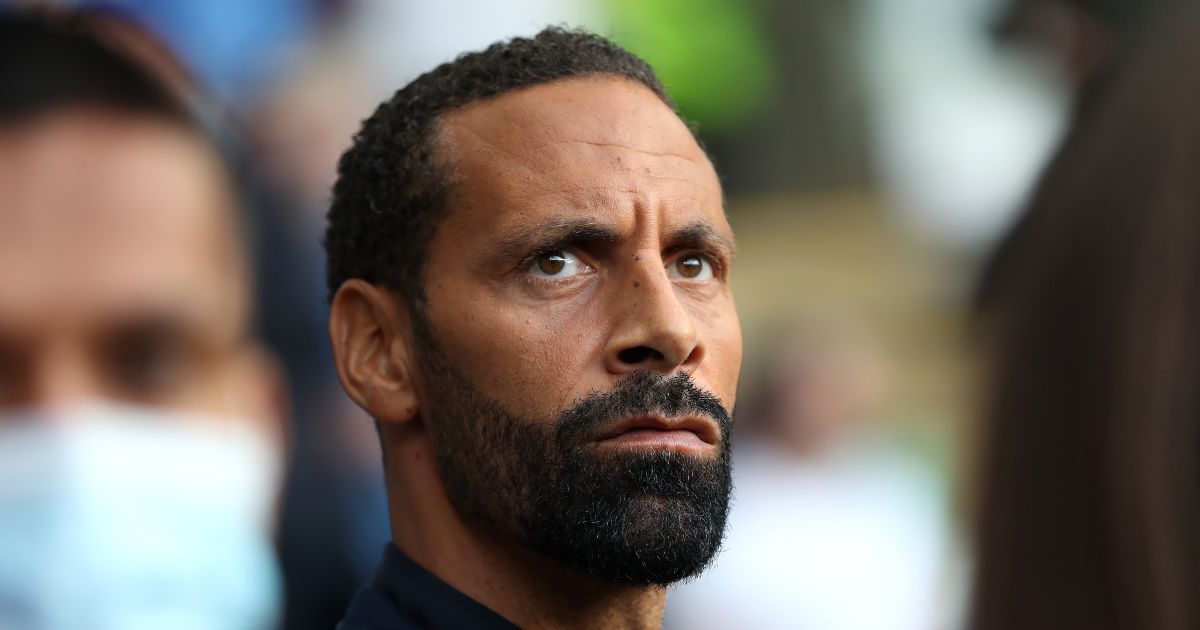 Rio Ferdinand thinks Jesse Lingard was “crazy” to stay at Man Utd in the summer and has “wasted” a “whole season of his career”.

Lingard is yet to start a Premier League match this season with Ole Gunnar Solskjaer and Ralf Rangnick both preferring to use him off the bench this campaign.

The 29-year-old has managed 14 appearances in all competitions this term, contributing two goals and one assist, with his two starts coming in the League Cup and Champions League.

Lingard, who had a successful spell on loan at West Ham at the tail end of last season, was reportedly denied a move to Newcastle on deadline day in the January transfer window.

And Ferdinand admits that he was baffled when Lingard chose to stay at Man Utd in the summer after he contributed nine goals and four assists in 16 matches for the Hammers in 2021.

“I wouldn’t be happy if I was a player. It’s almost like he’s wasted a whole year of his career, a whole season of his career has been wasted,” Ferdinand said on his FIVE YouTube channel.

“He hasn’t played hardly any games, hasn’t been involved. He went to West Ham and done fantastically well, everyone would have wanted to take him outside of probably the top four – and then goes back to Man United and doesn’t play. I was just baffled that he went back to Man United in the first place after having that taste of success, that taste of playing every week.

“Either he was promised by Ole Gunnar Solskjaer that he’d get more game time, or I don’t know what it was. And then this window you’d think he’d be doing all he can to get out.

“Maybe he took too long in getting to that point of wanting to leave. Did he ask to leave at the beginning of the window or make a decision later on in the window that he wanted to leave and by then other situations took it out of his hands maybe? I don’t know.

“But you look at his career and I just think the last year or two has just been wasted by just sticking around at Man United when he’s never going to play games. It’s just crazy.”

Donny van de Beek completed a deadline day move to Everton on loan until the end of the season after failing to nail down a regular starting place at Man Utd.

On Van de Beek’s departure. Ferdinand added: “We had Donny on the show a while back and I’ve been able to stay in contact and speak to him quite a lot and I spoke to him over this deal as well, over this period of time. Obviously Frank Lampard was a big driver but also [Crystal Palace boss] Patrick Vieira was a big driver for him because he respects both.

“But I think being able to stay at home still, in Manchester, not having to move, his girlfriend’s pregnant as well, these are factors that played a part as well. But also, I think the important thing for Donny van de Beek – yes to play games – but just as important is where he is going to be played.

“If you’re going to ask him to play the similar roles that he played at Man United, which is maybe a little bit more defensive at times, then you’re not going to get the best out of him. You have to give him license to go forward, license to attack the box, and judging him by what he did at Ajax he was allowed to get into the box and free rein to get in there and time his runs to get opportunities to score goals.

“He knows how to score, he knows how to play one- and two-touch in progressive, possession-based football. And Frank Lampard, in his short time as a manager, has tried to make his teams play football in a way that someone like Donny van de Beek might be able to flourish. I hope it works for both of them.”