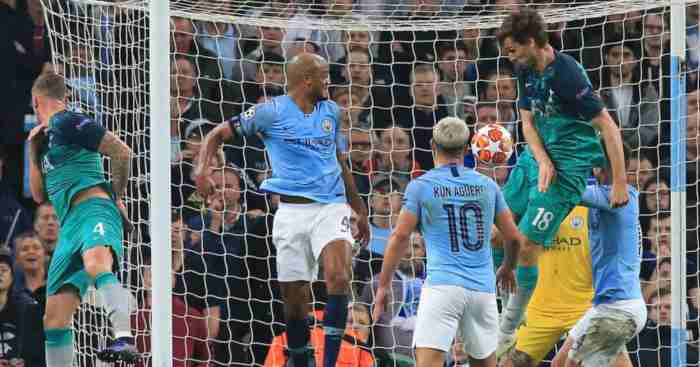 Rio Ferdinand thinks Fernando Llorente’s winning goal for Tottenham in their Champions League clash against Manchester City should have been ruled out for handball.

First Llorente’s crucial third goal for Spurs, which turned out to be the one to send them through, was allowed to stand after referee Cuneyt Cakir checked footage and ruled that the striker had not handled the ball prior to it hitting his hip and going in.

The scenes of celebration resembled those that followed Sergio Aguero’s famous Premier League title-winning goal in 2012, but the mood soon turned sour as replays showed Aguero was marginally offside in the build-up and it was chalked off.

And the decision to allow Llorente‘s goal to stand divided opinion in the BT Sport studio with Ferdinand and Gary Lineker disagreeing.

“That’s off his arm for me. That’s hit his arm. Watch the skin on his arm, it moves,” Ferdinand said, to which Lineker replied: “But even if it just flicks the arm and then goes onto the hips that’s not… is it?

“I’m just saying the ball’s hit his arm and then it’s up to the referee to determine whether its a handball or not,” Ferdinand added. “I think its handball personally I’ve got to be honest.”