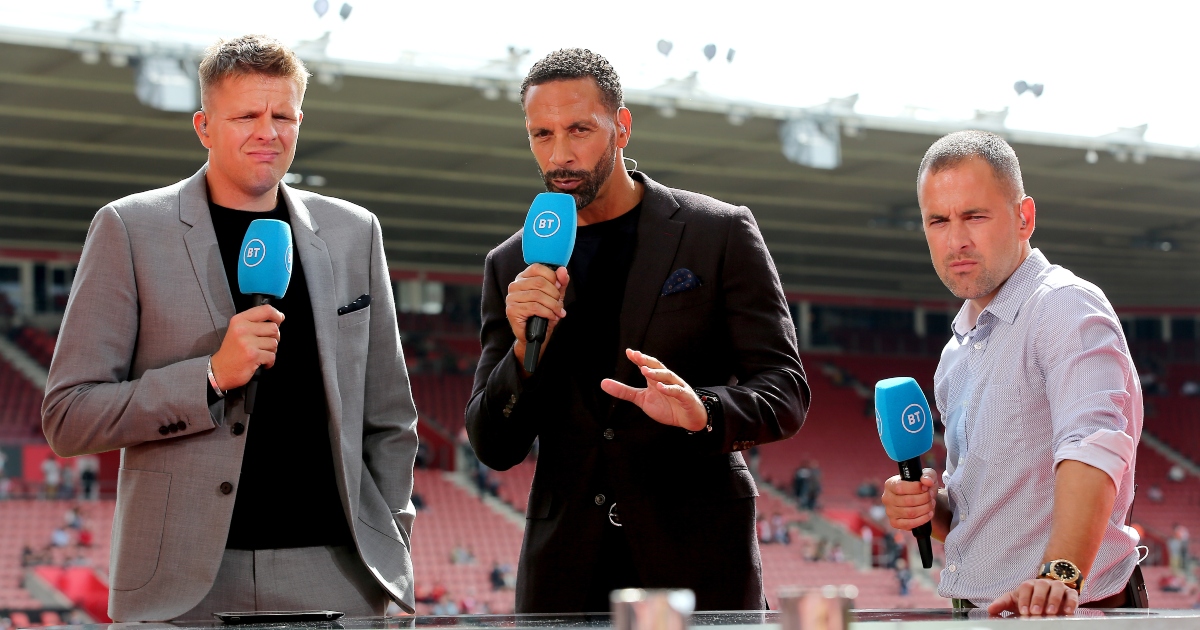 Rio Ferdinand and Joe Cole are in agreement that Chelsea have a “huge problem” on their hands with Kai Havertz best as a No.9.

£98million club-record striker Romelu Lukaku remained an unused replacement as Chelsea put one foot into the quarter-finals with a 2-0 victory over Lille in their last-16 first-leg at Stamford Bridge.

Havertz and Christian Pulisic struck fine goals amid energetic forward-line performances that could point the way to take on Jurgen Klopp’s Reds at Wembley this weekend.

On his decision to omit Lukaku from the starting line-up against Lille, Tuchel said: “Every game is different. The focus for this game was on intensity and a high-speed game.

“We needed hard work against the ball and intensive teamwork and Romelu struggled in the last games a little bit to deliver that.

“That’s what I mean when I said I felt him a bit tired, mentally and physically. He has started every match since the Liverpool game, and had extra time as well.

“It is like this, and against Lille we went for three other players. Kai is in very good shape and he delivered high-intensive metres for the team.

“We have four days to decide and recover and – of course – there’s every chance for Romelu to play.”

But Cole reckons Havertz has “a striker’s mentality” which could prove problematic for Tuchel’s handling of Lukaku for the rest of the season.

Speaking on BT Sport‘s post-match coverage, Cole said: “It’s where he finished last season, sort of in that No.9 position. He takes charge of the situation, gets in between defenders, runs across them and he held up the ball well for Chelsea tonight.

“He doesn’t make silly runs, he plays with conviction, he takes charge of the situation, that’s a striker’s mentality. He was at it all night.

“He comes alive in the box, wherever he plays.”

“It’s been the topic of conversation all day.”

“I think it’s the right call. He’s not been playing well enough.”

“It’s a statement to the player.”

The studio discuss Thomas Tuchel’s decision to leave Romelu Lukaku on the bench for tonight’s #UCL clash vs Lille 💬 pic.twitter.com/kDuOSMjJ7e

Ferdinand pressed Cole on whether No.9 was definitely Havertz’s best position, he added: “That’s a big problem for Chelsea if so.”

Cole responded: “It’s a huge problem, think about his form at the end of last season when he was able to drop off and runners go and behind him, his best position is a No.9, but that’s bad for Lukaku.”

“He reminds me of a [Roberto] Firmino type player, someone that knits it all together, he would have been a nightmare to mark tonight.”