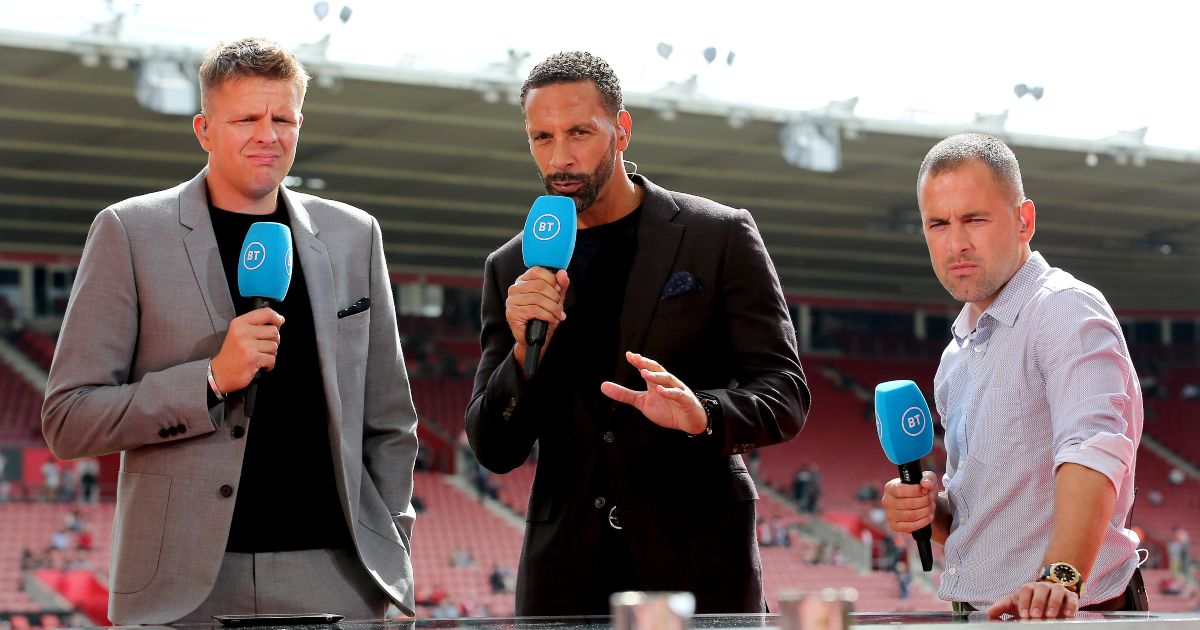 Rio Ferdinand and Joe Cole criticised Jorginho for his part in Leicester’s winning goal in their memorable FA Cup final win over Chelsea on Saturday.

Jorginho backed off Youri Tielemans, allowing the Belgian midfielder to fire a stunning strike into the top corner past a helpless Kepa Arrizabalaga.

The goal proved to be the crucial blow in a cup final low on quality but high on drama.

Chelsea thought they had equalised in the dying moments only for VAR to rule Ben Chilwell inches offside, while Kasper Schmeichel pulled off a couple of wonderful saves in the second half.

After the game, the pundits discussed Tielemans’ winner, lauding the effort but calling out midfielder Jorginho in the process.

Former Chelsea star Joe Cole told BT Sport: “There are holes in his game and that’s one of them.

“He knew he didn’t have the legs to get there, so he’s trying to dictate to people around him.

“There will be frailties. I’m not worried about in the week when he gave the ball away against Arsenal because that’s very rare but this happens a lot in his game.”

Ferdinand echoed the sentiments of Cole.

He said: “This is one area I don’t like in his game and it’s that he can’t get across the ground.

“He should be the one getting across there. He shouldn’t be pointing at a defender to get out to Tielemans.”

Chelsea boss Thomas Tuchel refused to blame his players, instead questioning the handball law and insisting his side were unlucky.

“Of course we are disappointed, but we are not angry, it’s not on our boys,” said Tuchel.

“Today we are simply unlucky. We have never hidden the fact that you need luck in this game to be able to win on this level.

“All the time you need momentum, little details and decision making, referee and sometimes to win with a shot like today.

“We defended very, very well, were aggressive in counter-pressing, we didn’t allow any counter attack chances, no half-chances, and I was absolutely happy with the work-rate intensity.

“But in the decision-making we were a bit too hectic, a bit too straight up front.

“We wanted to force the solution too far, we had unnecessary ball losses and imprecise decision making.

“We created some two-against-two and two-against-three situations, that we couldn’t do as well as we should have.

“We had a big, big chance with Azpilicueta, maybe the biggest in the whole game.

“In the second half we controlled the match even higher, and we conceded a goal out of nothing, a fantastic goal, but a lucky goal of course.

“And then we have a big chance with Mason, a fantastic save from Schmeichel, and offside goal, that was very, very close.”