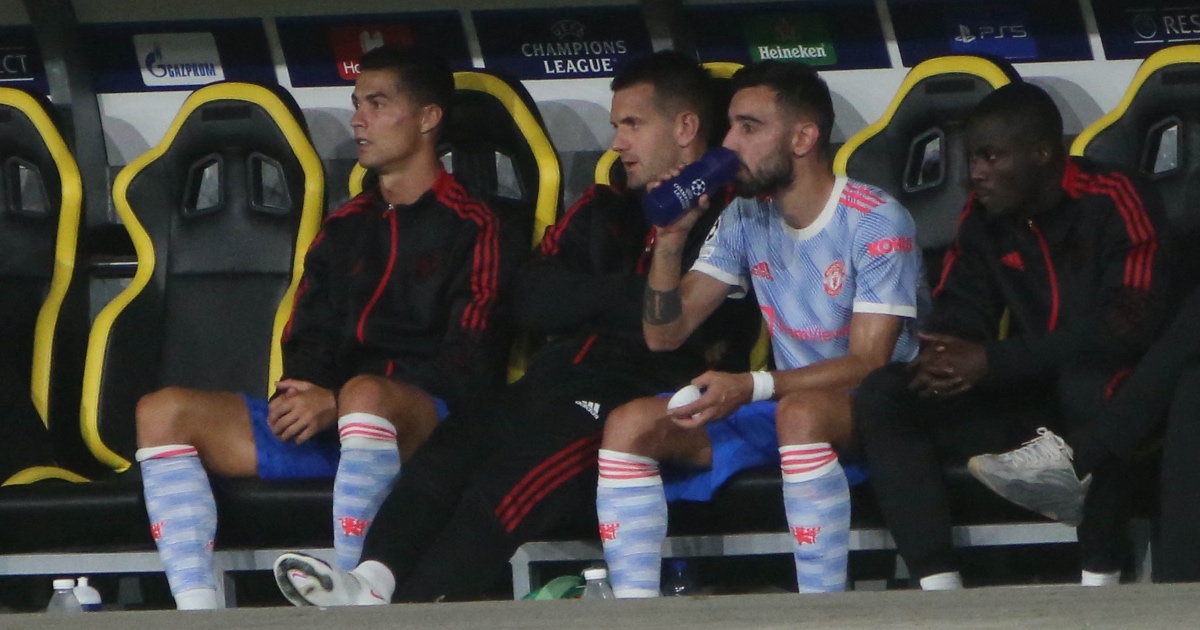 Manchester United legend Rio Ferdinand says he would have told Cristiano Ronaldo to “sit down” after the striker was stood next to Ole Gunnar Solskjaer gesticulating on the touchline on Tuesday.

Ronaldo put United 1-0 up in Switzerland, before Aaron Wan-Bissaka’s sending off alterred the course of the game, which ended in defeat for Solskjaer’s side.

Jesse Lingard’s error with the last kick of the game gifted a deserved winner for Young Boys, who dominated the ten men of United in the second half.

The Portugal international had been subbed off at that point and was seen alongside Solskjaer on the touchline, remonstrating with players and officials.

And Ferdinand says he would have told Ronaldo to “sit down” had been in Solskjaer’s position.

“If I’m the manager, I’ve got to be honest, I’m telling him to sit down,” Ferdinand told BT Sport.

Caughtoffside claim that was enough to state that Ferdinand was ‘criticising’ Ronaldo, though the former United defender’s further comments suggest he wouldn’t dream of doing so.

He added: “I get it. You know, with Cristiano people go, ‘Oh it’s bravado, it’s for the fans’. He’s just a passionate guy. He wants to win, he’s desperate to win, and he can’t hold it in.

“If that means he has to go up there and stand next to the manager, shouting instructions etcetera, so be it. When it’s someone of his standing and stature in the game how can you argue with it?”

He said: “In the 72nd minute, they’re talking about needing a goal. Ole’s not thinking like that.

“As a manager I understand what he is probably thinking at that time, 1-1, away in Europe, always difficult no matter where you go, in Europe it’s always difficult to go away, on an artificial pitch, we’re down to 10 men, we’ll take a point.

“And that’s what he was thinking. He wasn’t thinking about bringing players on or keeping players on to score goals, it was about seeing the game out. And listen, if he sees that game out, no-one is talking about substitutions.”

But when challenged on the fact they ended up losing the game, Ferdinand argued: “It’s the fact it wasn’t based on the team shape or the team performance, it was based on a single person’s error of judgement. That’s the difference.

“If it was a tactical situation, where you go, ‘That’s the reason they’ve lost today, because tactically they got that wrong’. They didn’t play well today, when they had 11 men or 10 men, but I wouldn’t say the substitutions were the reasons they didn’t get a draw.”