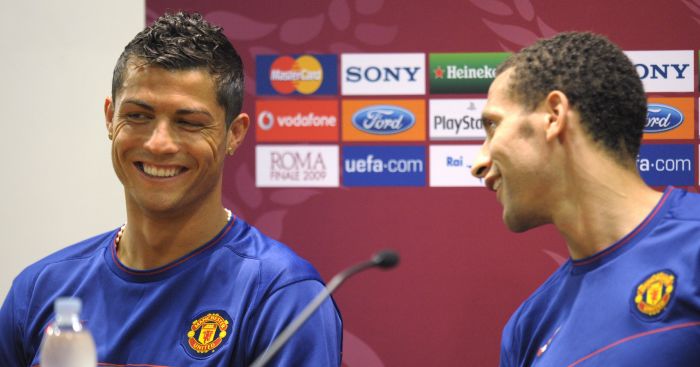 The Portugal international has been linked with a move back to Old Trafford in the summer transfer window but that seems unlikely.

Ronaldo scored another 41 goals in 39 appearances this season, with 15 coming in the Champions League, in which they will play Liverpool in the final on Saturday evening.

And his former team-mate, Ferdinand, has spoken of the moment that the United squad willed for the club to sign Ronaldo.

“I first saw him up close when I was playing for Manchester United in a pre-season friendly to mark the opening of Sporting Lisbon’s new stadium in 2003,” Ferdinand told The Sun.

“It was plain that this was a potential superstar. An 18-year-old Ronaldo ran the show as we lost 3-1.

“We were on the bus for ages afterwards waiting for chief executive David Gill and the boss Alex Ferguson.

“We were just willing them to sign Ronaldo. Within a week he was our player.

“From the very start in training you could see he was supremely talented.

“He had all the skills but what really stood out was his work ethic. This was no show pony.

“He wanted to be out there afterwards with the ball improving, learning to use both feet.

“In the mornings he was in the gym before training.

“He was the first player I ever came across with the big entourage like his own chef, dietician and doctor.

“It might have raised a few questions if he wasn’t as good as he was.

“But he was producing the goods and suddenly we were thinking: ‘Maybe it works.’”