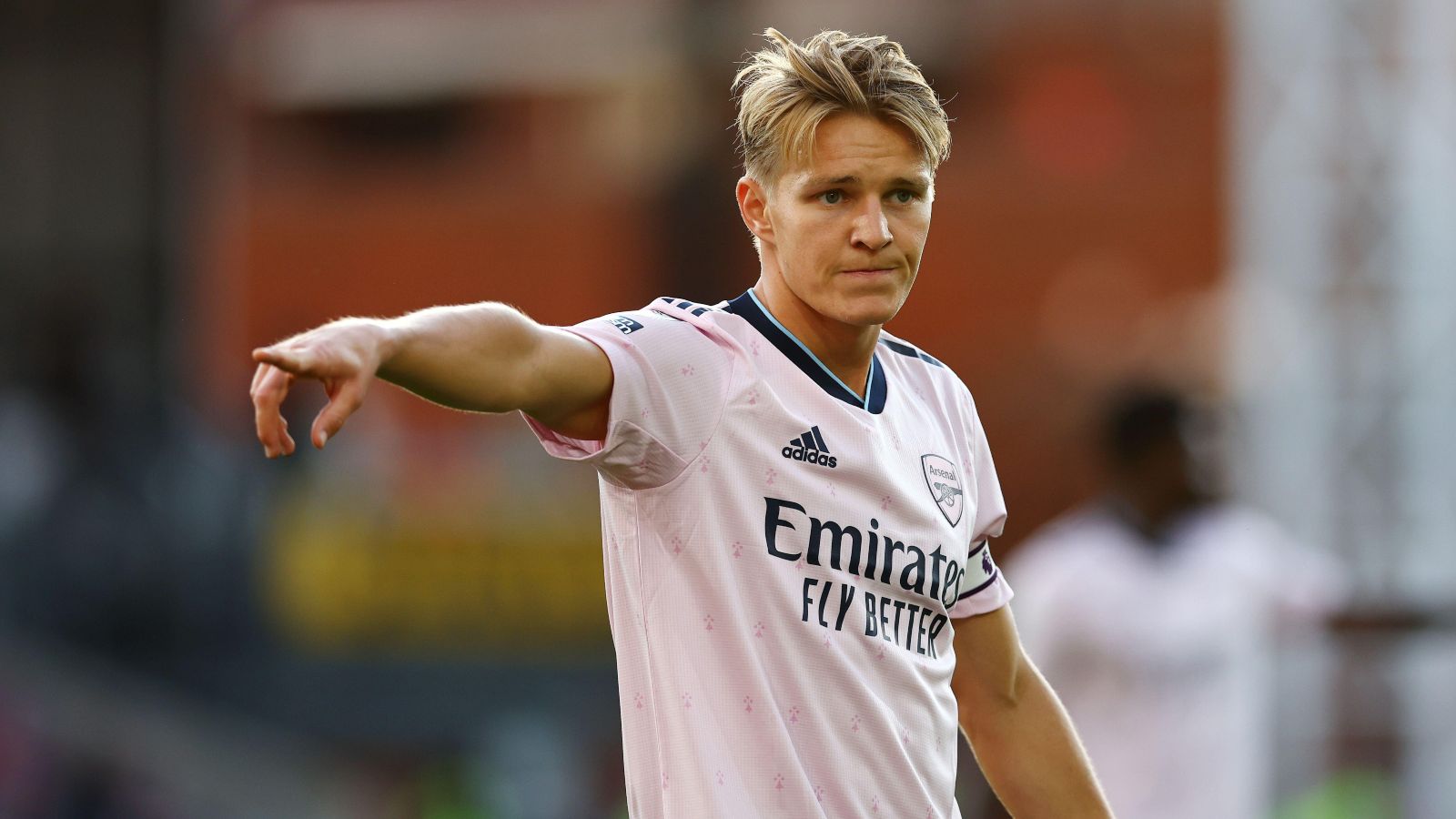 Rio Ferdinand isn’t sure that Martin Odegaard will benefit from being Arsenal captain this season with signs it is already weighing heavy on him.

The Gunners beat Crystal Palace 2-0 at Selhurst Park on Friday night to open the new Premier League campaign with Arsenal especially impressive during the first half an hour of proceedings.

Gabriel Martinelli scored early on to give Arsenal the lead before Marc Guehi put the ball into his own net in the 85th minute to give Mikel Arteta’s side the win.

Crystal Palace did have good chances to score through Odsonne Edouard and Eberechi Eze and Ferdinand was not impressed by the performance of new Arsenal captain Odegaard.

“I reckon you nailed it with Odegaard, I reckon that captain’s armband weighs heavy,” one of Ferdinand’s fellow pundits said on his Vibe with Five YouTube channel.

Manchester United legend Ferdinand replied: “Yep! Heavy! I said that in the group chat. It could be a different Odegaard this year.”

And Ferdinand isn’t convinced by the rest of Arsenal’s midfield options with Granit Xhaka and Thomas Partey the other central midfielders they rely on the most.

Ferdinand added: “I just worry about your central midfield.

But some things did impress Ferdinand about the performance from Arsenal, including Gabriel Jesus’ competitive debut for the Gunners.

Ferdinand continued: “First half they were really good. Jesus was a joke. Jesus was unreal first half.

“I still want him to be much more of a number nine though, I don’t want him coming with his back to play because I want him to get goals – he’s in my Fantasy Football team!

“Arsenal in the first 25 minutes, I was thinking: ‘Woah! Arsenal look on it!’ And then Aaron Ramsdale was probably the catalyst for a bit of a nervy end to the half and then second half I was thinking: ‘Right this looks like Arsenal again’.

“All of a sudden Palace are going to turn the screw, with the fans there, they’re going to get a result. But what I will say is they ground it out and got through it by hook or by crook. Palace could have had two or three goals, Eze missed a one-v-one, Edouard.”