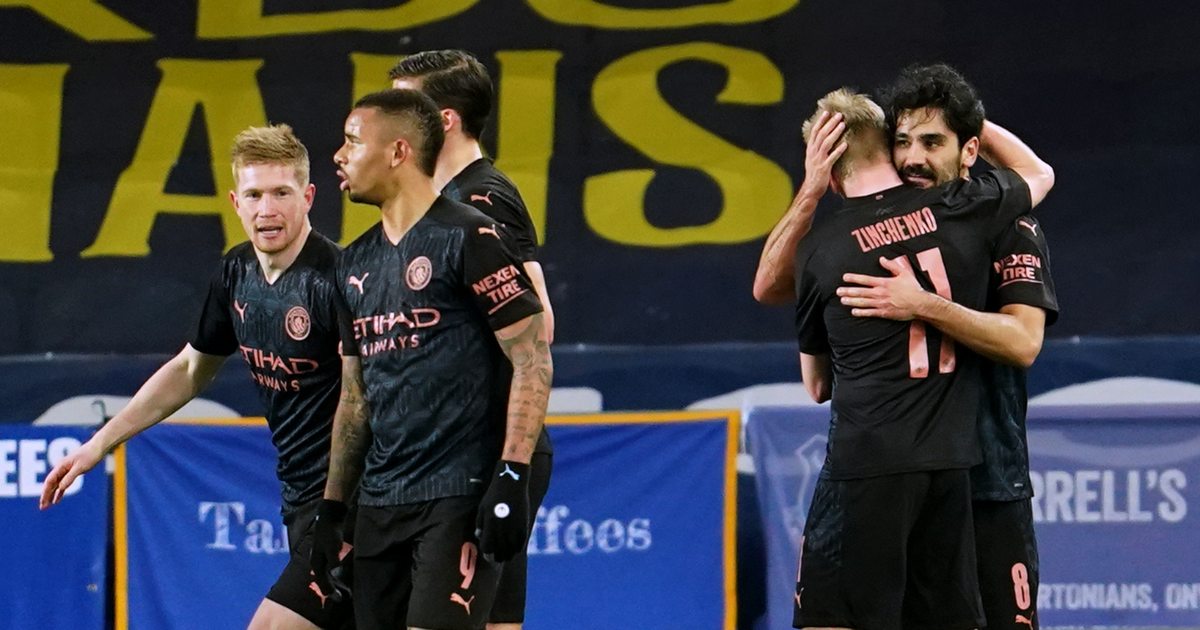 Rio Ferdinand also recognised that Jadon Sancho and Erling Haaland are capable of causing Man City lots of problems on the counter-attack.

Pep Guardiola’s side booked their place in the last eight of the Champions League in midweek. They beat German outfit Borussia Monchengladbach 4-0 on aggregate to advance.

They have been drawn to face Dortmund in the last eight. They beat Sevilla 5-4 on aggregate to go through.

Should City get past Dortmund, they will face Bayern Munich or PSG in the semi-finals. The two European giants have been drawn against each other in the last eight after they reached the final last year.

If fit, Sancho and Haaland will no doubt be Dortmund’s most dangerous players against Man City. Both have been heavily linked with big-money moves to the Premier League of late.

“I think they (City) will beat Dortmund.

“Dortmund’s inconsistency is their Achilles’ heel.

“They are a good team on their day. We saw them against Bayern Munich and they went 2-0 up a few weeks ago and got beat 4-2.

“Defensively, I worry for them and this Man City team, I think will dominate the whole of the possession.

“But when you’ve got someone like Haaland and like Sancho, they are going to be a threat on the counter attack.

“If they can defend, they are a problem on the counter attack, because those two are huge, huge world star talents.”

Ferdinand also suggested that City will be getting “excitable” about the prospect of completing the quadruple:

He added: “Everything intensifies. The pressure, everybody’s eyeballs are on you to see if you can break records, etc, but you also get giddy behind the scenes, thinking you’re going to do it.

“It gets exciting and you can’t help but get excitable about it but it about controlling those emotions.

“What they’ve got which I think will be fabulous for them is they’ve got experience in the management staff. They will say: ‘We’ve been here, we’ve seen it, we’ve done it. Calm yourselves down.'”