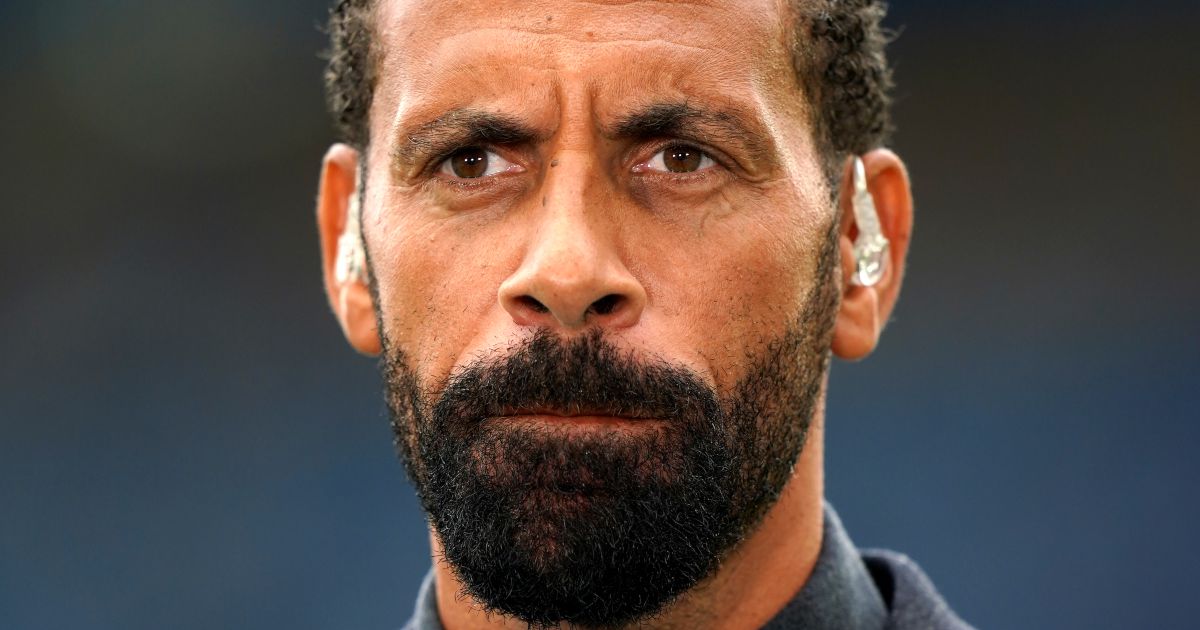 He made the long-awaited switch from Borussia Dortmund in the summer after being close to joining Man Utd last year.

The England international cost around £73million and got off to a very slow start at Old Trafford, failing to score or assist in his first 13 games for the Premier League side.

Sancho scored his first goal for the Red Devils against Villarreal in late November, before netting against Chelsea in a 1-1 draw just five days later.

The 21-year-old – who has yet to get an assist this season – went another seven matches without a goal before scoring in a 1-1 draw against Middlesbrough in the FA Cup fourth round on Saturday, which Man Utd went on to lose on penalties.

And Ferdinand thinks Sancho is only effective when there is “some rhythm in the team” and a formation that suits his style of play.

“The game played to his strength, the passing and movement, some rhythm in the team,” Ferdinand told Vibe with Five.

“If there’s no rhythm Sancho is not as good and effective. That’s what his problem’s been.”

Ferdinand added: “The players have got to identify what he’s good at. Some thought he would come in and take the ball from the edge of his box to the goal. That’s not his game. He’s about rhythm, one touch passing, playing and moving and getting people off balance with a feint.

“He hasn’t been able to do that because the system at Man Utd has not worked yet. It’s left him in a vulnerable position.

“He joins another team that have got a locked down way of playing, a true understanding, a possession based team he thrives.

“Dortmund had a way of playing which was fundamental in allowing them to perform at their best.

“United have invested in some players, still searching for identity philosophy way of playing, makes it difficult for players coming in, let alone those that are still there.”