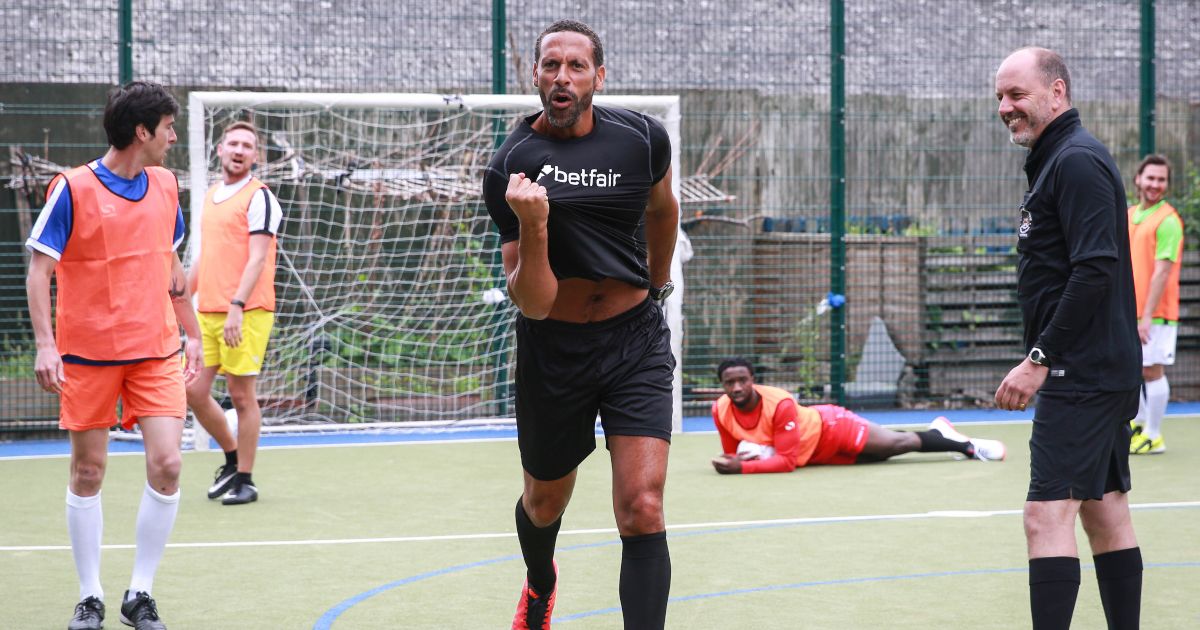 The Red Devils were knocked out of the FA Cup by Championship side Middlesbrough in recent weeks before they were held to two disappointing 1-1 draws in the Premier League against Burnley and Southampton.

However, Man Utd bounced back last night with a laboured display to see off Brighton 2-0, with the result giving Ralf Rangnick’s side a much-needed three points.

Brighton flew out of the blocks against the shaky hosts, who recovered from being jeered off at the break to seal a key victory as Ronaldo ended his six-game scoreless streak with a superb effort shortly after half-time.

Albion captain Lewis Dunk was sent off moments later before Bruno Fernandes scored in stoppage time to complete a 2-0 win that moved Man Utd up to fourth, albeit some sides below them have games in hand.

Despite a number of below-par displays from Man Utd this season, Ferdinand can still see them winning the Champions League if Ronaldo puts on a show.

“So, with him in the team, you’re always going to be in with a chance.”

“Liverpool and Man City for me are the two favourites.”

“Bayern are in and around those two.”

“Chelsea have the experience and that counts for a lot.”

Which team are the favourites for #UCL glory this season? 🏆@rioferdy5, @JoleonLescott and Owen Hargreaves discuss… pic.twitter.com/54GPNWo6Bl

Chelsea overcame Man City in the final last season to lift the Champions League for the second time in their history before adding the Club World Cup to their trophy cabinet this season.

Speaking about Chelsea, Ferdinand added: “I think they’re the third of the teams capable of winning it.

“The two other English teams Liverpool and City will be ahead of them and I think they will be there or thereabouts with someone like a Bayern Munich.

“Listen, you have to understand that these guys have the experience and that counts for a lot.

“On that night, they have the experience, the know-how, they have players there that are good ages and a manager there again who’s growing in stature.

“They’ll be a threat. Listen, with that experience and being the holders, drawing them you’ll be saying, “it’s not going to be easy.” They won’t make it easy for anybody no matter what.”