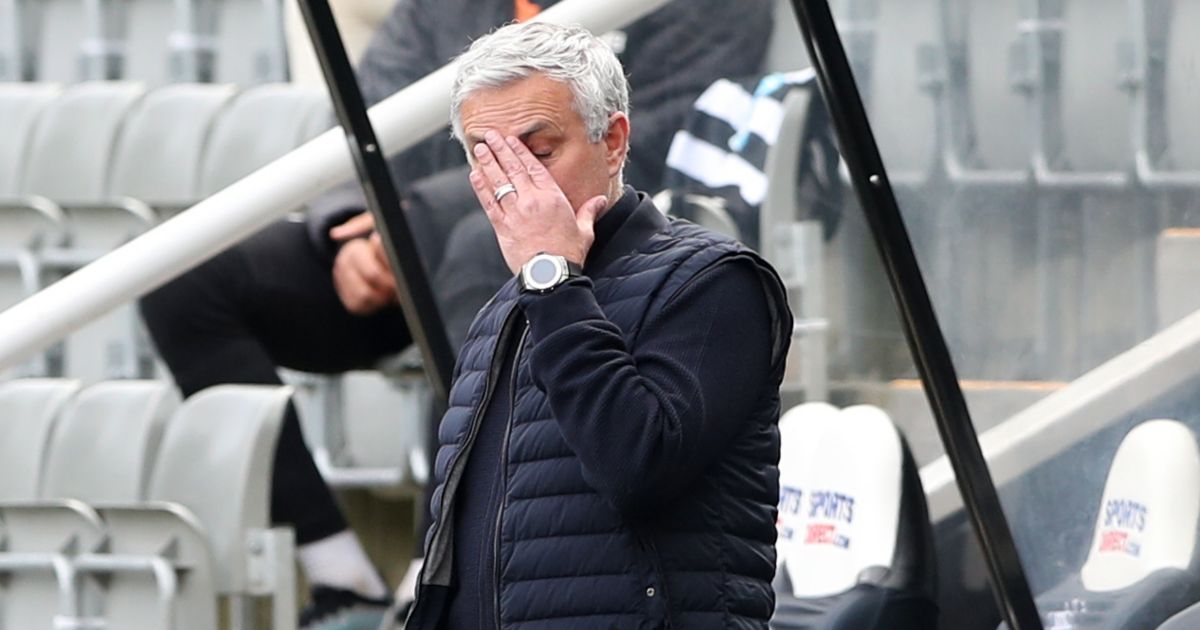 Rio Ferdinand thinks Jose Mourinho will be creating “a rift” in the Spurs dressing room after having another go at his Tottenham squad.

Spurs came from a goal down against Newcastle United to lead on Sunday thanks to a brace from Harry Kane before Arsenal loanee Joe Willock struck late on to rescue a point for the Magpies.

When asked why Spurs often struggle to hold onto leads despite his sides’ historically good record of seeing out a win, Mourinho replied: “Same coach, different players.

“We work well, we work hard. But there are mistakes which I probably shouldn’t even call mistakes because they are related to qualities that players have. You can analyse it easily.”

And Ferdinand thinks that his comments will have done little to “bring people alongside him” and is more likely to create “a rift” in the Spurs dressing room.

Ferdinand told his FIVE YouTube channel: “Part of me understands Jose Mourinho. He has an ego, like all of us. He has pride and when you attack him he comes out fighting. I respect that a lot, I’ve got to say.

“But in these situations, sometimes he thinks about himself before anything else. He maybe doesn’t think in that moment about the impact that can have on the changing room.

“If I’m a player in that changing room, that is definitely casting doubt over me as an individual and us as a team. What that does to a changing room, man, it doesn’t galvanise them or bring them on side.

“It creates a rift, especially when you’re not getting results. If you’re winning and top of the league, you can say and get away with these type of things, but not when you’re looking for confidence and searching for consistency.

“He’s not bringing the players on side with those comments, man. That’s why I fear for Mourinho and his squad, because those comments don’t bring people alongside him.”

When asked if he he has more work to do with the current Tottenham squad, Mourinho added in his post-match interview: “I don’t think so. We work well, we work hard. But there are mistakes which I probably shouldn’t even call mistakes because they are related to qualities that players have.

“Looking at the second goal, it’s easy to understand because there’s three different moments – the cross, the ball at the far post where they won it, and then the ball in the face of the goal where our two centre-backs were in position. You can analyse it easily.”