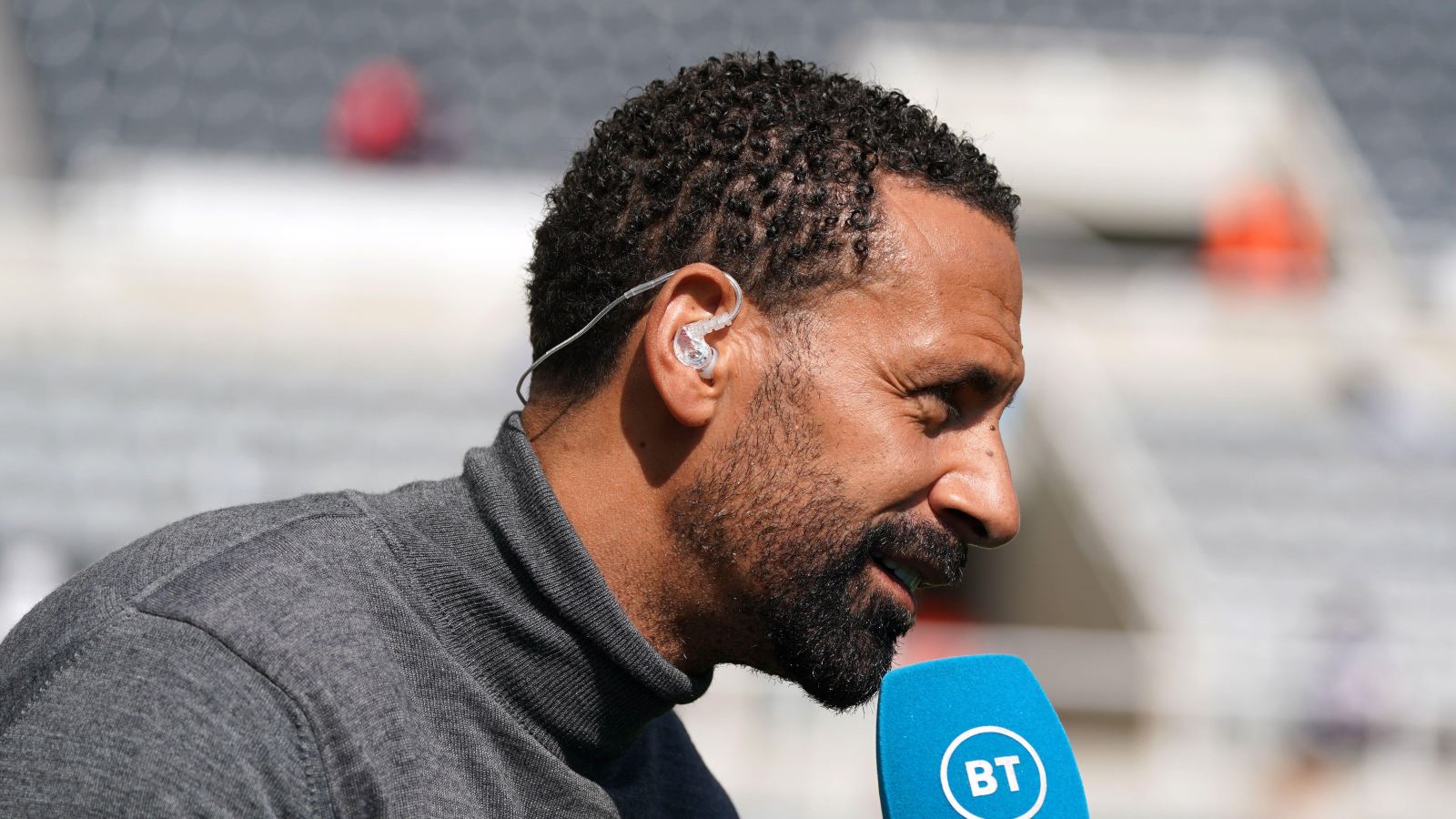 Ten Hag will officially take over in the summer following the completion of Ralf Rangnick’s interim spell in charge of the club.

United have been linked with a number of players as part of their rebuild following a disappointing season for the Old Trafford side.

Much of the reported interest has been on players who have been have worked with Ten Hag in the past and Barcelona midfielder de Jong has been regularly mentioned.

The 25-year-old worked with Ten Hag at Ajax and was part of the squad that made the Champions League semi-finals in 2019. He then departed for Spain the following summer.

The Dutchman has been tipped this week as a player who could kick off Ten Hag’s spell in charge in the Premier League and Ferdinand believes he would be a ‘great signing’ for his former side.

Speaking on his YouTube channel Vibe with Five, the former defender said: “I’ve always thought he was a top player. I watched him closely in the Champions League semi-final year, I got to see a lot of him as part of the BT team.

“[Man United] are a team who are looking for players who can control the ball and control the game and get the team functioning in terms of balance and possession, I think he would be a good addition.

“He’s not a player who scores loads of goals like Bruno Fernandes, but he’s more about dictating the game.

“He gives you much more other elements in the game that United need.”

“This season United are definitely losing Paul Pogba, Nemanja Matic, Juan Mata – so United do need reinforcements and I think he would be a fantastic signing if this deal goes ahead.

“His [De Jong’s] relationship with Ten Hag – he thrived under his management while he was at Ajax.

“For me he was the outstanding player in that team. He was integral in what they did. He’s been to a big club in Barcelona and done okay there.

“It’s hard to play under big expectations where you’ve got to win. He won’t have that pressure at Man United right now but he could be part of the rebuild under Ten Hag.

“It would be smart to bring in someone he knows and trusts and believes he can go on and do big things in a team he believes in.”