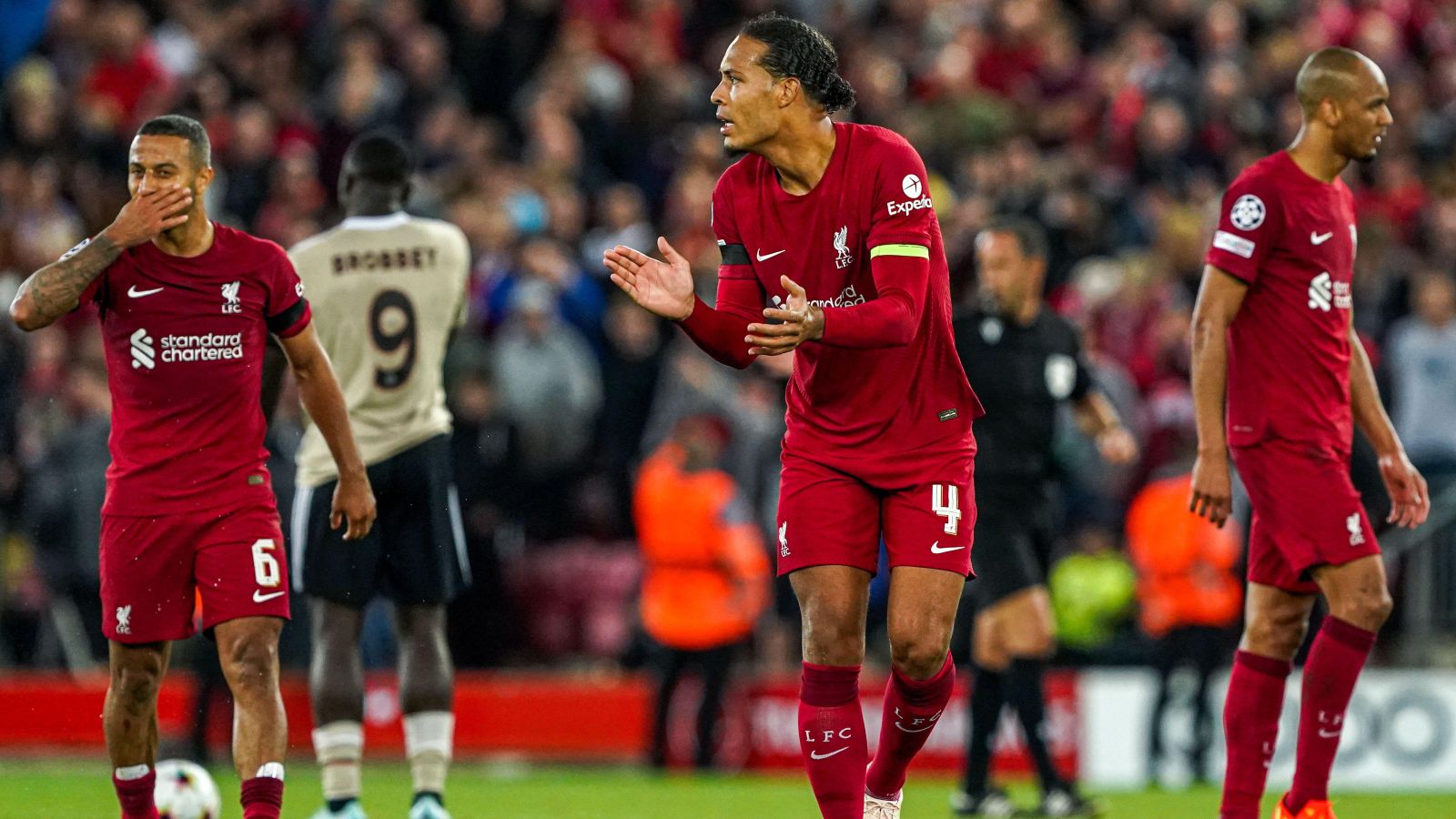 Rio Ferdinand thinks that criticism of Virgil van Dijk and Liverpool in recent weeks has been deserved after the Reds defender hit out at critical former players.

Liverpool have had a very mixed start to the new season with Jurgen Klopp’s men picking up just nine points from their first six Premier League matches, before losing their opening Champions League clash against Napoli last week.

However, they bounced back from that loss in Naples on Tuesday with a late winner against Ajax to gain their first three points in a 2-1 win.

Van Dijk and the rest of the Liverpool team have come under criticism so far this season after a number of underwhelming defensive displays.

Speaking earlier this month, former Liverpool midfielder Danny Murphy said that Van Dijk was “playing within himself” this season.

“He’s not up to his level. Before his injury he was arguably looking like one of the best centre-halves we’ve ever seen,” Murphy told talkSPORT. “The injury, which is a huge one and he’s come back from, although he’s not had problems in missing games I think psychologically he’s not in the same place.

“We are talking about someone who has set ridiculously high standards and even when he’s dropping below them at the moment he’s still brilliant compared to a lot of other centre-halves.”

When asked how he dealt with people questioning his form, Van Dijk told BT Sport: “Not listening to the outside world, that’s the most important thing.

“It’s funny sometimes because there’s a lot of ex-football players and they know exactly what we go through, but they say a lot of things to try get us down

“We know that last week was unacceptable, very bad and we tried to make it right. This is a step in the right direction, but we don’t get carried away because we play so many games. Now we have to focus on the national teams and then crack on.

“They [Ajax] scored with their first chance. But coming back from the horror show in Naples, it was very important for us to show a positive reaction. It’s not easy to turn it around, but it’s a step in the right direction.

“There were some great moments and it was important to win today and get that good feeling going into the international break.”

But former Manchester United defender Ferdinand thinks all the stick the side got from former players after their loss to Napoli last week was completely justified.

Ferdinand responded: “If I thought it was wrong or personal, then I’d get the hump. If it was deserved, I’ll hold my hands up and say.

“The performance in Naples, if they’re honest, every single one of them will say ‘It was a bad day at the office and we deserved the criticism that we got.’

“But I think we reiterated on the night, we weren’t saying they became a bad team overnight or are bad players, it was a bad performance.”