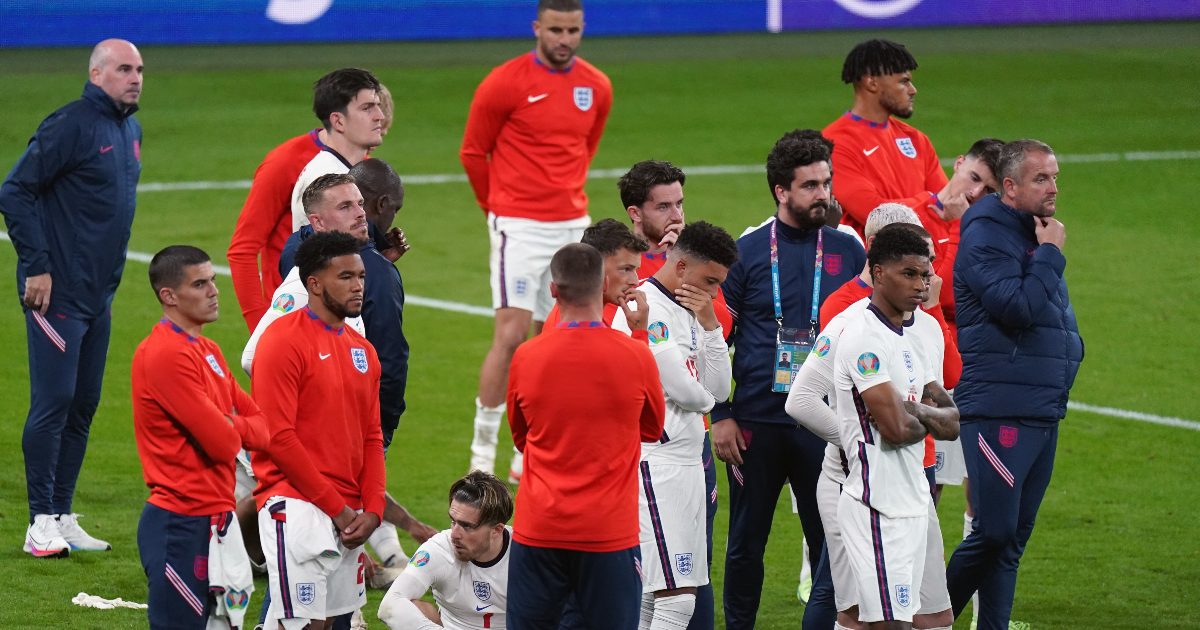 Marcus Rashford, Jadon Sancho and Bukayo Saka all missed from the spot as Italy won 3-2 on spot kicks at Wembley after a 1-1 draw over 120 minutes.

“I’ve seen seasoned players with hundreds of games under their belts turn away,” Ferdinand said in defence of those who missed.

The defeat, described by the Duke of Cambridge on Twitter as heartbreaking, was another high-profile shoot-out loss for the Three Lions.

Rashford and Sancho were new to the pitch when they missed, and Alan Shearer told the BBC: “It’s a big ask to put players on with a minute to go and say ‘go and take a penalty’ when they’ve had no feel of the ball. You’re put in a position.”

Ferdinand added: “That’s happened for years, the last five, four, three minutes, players go on as takers. Marcus Rashford is a recognised taker. It happens. We look down the years, the biggest and best players miss penalties. Big players of the past… Baggio… they’ve missed penalties.”

The Duke of Cambridge added in his message: “You’ve all come so far, but sadly this time it wasn’t our day. You can all hold your heads high, and be so proud of yourselves — I know there’s more to come.”

Ian Wright had words of comfort for Saka after his missed penalty sealed victory for Italy.

He said on ITV: “He is more than capable of taking that penalty. He is brave enough to take it. I am devastated for him.

“We have done brilliantly to get to where we got to but in the end we just got pipped.”

Roy Keane added: “It’s not a night be critical of England. I think Gareth and his staff have been magnificent.

“It’s a tough night for England but sometimes you have to lose to win. You have to take your medicine. There has been huge progress in the last few years and the World Cup is around the corner.”

Premier League chief executive Richard Masters said: “Tonight’s result is a disappointment but huge congratulations to England for performances that filled the nation with pride.

“Praise must go to the players, and to Gareth Southgate and his coaching team and everybody at the FA, for a great Euro 2020 tournament. Gareth is a fantastic leader and instilled the players with belief, to go alongside their undoubted ability.

“Irrespective of tonight’s result, I am excited for the future – to see not only what this squad can go on to achieve, but also for the millions of people their success will inspire to play, support and get involved with our sport.”

Writing on Twitter, former England striker Michael Owen said: “Heartbreaking. But this squad has a bright future and they’ve lifted the nation both on and off the pitch after a shocking year or so.”