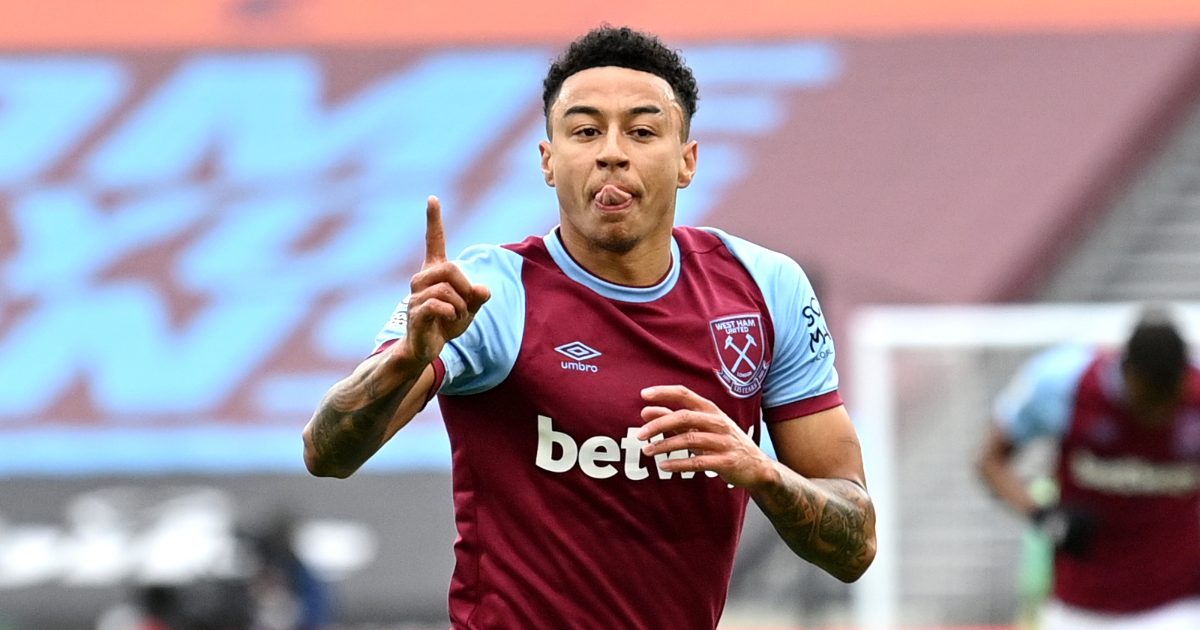 Rio Ferdinand has insisted that West Ham midfielder Jesse Lingard is capable of playing for “any top team” in the Premier League.

Lingard came through the ranks with Manchester United and before breaking into their first team, he had impressive loan spells with Brighton and Derby County.

The Englishman made his debut for the Red Devils during the 2014/15 season before he earned a regular spot in their first team the season after.

He was a regular feature of their first team for five years between 2015 and 2020. In that time, he totted up over 200 appearances for his boyhood club.

Lingard helped United win the Europa League, FA Cup and Carabao across two seasons between 2015 and 2017.

His form for Man United earned him a place in the England squad. He played 24 times for them between 2015 and 2019. He also played a key role at the 2018 World Cup as Gareth Southgate’s side reached the semi-finals.

But he fell down the pecking order at United and he failed to make a single Premier League appearance during the first half of the 2020/21 campaign.

This led to his loan spell to West Ham United during the winter window. He has returned to form for the Hammers.

Lingard has five goals and two assists from just seven Premier League games for them. This includes a brace in his debut against Aston Villa at Villa Park.

Ferdinand said on the Five YouTube channel that it is clear to see how much talent Lingard has at his disposal amid his recall for England:

“I’ve argued with pundit after pundit, on-air, and off-air.

“He could play in any top team because he’s an intelligent footballer. He can play off one touch or two touch.

“He gets judged on his antics on social media. Some people it rubs them up the wrong way, and they don’t like him because of it, and a lot of the younger generation love it.

“But if you’re looking at him as just a cold footballer, anyone who knows football surely has to see the kid has a talent.”