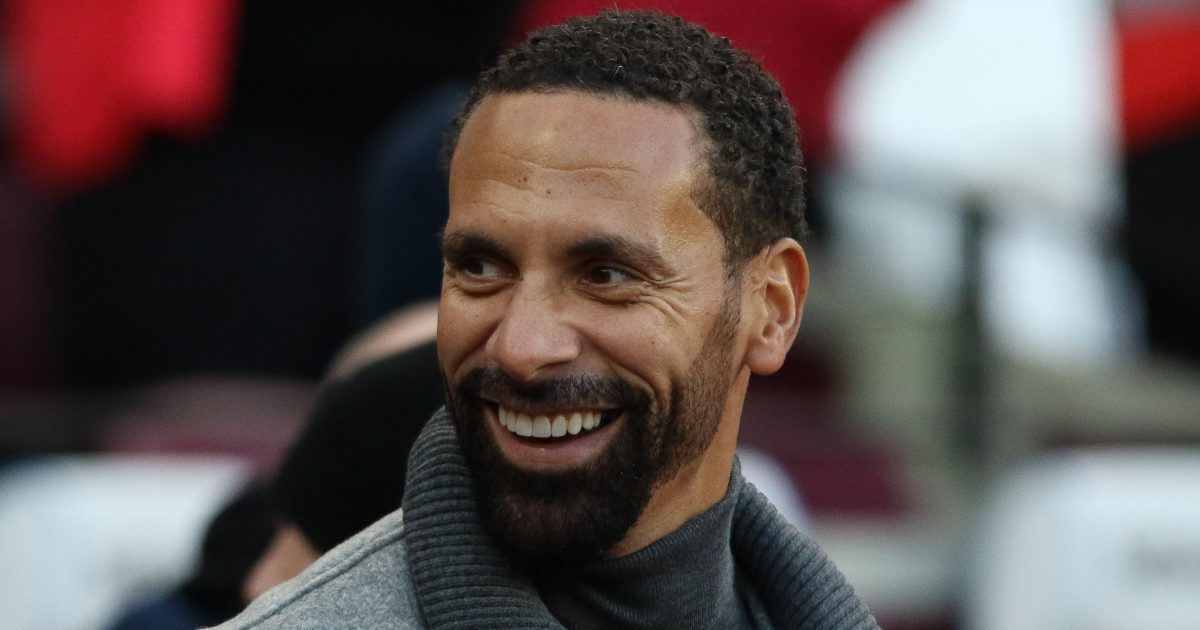 Rio Ferdinand has heaped praise on Raheem Sterling after he got his third goal of Euro 2020 against Germany at Wembley.

Sterling was England‘s only goalscorer at Euro 2020 ahead of their last 16 game against Germany. He scored the winning goals against Croatia and the Czech Republic in the group stages.

The Man City forward impressed against Joachim Low’s side on Tuesday alongside the likes of Harry Kane, Bukayo Saka and Jack Grealish.

Sterling got his third goal of the tournament to put England 1-0 up against Germany in the 76th minute. Kane opened his account at Euro 2020 in the final ten minutes to put the result beyond doubt.

Ferdinand told BBC Sport after the game (as cited by the Daily Mail) that Sterling is the player England look to for moments:

“We said before the game this is an opportunity to become a national hero. He’s got three goals, when he needed that moment to lift us, he’s the person we looked to.

“[He’s a] fantastic kid and human, what a professional and hard worker. The courage is what I love about him.

“He has the ability to scare you. He wants to turn and face you at all times. He’ll be someone you can’t read, he jinks about his trickery, he’s producing moments, deciding games.

“When you talk about the top players in world football, I believe this kid has been there at that level in the last two years.”

Speaking after the win on Tuesday, Sterling said his goal is “definitely a special moment” for himself:

“We knew we need to put in a very good performance against a very good side and I thought we did that,” Sterling.

“Doing it for your country is always special and it’s definitely a special moment. I wondered if it (my goal) was offside, but I was very happy it went in.

“We knew the intensity we can play at and not many teams can deal with it. The two boys in midfield, Declan (Rice) and (Kalvin) Phillips, they were class, they ate up ground. An all-round great team performance.

“We’ll take it game by game. We’ll see who we’re playing now. We’ll go away and recover and get focused on the next one.”