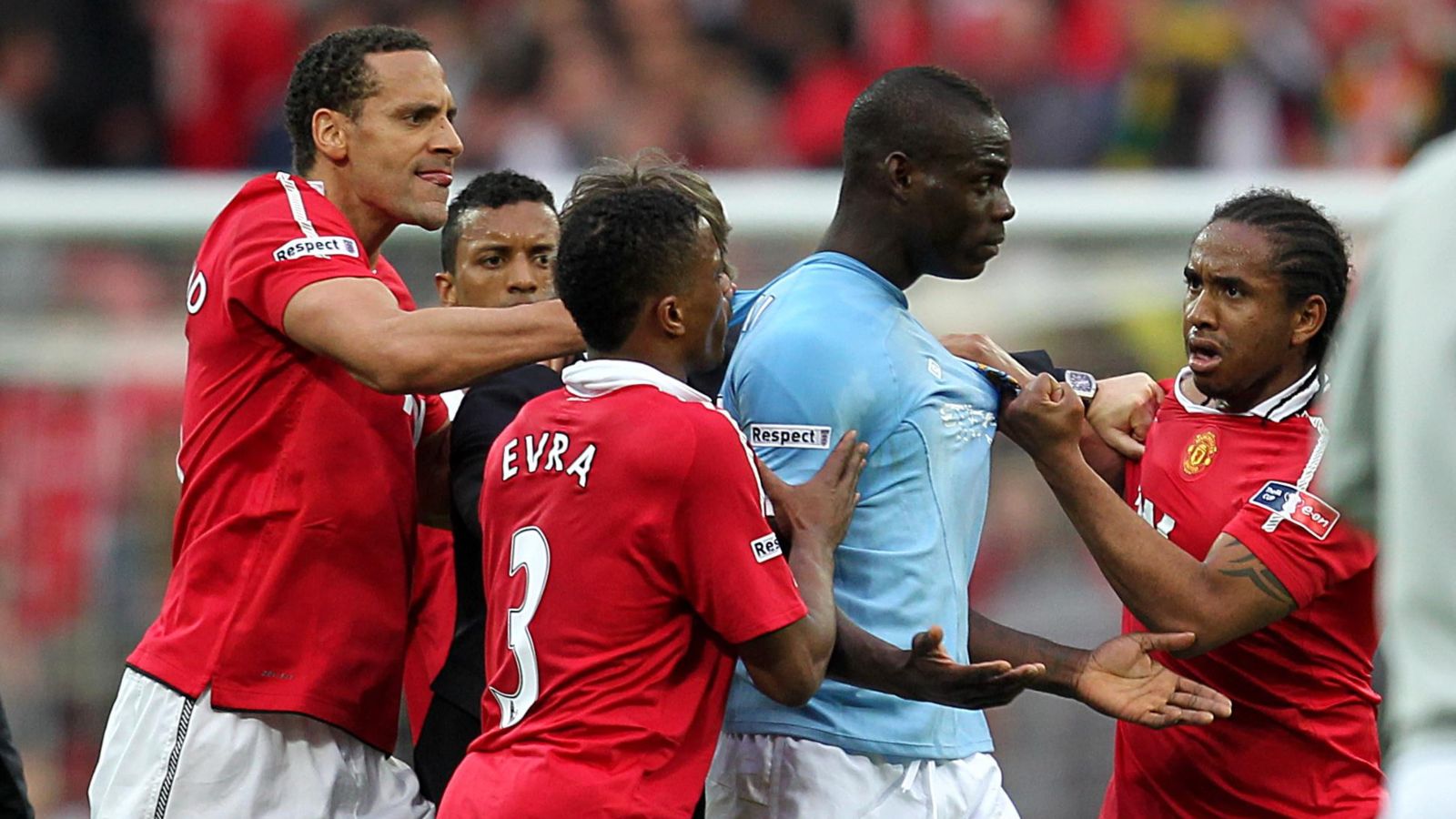 Balotelli played for both Liverpool and Manchester City during his time in the Premier League, scoring 20 Premier League goals in 54 appearances for City and just one league goal in 16 for the Reds.

Ferdinand had a number of run-ins with Balotelli over his four seasons in England and he has revealed his hatred at the time for the Italy international.

Ferdinand told his Vibe with Five YouTube channel: “I hated Balotelli, hated him. He did a couple of things I didn’t like with the fans and I thought he was rude. But I chat with him now, lovely geezer. It’s mad because I’d see him after and it would only be respectful. In the games, in the end I respected it, he was an animal on the pitch.

“Went in at half-time, took off my boot and it was the worst thing I could’ve done. My foot went ‘woof’ I need stitches. I had an injection, for ages it was killing me, got a scar on my foot.”

The current side under Jurgen Klopp didn’t get off to the best start this season with Liverpool drawing 2-2 on the road at newly-promoted Fulham.

Goals from Darwin Nunez and Mo Salah cancelled out a brace from Aleksandar Mitrovic as Liverpool came from a goal down twice to rescue a point against Marco Silva’s side.

And Ferdinand wasn’t impressed, he added: “None of them played to their level. Their manager was quite scathing. Harvey Elliott, he came on as a sub, he impacted the game when he came on. I thought his rotations with Salah and Trent on the right, I think – I hope – it’s something we see more of this season.

“None of them played to their ability. Nunez impacted the game, he changed the game. He commanded the attention of two centre-backs, where Firmino didn’t. So I think it’s going to be him for the number nine shirt now.”