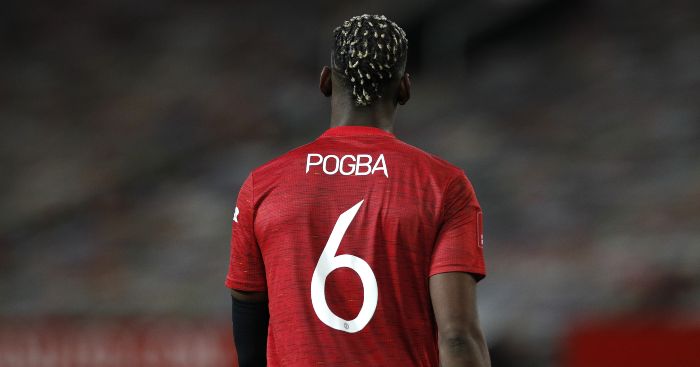 Paul Pogba will find it “very difficult” to leave Man Utd if they win the Premier League title, according to Rio Ferdinand.

The France international rejoined the Red Devils from Juventus in 2016 for a then world-record fee of around £89.3m plus add-ons.

Since then, he has been reguarly linked with moves away from United, while there have been rumours of his discontent circulating.

But the last few months have been different as his brilliant performances on the pitch have helped Man Utd climb to the top of the Premier League.

“I don’t know but whenever I’ve spoken to Paul Pogba, Paul Pogba is happiest when he’s playing on a regular basis,” Ferdinand said on his YouTube channel FIVE.

“Manchester United right now must be a happy place for Paul Pogba to be. So, for him to go somewhere else, if they win the league I think it will be very difficult for him to walk out.

“I think a new contract will probably be on the table and for him to walk away from that, at the start of something he was very committed to when he walked through the door, he wanted to come here and win things and get Man Utd back on track to winning.

“I think he’s the type of person who’d want to continue that and create a legacy at this football club. At this moment in time, if Pogba leaves at the end of this season – even if they win the league he hasn’t created a legacy that he would’ve wanted to walking through that door.”