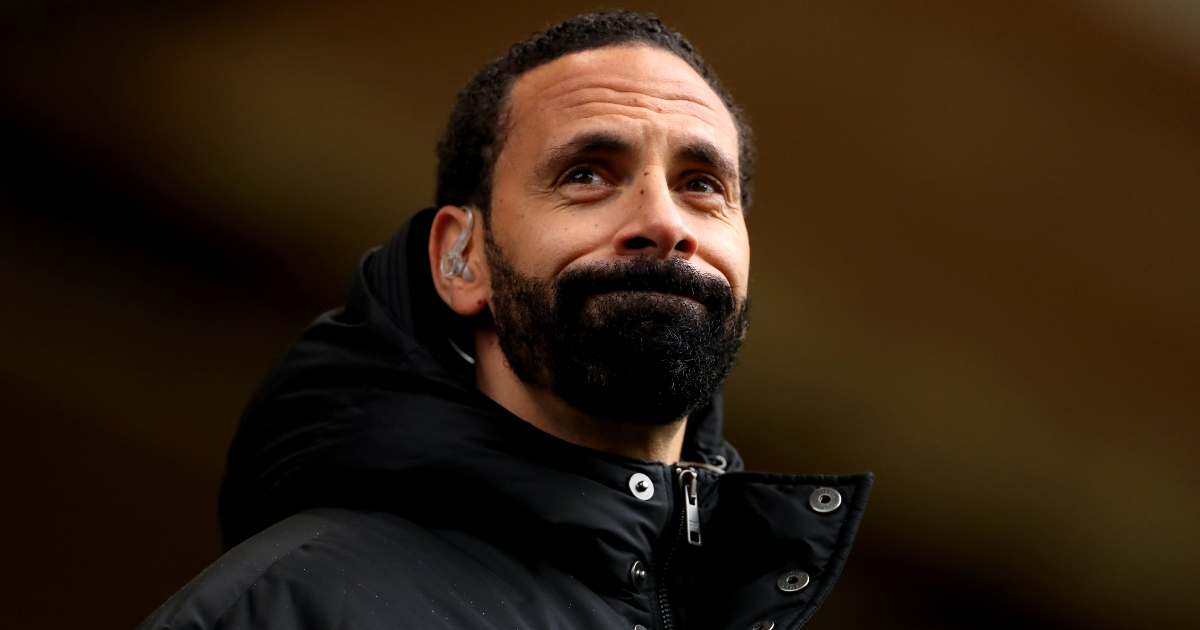 Rio Ferdinand has revealed that Liverpool midfielder Thiago Alcantara phoned the Manchester United legend back in 2013 asking for him to sort out a transfer to Old Trafford.

United were entering a new era at this time as David Moyes replaced Sir Alex Ferguson after 26 years in charge.

At this time, speculation surrounding Thiago‘s future was frequent and a move to the Red Devils seemed a real possibility.

After scoring a hat-trick at the Under-21 European Championship, David De Gea wrote on his match ball ‘See you in Manchester’.

Speaking on his YouTube show, Vibe with Five, Ferdinand claimed: “Before Thiago left Barcelona, he called me.

“We played against Barcelona in the States on tour, and he was unreal,” referencing a 2011 pre-season friendly.

“He was playing as the 10, and he scored a worldie.

“So we knew about him anyway, and a few years later, Moyes was manager.”

The ex-defender confirmed that it was also Thiago who initiated the contact.

“I don’t speak to Thiago, I don’t know him, but David De Gea gave him my number,” the 42-year-old revealed.

In Moyes’ first summer in charge, United were linked to numerous big names such as Cesc Fabregas, Gareth Bale and Thiago, but didn’t land any big-money signings except Marouane Fellaini.

“So I spoke to the people at the club, Moyes and Woodward. I mentioned it,” Ferdinand said.

The board responded by saying: “‘We’re already down the line with a couple of other signings. It’s fine.’

Thiago had a choice between United or Pep Guardiola at Bayern Munich, who had helped develop the Spaniard at Barcelona.

“He ended up ringing me up next morning again, ‘I’ve slept on it, can you let me know about Man Utd, what’s going on?’

“He said again, ‘I’ve got 24 hours to make a decision, otherwise Pep won’t take me to Bayern Munich’.”

Thiago, who has recently spoken on his dislike of modern football, did make the move to Bayern, winning seven Bundesliga titles and one Champions League crown before leaving for Anfield last year.