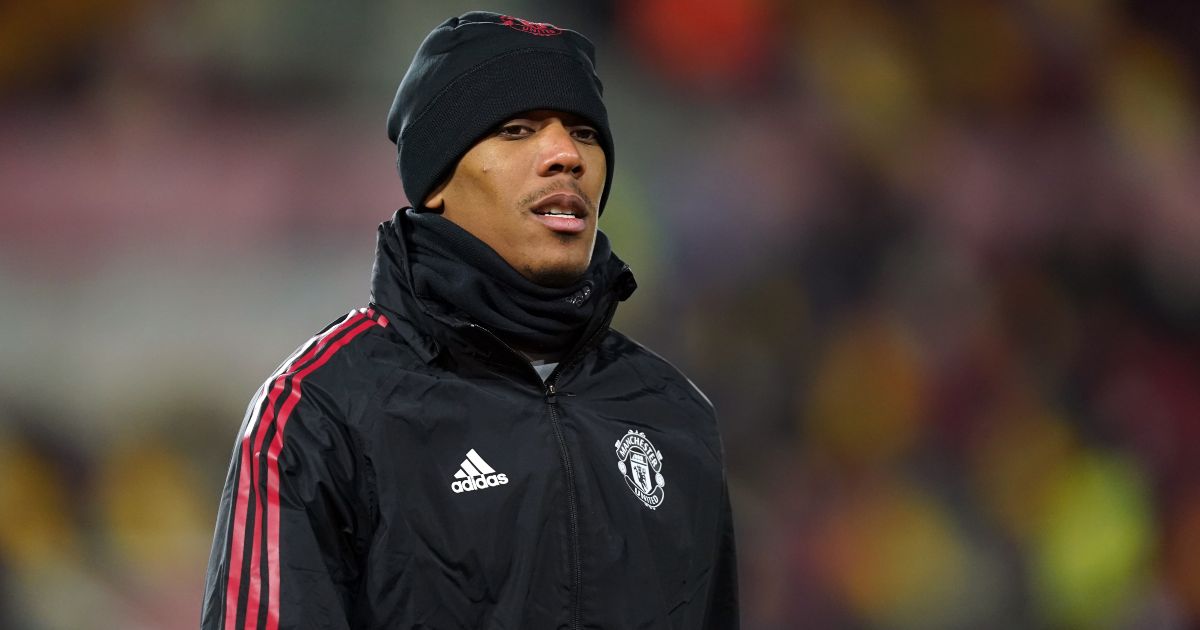 Rio Ferdinand doesn’t thinks Anthony Martial moved “enough of the ball” or made “runs in behind” during his time at Man Utd after leaving on loan to Sevilla on Tuesday.

There is no fee involved in the move but Sevilla, who are currently second in LaLiga, have agreed to cover Martial’s wages. There is no option to buy at the end of the deal.

A statement on the Man Utd website read: “Manchester United forward Anthony Martial has joined Sevilla FC on loan for the remainder of the 2021/22 season.

“The Frenchman completed a medical in Andalusia, after the two clubs agreed terms for his temporary transfer.”

Martial, who joined Man Utd in a £36million move from Monaco in 2015, had been heavily linked with a move in recent weeks after falling down the pecking order at Old Trafford.

The 26-year-old was at the centre of controversy earlier this month when interim manager Ralf Rangnick claimed he had refused to play in United’s 2-2 draw at Aston Villa in the Premier League.

Martial – who has made 269 appearances for Man Utd, scoring 79 goals – denied that, insisting he “never disrespected and never will disrespect the club and the fans”.

The France international returned to the squad as an unused substitute against Brentford last week and then came off the bench in Saturday’s 1-0 win over West Ham, where he had a hand in Marcus Rashford’s late winner.

And Ferdinand doesn’t think Martial did enough during his time at Man Utd to warrant a starting berth and reckons the France international needs to change his game.

“When Martial gets the ball to feet he’s a threat to any defender, you can tell, you can see defenders are on edge when he gets the ball. When he runs at you he’s phenomenal,” Ferdinand said on his Vibe with Five podcast.

“I just feel with Anthony Martial he didn’t move enough of the ball, he didn’t make runs in behind.

“But he’s quick! Sometimes you’ve got to vary the way you attack opponents and you can’t always want the ball to feet.

“I just feel he probably didn’t hurt defenders in behind as much as he could have, and he didn’t threaten in behind like he should have.”

“You look at Sadio Mane, Marcus Rashford sometimes when he plays off that left-hand side, Raheem Sterling, they don’t only just come to feet because for a defender it becomes a lot easier to read.

“You have to vary the point of attack and I don’t think he did that enough.”

Ferdinand added: “You see things levied at him that he didn’t smile or he was moody etcetera, but I just feel if you look more at his football and the way he played his football: inconsistencies.

“When you’re going to build a winning team you can’t have people that are inconsistent in your team.’

‘It’s about output and doing it on a consistent basis and I think there might be some sort of mentality shift that he needs, maturity maybe.

“But something has got to click from within for him to go on now and really fulfil that potential that he has, because I think he’s a fabulous footballer on his day but there haven’t been enough of those days.”