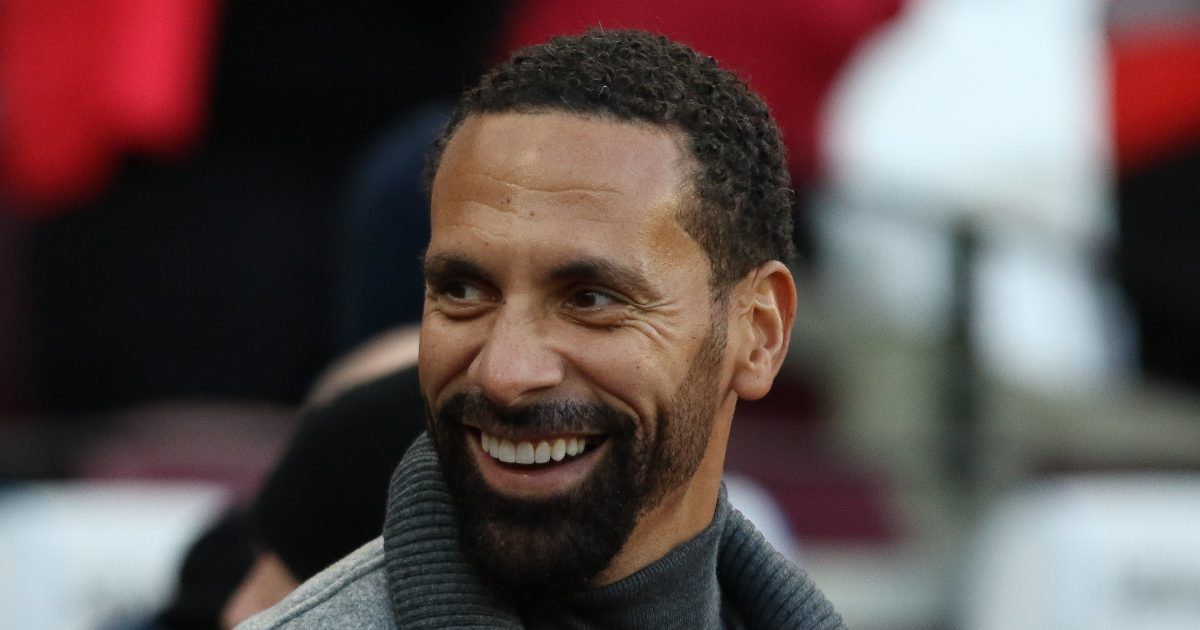 Former Manchester United star Rio Ferdinand has revealed that he could have joined Chelsea instead of Leeds United in 2000.

Ferdinand came through the ranks with West Ham and he made his senior debut for them in 1995. He went onto make over 150 appearances in all competitions for his boyhood club.

The Englishman was one of the highest-rated defenders around at the time. His form for the Hammers led to his British-record £18m move to Leeds United in November 2000.

OPINION: Glazers out? No sign of shifting Man Utd’s scavengers

But during his appearance on the Eddie Hearn: No Passion, No Point podcast, Ferdinand suggested that he could have ended up at Chelsea:

“I could’ve gone to Chelsea – I got a phone call just as I was going to Leeds.

“I just said to the geezers, ‘there’s no point even trying to pitch the idea to me. I need to leave London. I’ve got all my mates, I go out every weekend. I can go anywhere in town – I’m living a distraction.’

“Going to Leeds was getting me away from my mates, who were good boys, but we were getting in trouble and going out too much.

“I didn’t have a hand break, everything was full throttle. The best decision was looking at myself and moving to Leeds when I did. Best thing I done.”

Ferdinand went onto have an illustrious career at Man United. The BT Sport pundit has labelled the club’s plans to join the ESL as a “disgrace” and the decision was made because of money:

“I think this breakaway group of teams, this is a war on football. It’s a disgrace. It’s embarrassing. And it goes against everything football is about. It’s a closed shop for these bigwigs and it’s completely and utterly only about one thing and that’s money.

“The rich getting richer and the others not even being considered. There’s no consideration for the history, for the people in the different parts of the pyramid below the top, top teams that they’re trying to separate from. It’s a disgrace, I can’t believe it.

“How have they got the audacity to do it in the climate we’re in at the moment with the pandemic around the world?

“People struggling in the streets, people struggling all around the world, and these lot are sitting there in their own little pub or room somewhere, speaking and talking and colluding about this little idea they’ve had and then come out and break it like this.

“It’s a disgrace and I think the element of being anti-competitive goes against everything football is about. Relegation, promotion, being rewarded for winning, being punished for not winning: these are things that add to the value of our game that we love.”