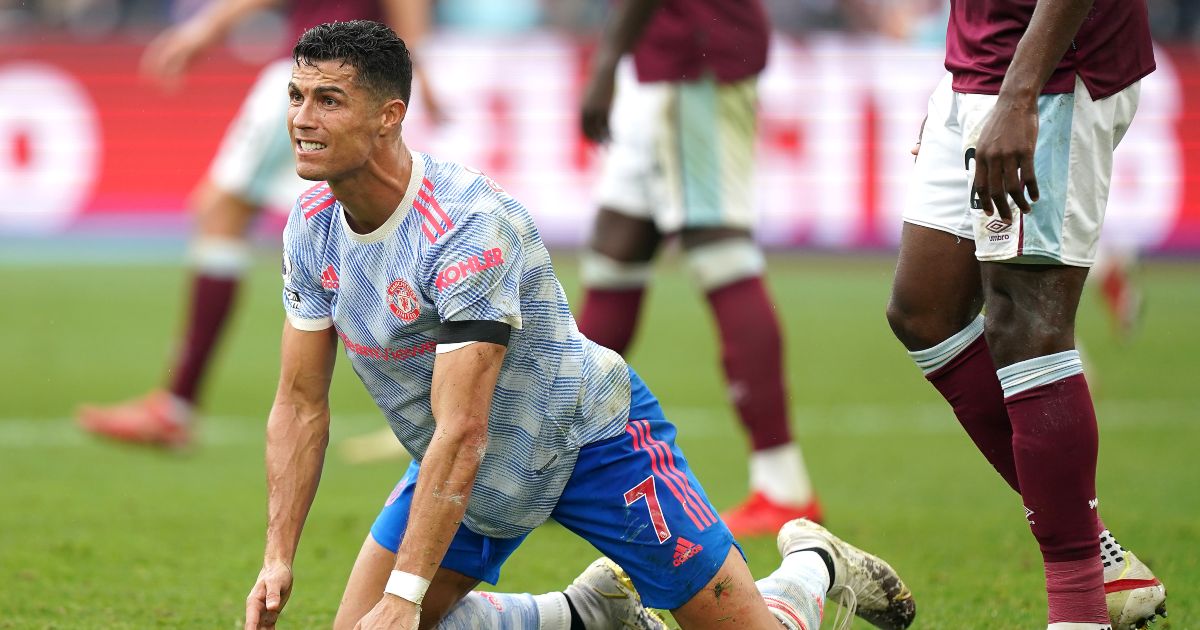 Rio Ferdinand claims Manchester United forward Cristiano Ronaldo is being denied “stonewall” decisions “because of his ego, stature and status”.

Ronaldo made two appeals for a penalty in the Red Devils’ 2-1 victory over West Ham on Sunday after challenges from Vladimír Coufal and then Kurt Zouma.

However, referee Martin Atkinson was having none of it and waved away both appeals for a spot-kick.

And Ferdinand has suggested that referees are worried to give decisions in Ronaldo’s favour as it looks like they are “pandering to him”.

The former Man Utd defender said on his Vibe with Five YouTube channel: “The penalties – how is that not a penalty? It’s almost like he’s getting treated a certain way because it’s him, like ‘I can’t give it because it’s Ronaldo because I’m going to look bad and I’m pandering to him because of his ego, stature and status’.

“No, it’s a stonewall-er, a 100 per cent penalty. I don’t understand how you can’t give that penalty, even with VAR, how are you not giving that penalty?”

Alan Shearer agreed that Ronaldo should’ve had at least one penalty against West Ham, the former Newcastle striker told BBC Sport: “It was a very strange game in terms of refereeing decisions and VAR and I thought they got so many things wrong.

“West Ham should have had another penalty and United should definitely have had one – possibly two – spot-kicks, both for fouls on Cristiano Ronaldo which looked obvious.

“It could have been a day when those decisions cost United a win, but it turned out to be a big three points for them.”

However, talkSPORT pundit Jamie O’Hara claimed yesterday that Ronaldo dived to try and win a penalty under a challenge from Zouma.

O’Hara said: “The contact is there because he’s anticipated Zouma coming in. Just take the tackle. Zouma dives in. Take the tackle and then it’s a penalty. The fact that you go down before you feel the contact, you’re diving.

He added: “That’s not a penalty. He’s running at pace. Yes, he’s pushed it past Zouma but if you look closely and watch from all angles, he’s already on his way down.

“He’s dived. He’s looking for the penalty. Yes, Zouma is late. If he pushes it past him and then just takes the contact, then it’s a penalty, but what annoys me with Ronaldo in that one is that he’s already looking for it.