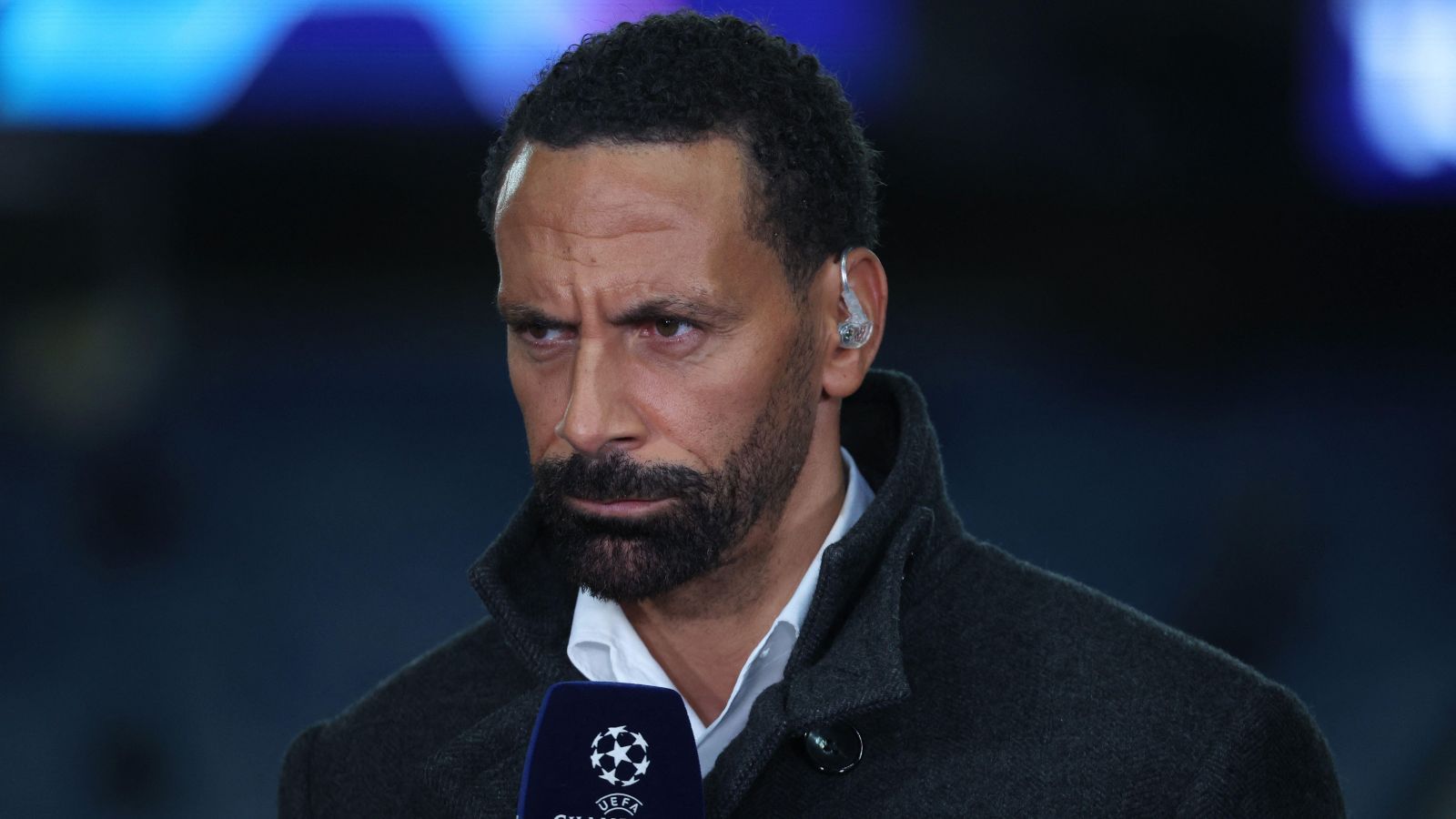 Rio Ferdinand is baffled by Jadon Sancho’s poor form for Man Utd with the former defender telling the winger: “this isn’t you man”.

The 22-year-old is in his second season at Old Trafford after moving from Borussia Dortmund for £72m in the summer of 2021.

Sancho had an underwhelming debut campaign for Man Utd with the England international contributing three goals and three assists in the Premier League.

And he has struggled again this term to become the creative force everyone had expected with just two goals and one assist in ten league fixtures.

“His confidence just isn’t there. The confidence and the swagger when he walked through the doors at Old Trafford isn’t there right now,” Ferdinand said on his Vibe with FIVE YouTube channel.

“I don’t know what it is. I’m trying to put my finger on it because the team is actually getting him into good positions.

“The ball gets to him and the Sancho I know and have seen… get him on the corner of the box and you’re in dreamland.

“But then he’s just coming back out and playing back and recycling the ball. This isn’t you man.

“I don’t know what it is and Antony has been the same in some games. A lot of the times he comes back, doesn’t go on the outside or cross the ball. He’s exciting but he’s still passing the ball back a lot.

“With Sancho I just feel that it’s in there and what I will give him credit for is his defensive work. His shape has been good but it’s the other side of the game that’s missing and that’s why we bought him.

“We didn’t buy him to be a defender, we bought him to destroy teams, I want to see more from him and Anthony in that area.”

“I just want to speak about Sancho because when I watch Man United I look at Antony, I look at [Marcus] Rashford, I look at [Bruno] Fernandes and they look like they want to take a player on and want to do something and take responsibility in the attacking third,” Agbonlahor said on talkSPORT.

“Sancho, he gets the ball and passes it backwards. If I was Luke Shaw I’d say ‘stop passing it back to me, I’m giving you the ball so take someone on’.

“At Dortmund he was doing it every week. His confidence is that low, does he feel like he doesn’t have the speed or the trickery to get past someone?”

Agbonlahor added: “He’s being brought off after 52 minutes for Fred [against Chelsea].

“Fred was unlucky not to start because he did very well last game but it just shows that they’ve had to play Fernandes up front for the last 35 minutes, Rashford went to the left and Antony stayed on the right because Sancho can’t perform.

“How many times do you have to play him? If you’re Ronaldo you’re probably thinking ‘how many chances is this guy going to get?’

“Elanga, how many times is Sancho going to get the chance to play for Manchester United because he’s not performing and he’s a million miles away from a chance to play at the World Cup.”