Home Manchester United ‘Where the hell are they?! Get here!’ – Ferdinand slams ‘disrespectful’ Man Utd owners 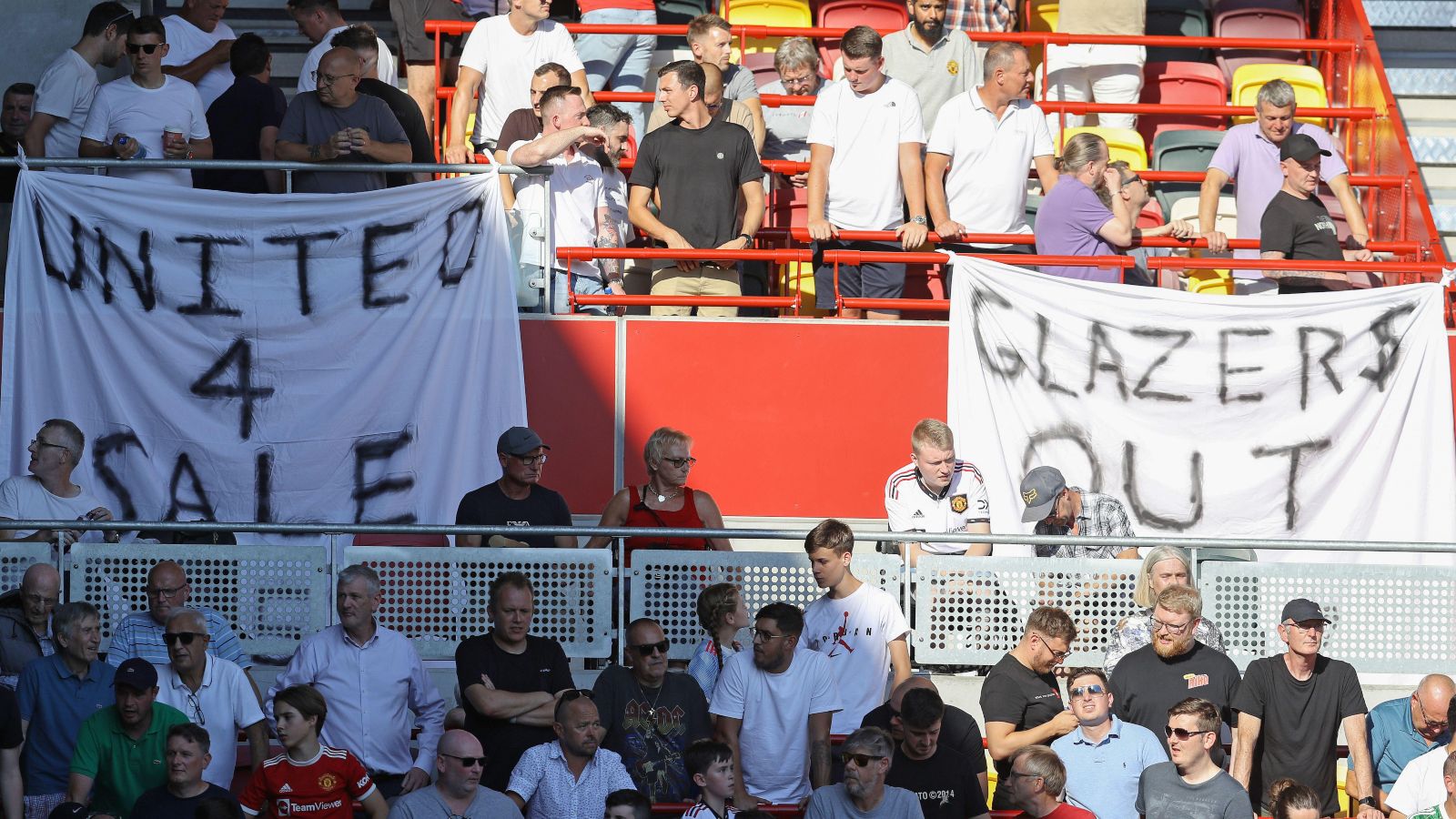 Rio Ferdinand thinks the Glazer family need to take a more hands-on approach after being “disrespectful” to the Man Utd supporters.

The Red Devils hit a new low in the post-Sir Alex Ferguson era after they lost 4-0 to Brentford in their first away game of the new Premier League season.

It was the first time that Man Utd have found themselves 4-0 down at half-time since the Premier League was formed, with goals from Josh Dasilva, Mathias Jensen, Ben Mee and Bryan Mbeumo condemning them to defeat.

Erik ten Hag has now lost both his opening two Premier League matches of the campaign after losing 2-1 to Brighton at Old Trafford on the opening weekend of the season.

Despite the performance being “indefensible” Ferdinand insisted that he wouldn’t blame Ten Hag as the defeat is a symptom of a “wider problem” at the club.

Ferdinand told his Vibe with Five YouTube channel: “You don’t want to absolutely smash players or smash people at the football club. But you can’t defend this! This is an indefensible situation right now because it’s so bad, it’s terrible.

“I mean, we’re only two games in, but we’re two games in on the back of what happened last season as well by the way.

“So, people can’t go ‘oh, it’s only two games,’ and I’m not even blaming the manager.

“I wouldn’t blame Ten Hag right now. You can pick at his team selection or whatever but this is a bigger problem, a wider problem than that.”

The Glazer family have been blamed for many of the club’s problems in recent years and Ferdinand has called on the Man Utd owners to show their faces at the club more.

Ferdinand added on the American owners: “Where the hell are they?! Get here! Get over here!

“This ain’t like no normal business, this is a football club with heritage with history, with character, with personality, real people involved. So, treat it like that.

“They don’t communicate with the fans, they’re not communicating with the people, no one knows where they are, no once can put a face to it! I think that’s disrespectful and I think it’s out of order.

“I think they need to come here and put themselves right at the front and start shouldering some of this blame. Because they are allowing other people to take the blame and they are intrinsic in what goes on at this football club — good or bad.

“We’re not just losing, we’re getting battered. We’re an embarrassment at the moment and no one’s coming here to front up.”