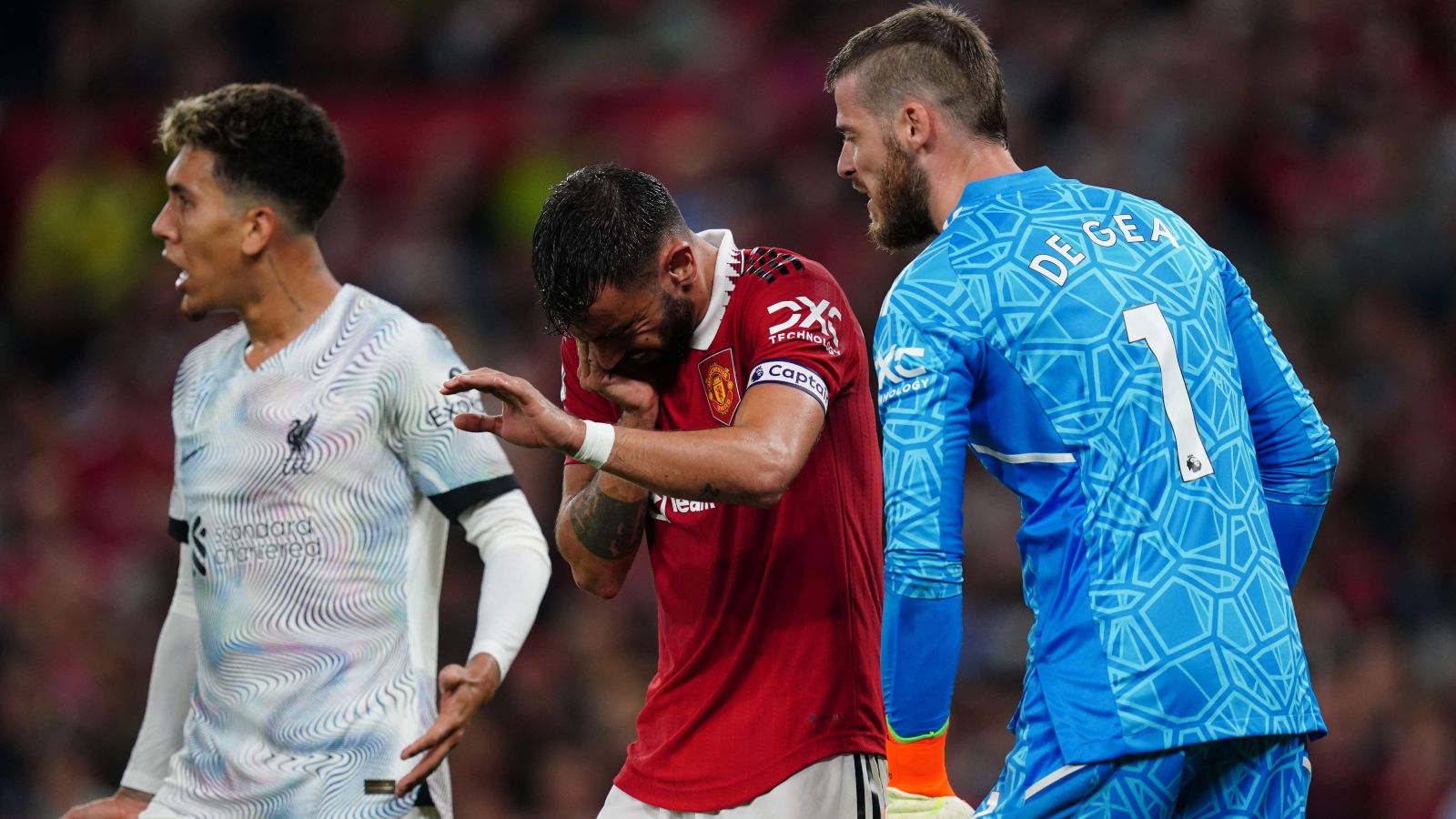 Maguire was dropped, along with Cristiano Ronaldo, Luke Shaw and Fred, from the side who were embarrassed 4-0 by Brentford the previous week.

That performance sent alarm bells ringing around the fanbase but they bounced back in perfect fashion with a 2-1 victory over arch-rivals Liverpool on Monday night.

Fernandes was among the players back to their best for Man Utd with goals from Jadon Sancho and Marcus Rashford helping them to victory over Jurgen Klopp’s side.

And former Man Utd defender Ferdinand reckons he would be a great choice as the next captain with Maguire’s future in the starting XI slightly uncertain.

“I think I’d stick with who we’ve got at the moment, he looks like he [Fernandes] feeds off that responsibility,” Ferdinand told his Vibe with Five YouTube channel.

“Bruno has an ego and wants to be the main man. When Cristiano comes in there is no discussing who the main man is. There’s no disguising he’s the main man, regardless of who you are, what you’ve done.

“I think when Bruno came here he was the main man, a cult figure because of his performances and goals and that was kind of put in the shadows when Cristiano Ronaldo came. He’s come off the levels as much as anyone because he was hitting such high levels.

“Listen, the levels he was hitting he couldn’t continue that because it was ridiculous what he was doing, the output. But to drop off from where he was, he would benefit the most from getting the armband.”

The whole team looked better without Ronaldo in the side and Ferdinand reckons his time at Man Utd could now be coming to an end before the transfer deadline.

“Today he looked disciplined in the way he jumped out and was pressing. He just looked, his whole demeanour, I just sense a difference when Cristiano’s not there. It just seems like the whole aura of Cristiano for some people like it or not, sometimes it’s too much pressure for some people they see the game different.

“It’s not a fault of those players, it’s just who they are. their stature is so great it can be daunting, it can weigh heavy on other players but the manager might think is he a burden on some of these players. It shouldn’t be like that but unfortunately if it is that case and there are too many players in their shells when Ronaldo is about, he may say his time’s up.”