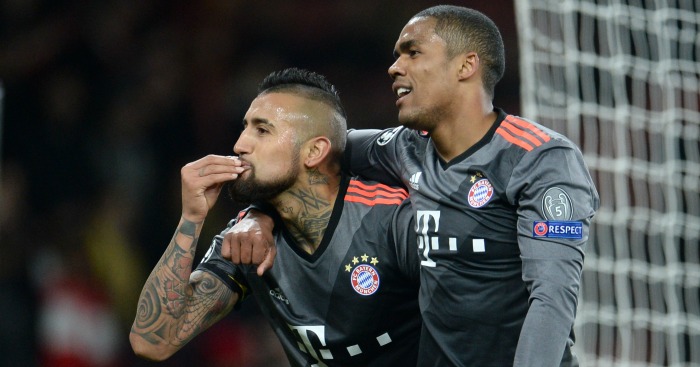 Former Manchester United defender Rio Ferdinand has revealed exactly who he would sign this summer.

Ferdinand’s top target would be Antoine Griezmann, but he believes he, Toni Kroos and Luka Modric will be hard to prise away from their clubs.

Speaking to The Times, Ferdinand believes Adrien Rabiot and Saul Niguez could be good options should the big names not come off.

“The first thing Mourinho must address is killer instinct. He needs somebody other than Zlatan Ibrahimovic to decide matches,” Ferdinand told The Times.

“In the United I joined, if Ruud van Nistelrooy wasn’t scoring, Paul Scholes would pop up or Ole Gunnar Solskjaer or Ryan Giggs. Later, if Cristiano Ronaldo drew blanks, we had Rooney, Carlos Tevez, Louis Saha stepping in.

“I’d love to see Antoine Griezmann at Old Trafford. For four years running he’s scored 20-plus goals for Atletico Madrid in Spain and has genuine class and ability.”

“Previous Mourinho teams contained powerhouses, guys who dominated physically. I see him going for that type in midfield.

“United are linked with Monaco’s Tiemoue Bakayoko. His midfield partner, Fabinho, is very good too.”

“Toni Kroos and Luka Modric, but you’re not going to prise them from Real Madrid”.

“I like Adrien Rabiot at Paris Saint-Germain, and Saul Niguez of Atletico Madrid is another candidate. These are top players and will cost an arm and a leg.

“I also admire Douglas Costa of Bayern Munich. He’s an electric player with pedigree who is not always in Bayern’s starting line-up and he’d be worth paying big money for.

“United have always played with wingers and you’ve got Ibrahimovic to feed in the air. But most of all, the team needs legs.”

So just the eight players mentioned, then?