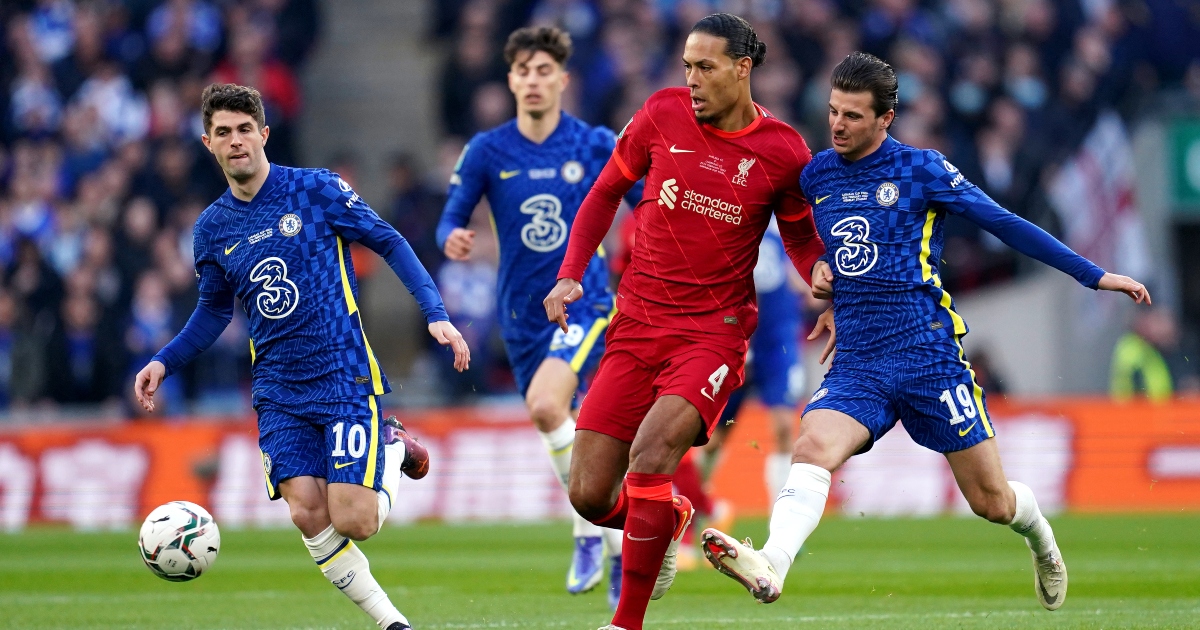 Rio Ferdinand thinks Joel Matip is “underrated” and is “better at passing through the lines than” Liverpool team-mate Virgil van Dijk.

Matip has been in and out the team over the past couple of seasons but he has now jumped ahead of Joe Gomez in the pecking order at Anfield to become Van Dijk’s regular partner.

Jurgen Klopp also strengthened the Liverpool backline with the arrival of Ibrahima Konate from RB Leipzig in the summer.

Liverpool have 66/1 Quadruple ‘within their grasp’ now

But Matip has started 30 matches in all competitions this campaign as Liverpool boss Klopp puts his faith in the former Cameroon international.

And Ferdinand reckons that Matip is “underrated” by many and actually has an attribute better than Van Dijk, who gets most of the praise for the Reds’ solid defensive displays.

“Matip’s underrated,” Ferdinand said on his Vibe with Five podcast. “He’s better at passing through the lines than Virgil. He passes through to the strikers much cleaner.

“But Virgil has got that big switch (of pace), it’s a bad weapon.”

Meanwhile, Van Dijk has come in for more criticism than normal this season and the Liverpool defender reckons his recovery from a serious injury has not been “appreciated” enough.

“I feel very good. I think the winter break really helped me, to get away with my family, to get some time to really switch off, not to think about football and the pressure we are all under,” Van Dijk told the Daily Mail ahead of their League Cup final victory over Chelsea.

“I felt a little bit taken for granted at times, like people were acting as if nothing had happened and everything was normal.

“I had to really switch off and get myself clear in my head and make sure I told myself that everything that is happening right now is quite good and be proud of it.

“It isn’t really normal, after the injury I had, to be able to already play that amount of games and the level I had already reached, in my opinion.

“The games before the break, I felt I had good games but to keep that consistent level and also the level that everyone expected of me was always like a pressure. It was a thing that played a part in my head a little bit, not much but still…

“Even if I had a good game, I felt like no one appreciated it as much as they should.

“Not that I’m insecure and need to have confirmation all the time, not at all, but I felt like coming back from an ACL/MCL [anterior or medial cruciate ligament] injury and playing the amount of games I have played so far, playing three games a week, it is quite good and should not be overlooked. And it was overlooked in my opinion.”